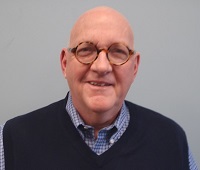 Tom Repasch began teaching at NCC's Bethlehem Campus in 2012, starting with a course on the United Nations based on his experience as a diplomat representing the United States at UN Headquarters in New York.

Now retired from the State Department, Tom serves as a member of the UN Staff Pension Fund and was appointed to the audit committee of the International Telecommunication Union in Geneva, Switzerland. He has also taught classes on the Myers-Briggs Type Indicator (MBTI) and, following two of his strong interests, has presented classes on his search for the best pizzas and on the great American songbook.

In his spare time, Tom volunteers as a docent at the Stickley Museum in New Jersey and enjoys going to the theater, watching the latest films, and visiting gardens. Tom lives in Bethlehem and approaches his teaching with enthusiasm and a strong desire to learn from his students.