A Tale of Two Regions

"Many people do now know how connected the Lehigh Valley and Philadelphia have been and continue to be," says Robert F. Smith, Ph.D., assistant dean of humanities and social sciences at Northampton Community College and the author of Manufacturing Independence: Industrial Innovation in the American Revolution.  He has written a recent entry "Lehigh Valley," published in the Encyclopedia of Greater Philadelphia. 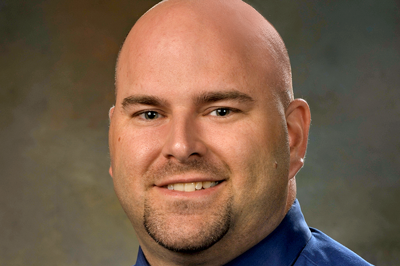 Writing Manufacturing Independence: Industrial Innovation in the American Revolution sparked Smith's interest in the ties between the Lehigh Valley and Philadelphia.  While researching the book, he learned that Philadelphia served as a large and stable market for Valley industries such as that of iron and steel.   Even before rail transportation, flatboats plying the Susquehanna River and other waterways carried coal through the Valley to the Philadelphia area.  The Lehigh Canal operated into the 1940s.

Links between the Valley and Philadelphia go far back.  Upon the Minsi Trail, a trade and communication route created by Lenape Indians to connect tribe members in the Delaware, Lehigh and Lackawanna river valleys, later European-derived inhabitants built the King's Road, a thoroughfare enabling merchants to sell furs, timber, and agricultural products to  Philadelphians.  During the British occupation of Philadelphia during the American Revolution, Philadelphians were able, through these conduits, to move some of their manufacturing operations to the safer towns of Bethlehem and Allentown.  General Washington sent wounded soldiers from the Battle of Brandywine, a town near Philadelphia, to the Moravian Brethren House in Bethlehem to be nursed by Moravians.

Ever busier with passengers and goods, the King's Road evolved, along with some modifications, into the Bethlehem Pike and, in 1926, to Pennsylvania Route 309.

New railroads, stagecoach lines, trolley lines, and canals further expedited the Lehigh Valley's link to Philadelphia.  In addition to iron and steel, the valley's improved transportation outlets enabled the cement, slate mining and iron and zinc smelting to thrive.  These materials, made in the Lehigh Valley, provided necessities for Philadelphia's manufacturing and construction sectors. The Bethlehem Steel Corporation provided the steel used in Philadelphia's Benjamin Franklin Bridge in 1926.

Over the years, as Smith's article details, transportation and work opportunities brought many different ethnic groups to the region.

The federal government recognized the historical and ongoing link between the Lehigh Valley and the Philadelphia regions by formulating the Delaware and Lehigh National Corridor.  Another city, New York, entered the picture when the Census Bureau made the Lehigh Valley part of the New York Metropolitan Statistical Area.  The designation recognizes the great numbers of New Yorkers moving to the Lehigh Valley and commuting to New York to work.  Many of those who have relocated also find employment in the Valley.

Connections between the two metropolitan areas continue to surge.  For example, healthcare institutions such as St. Luke's University Hospital and Lehigh Valley Health Network have expanded into the Philadelphia area.  The Valley's many cultural and entertainment attractions draw tourists to the region as a destination.

Although the Valley's primary employer, Bethlehem Steel, closed its Bethlehem plant in 1995, the region continues to thrive, thanks to the foresight of regional leaders in the 1960s.  Health insurance, banking, engineering, health care, and industrial complexes keep the Valley vital.

The Lehigh Valley has long been a vibrant area.  "The majority of the Lehigh Valley's development has been tied the region to Philadelphia, but that did not keep the valley from becoming an economic and cultural hub in its own right," concludes Smith.

Smith's current project is another encyclopedia entry about machining in Philadelphia.  He will also be giving presentations in the next several months.