Top 20 in the Nation 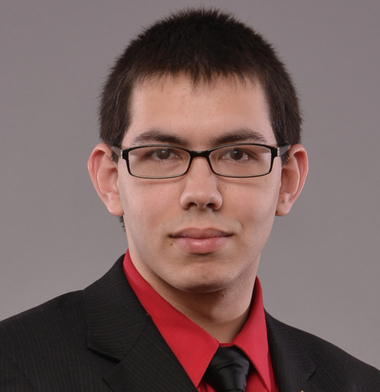 Last week Aaron Rosengarten was celebrated in Harrisburg as Pennsylvania's New Century Scholar after earning the top score in a statewide competition based on community college students' grades, leadership, activities and application of intellectual talents beyond the classroom.

Today he was honored in San Antonio, Texas, and featured in a special wrap of USA TODAY, as a member of the All-USA Community College Academic Team.  He was one of only 20 students in the nation chosen for the team from more than 1700 nominations in a program sponsored by Follett Higher Education Group and presented by USA TODAY with support from the American Association of Community Colleges and the international honor society Phi Theta Kappa.

Rosengarten earned both accolades.  He has excelled in and outside the classroom since coming to Northampton from Wilson Area High School.  He holds a 3.96 grade point average and serves as president of both the campus chapter of Phi Theta Kappa and the Political Science Club.  He also is a graduate of the student leadership program and represents students on the College's Academic Appeals and Disciplinary Committee.

After graduating from Northampton this spring, he intends to continue his education to earn a bachelor's degree and ultimately a Ph.D. in political science as well as a law degree.  He plans to practice law and perhaps to run for public office.

The president of Northampton Community College, Dr. Mark Erickson, says "Aaron is a combination of smart, hard-working, ambitious, and humble, all rolled into one. He is a joy to work with and fun to watch.  There is an internal fire in Aaron that will take him far.  It will be fun to see all he will accomplish!"

As a New Century Scholar and member of the All-USA Community College Academic Team, Rosengarten will receive $7000 in scholarships to continue his education.