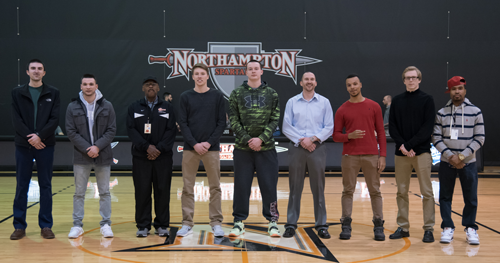 In honor of Northampton Community College's 50th anniversary, the Athletic Department hosted a men's and women's basketball reunion on February 16.  The returning Spartans who were celebrated at the event included: 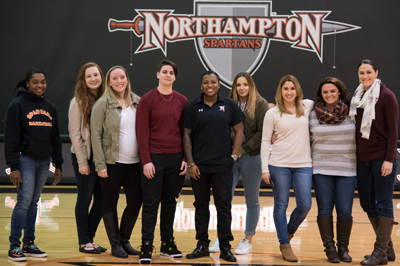 The reunion took place during home games for both the women's and men's basketball teams.  The men's team won 109-66 over Delaware County Community College (DCCC), propelling them into first place in the Eastern Pennsylvania Athletic Conference. The women's team won their match against DCCC with a 106-49 victory, putting them at 16-5 overall.

View more photos from the reunion games in this photo gallery.