A milestone in environmental stewardship 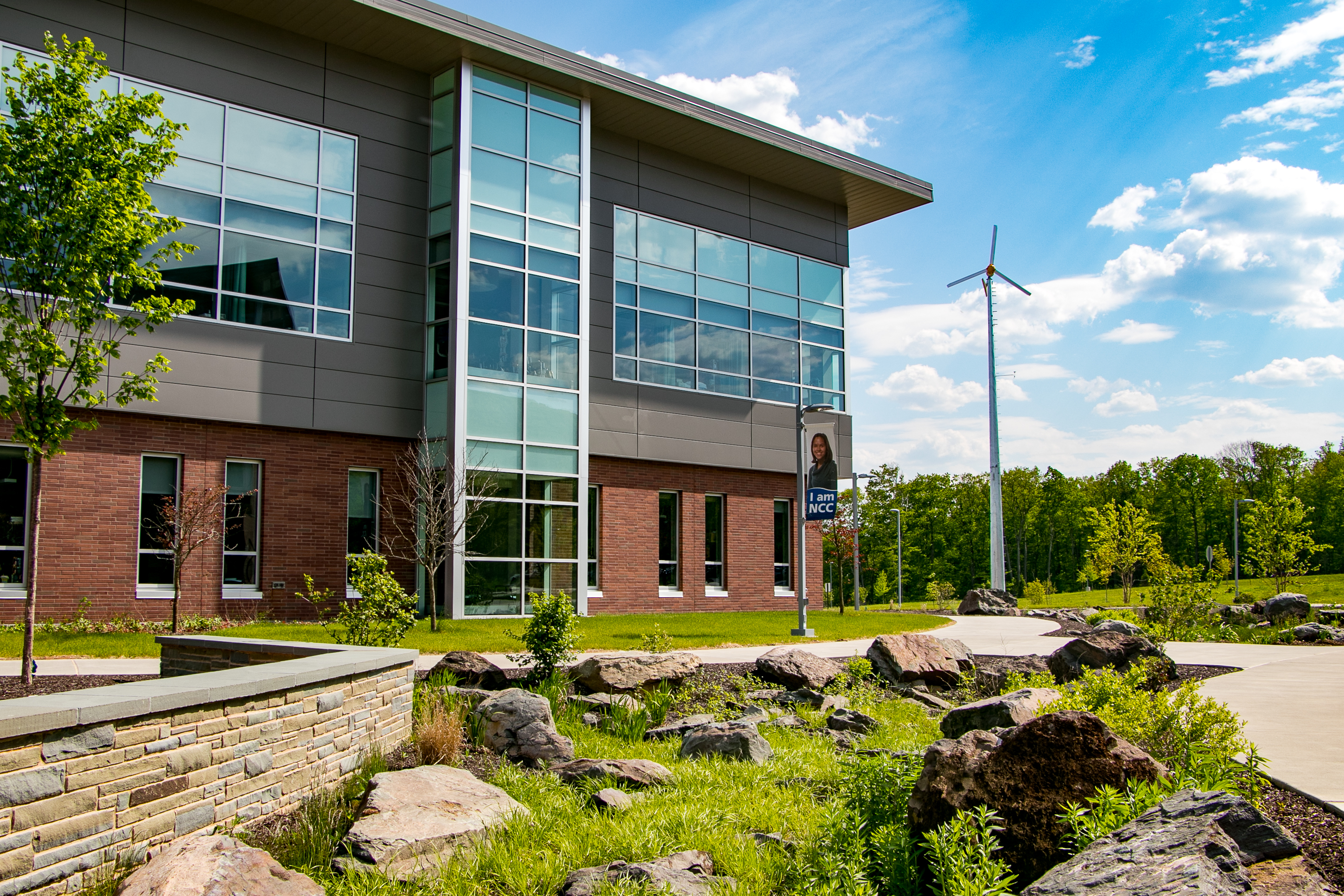 As defined by the US Department of Energy, a Zero Energy Campus is a campus that uses 0% traditional electricity (non-renewable); or put another way, uses 100% renewable energy.  Since the campus was built, on-site solar and wind provided about 40% of the campus electrical needs.  Now the College had contracted for the remainder of the campus electricity to be supplied by a wind farm in Texas and transmitted to the College by Direct Energy Business, LLC..  It is expected to save the college $30,000 per year.

“As a Zero Energy Campus and a L.E.E.D. (Leadership in Energy and Environmental Design) Gold Certified Campus, this cements the College’s commitment to sustainable operations of the Monroe Campus.  We take very seriously our responsibility as a steward of the environment, and as an educational institution that encourages and promotes responsible citizenship of our planet,” says Matt Connell, dean of the Monroe Campus. “The credit goes to Mark Culp and his staff!”

In 2018, NCC reached its ten-year goal of reducing energy consumption by 20%. After reaching this goal, the college embarked on its next ten-year plan, which would push the goal to 30% by 2028.

The Monroe Campus is also a U.S. Department of Education Green Ribbon School, in recognition of NCC's stewardship of the environment and leadership in environmental education.

The campus has a geothermal heating and cooling system, large solar panels over the parking lots, a wind turbine, and native vegetation that reduces the amount of storm water runoff generated by the site.