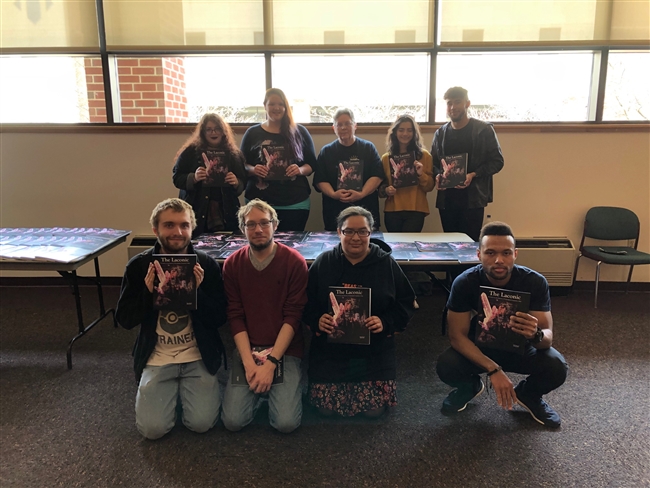 The Laconic Spring 2019 issue release party was held in the second floor lobby of Kopecek Hall on Bethlehem Campus on April 2. Students, faculty and staff gathered to celebrate achievements of Laconic staff and contributors of Northampton Community College's literary magazine.

Ashley Young, editor-in-chief and Laconic Club president, said, "I want to thank everyone who submitted to The Laconic. Without your artwork, photography, poems and short stories, we wouldn't have material to build into a magazine." With over thirty contributors, the magazine highlights a large collection of voices and artists.

Copies of the magazine can be picked up at Laconic kiosks around campus, and in Kapp Hall at the Monroe Campus. Copies can also be picked up in The Laconic office: Penn Hall 216C/D.