Facilitating change on a national level 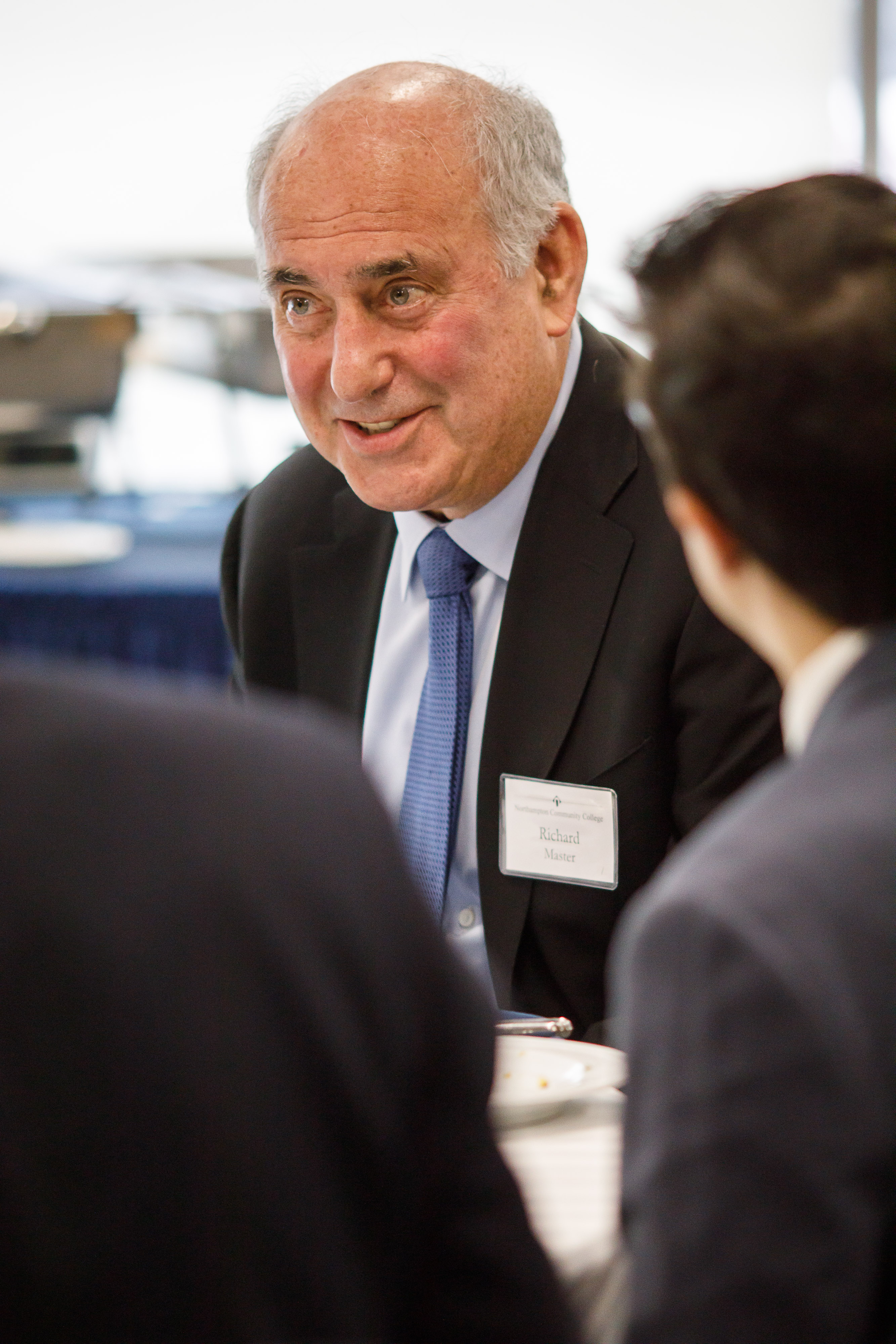 Richard Master is a man who wears many titles.

He’s CEO for a multimillion-dollar company, chairman of the board and an award-winning film producer. He’s also a community leader, dedicated husband, loving father, and most recently, mastermind of a Medicare for All plan that is attracting national attention.

It all makes him a rather interesting fellow, and an ideal candidate for NCC’s Hal Shaffer Executive-in-Residence, a role he played with exceptional gracefulness this spring, much to the delight of the many students he interacted with during his time on campus.

Master, who graduated from the University of Pennsylvania’s Wharton School of Business and Columbia University’s School of Law, is perhaps best known for the company he founded in 1980. That’s when he officially changed the name of his family’s business from Easton Box Company to MCS Industries. Easton Box Company was founded by Richard’s father Harry in 1948 as a manufacturer of rigid paper boxes for the apparel industry.

Richard purchased the company after his father’s death in 1973, leaving behind his career as a lawyer. In 1980, he ventured into the framing industry and in 1981 MCS manufactured its first picture frame. Since then, MCS has become the nation’s leading supplier of picture frames and decorative mirrors, selling to major mass market retailers with $250 million in annual sales.

Master certainly lived up to his name during his visit to NCC. A true master of business, he shared his values and what he has learned along the way at a round table discussion and keynote address with students, faculty and staff on the Bethlehem campus.

Master sat down with NCC students who participated in the Center for Innovation and Entrepreneurship’s Pitch Competition, discussing their inventions and ideas. From a wireless charger to an ultraviolet activated eyeliner and mirror, Master was impressed with what he heard. 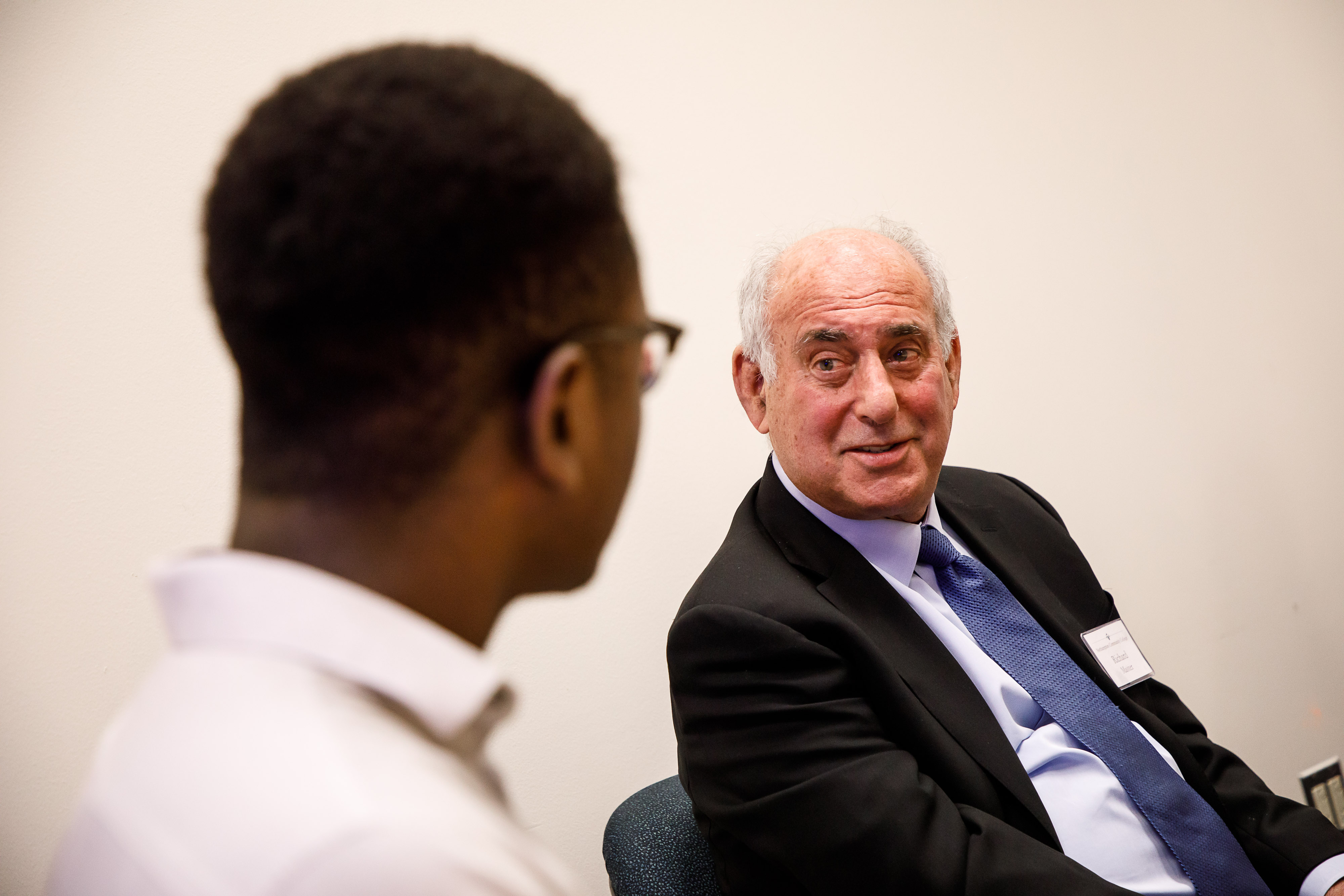 He stressed the importance of developing solid prototypes with the group, and spoke about the need for funding. “If you can’t cultivate your own resources, you have to find them. But, at what cost? Venture capitalists may charge you exorbitant rates of return on your product. A community loan may be a better place to start,” Master stressed.

Students wanted to know the secret to designing products that get noticed. Master, whose company introduces 2,000 new products each year, said it takes a village to do that at MCS. “We have in-house engineers, product designers and graphic artists who help develop products from concept through prototype, and product managers that are charged with bringing them successfully to market,” he said.

MCS works with the largest retailers in North America, like Target, Home Depot, Walmart and Amazon. But being a successful consumer products manufacturer isn’t the only end game for Master. He believes he has a duty to give back to his community and tackle social issues. To that end, he embraces the role of “positive disrupter, an advocate and facilitator of change.”

That spurred his passionate interest in health care, triggered by the relentless annual cost increases in commercial insurance rates the company and employees have been experiencing. Master responded during a several year period, producing three documentaries, Fix It: Health care at the Tipping Point, Big Pharma: Market Failure and Big Money Agenda: Democracy on the Brink, all on the topic of universal health care. In 2017, he was integral in the creation of the Business Initiative for Health Policy (BIHP), located in Washington, D.C., an education and advocacy effort focused on advancing adoption of a Medicare for All system.

“I believe that the business discipline is appropriately utilized for social change,” he said. “Entrepreneurs are analytical and data driven. We will go anywhere in the world to study best practices. While others may be emotionally or personally driven, we approach topics with a business mindset and emphasis on efficiency and prudence. And that can be a healthy approach to social issues.” 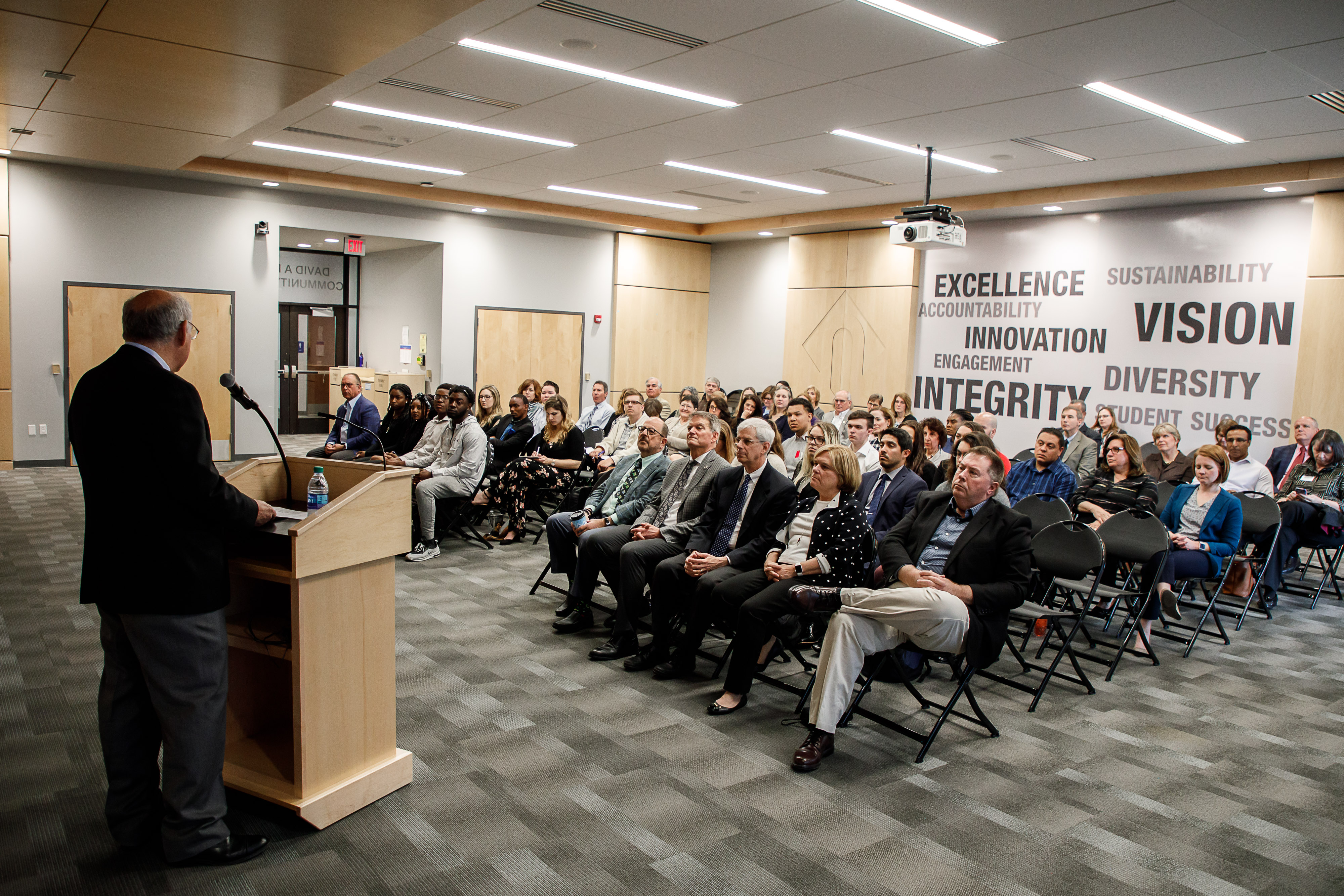