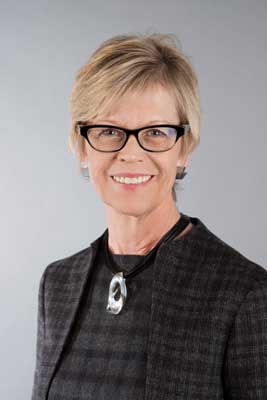 Since assuming the presidency of ESU, Welsh has implemented many new university initiatives such as an administrative council, and summer school and enrollment management task forces. Under her leadership, ESU helped to unveil the Philadelphia Multi-University Center, established collaborative degree programs with the Commonwealth Medical College and Marywood University and the College of Sport and Health Science at Ritsumekan University in Japan. She also announced the launch of LYME-AID, the first commercial licensing agreement of faculty/student research at ESU and within the Pennsylvania State System of Higher Education; opened a new Student Veterans' Center; hosted ESU's first Economic Outlook Summit to raise awareness of economic development initiatives in Monroe County; and supported a partnership with Pocono Medical Center to train ESU students and volunteers to act as health coaches.

Her regional and local community involvement includes service on the Northampton Community College Monroe Campus Advisory Board, the Northeastern Pennsylvania Association of Colleges and Universities, and the Buck Hill-Skytop Musical Festival Board. As president of ESU, Welsh is a member of the Marine Science Consortium Board of Directors, the American Association of State Colleges and Universities, and the Greater Pocono Chamber of Commerce.

Welsh began her academic career as an assistant professor in the department of anatomy at the University of South Carolina School of Medicine, rising through the ranks to professor and chair of her department before being named associate provost and dean of the graduate school. Later in her career she was chosen senior vice president for academic affairs and provost of Adelphi University. She went on to become the provost of Towson University and its interim president during 2011.

She has published numerous articles in academic journals and made presentations at national conferences.