A Visit to the Nation's Capital 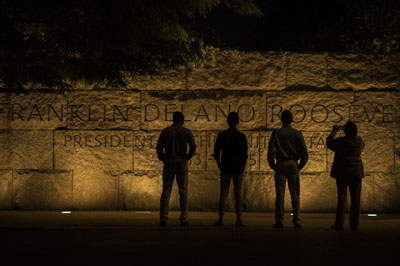 For students fascinated by politics, the trip strengthened their passion. For others less acquainted with the workings of government, it sparked an enthusiasm to return and learn even more.

Mike Fulton, director of public affairs and advocacy at the Asher Group, shepherded the group with care and concern and added insights from his decades in Washington. The NCC "delegation" stayed at the Phoenix Park Hotel, a few short blocks down the street from the Capitol Building. Whitaker initiated the trip, spending seven months putting myriad details into place.

On Wednesday, after lunch at the Dirksen Senate Buffet, the NCC cohort met with Devorah Goldman, legislative assistant to Senator Patrick Toomey. As one of her responsibilities, she  listens to and reports on constituents' concerns. Erickson advocated increased funding for Pell grants and extended Pell funding for summer study. Walz presented Goldman with a gift of breads baked by NCC culinary students.

"Watching how the senators debate, I sensed community, fellowship and recognition of each other," said Cimera, a secondary education major who plans to teach Chinese to American students. "I saw how the Senate works."

At the Thunder Grill, at Union Station, trip participants had dinner with NCC alumna Nancy Santiago '78. Santiago remembered the College with great affection. "My years at NCC were the most important in my life," she said. Most recently, she was a marketing specialist at IBM.  NCC alumna Michele McLeod, also a Washington-area resident, stopped for a brief hello. 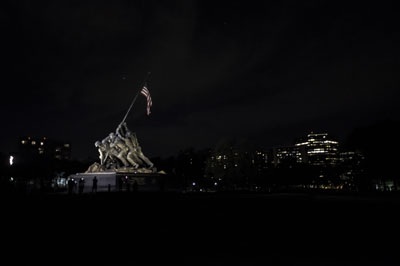 That evening, a spectacular trolley tour by night brought the group to a multitude of memorials. In addition to driving past the landmarks and hearing fascinating stories about each from the tour guide, riders had opportunities to get off the trolley and explore the Franklin D. Roosevelt, Iwo Jima and Lincoln memorials up close. "I had tears on my face at Iwo Jima," said Stephanie Perez. "The stories of the six men who raised that flag spoke to me."

Students were also moved by the Lincoln Memorial, glowing with light and housing the almost-lifelike statue of Abraham Lincoln. The memorial is especially honored as the site where opera singer Marian Anderson performed for 75,000 listeners on April 9, 1939, at the invitation of Eleanor Roosevelt.  Roosevelt issued the invitation after the Daughters of the American Revolution barred Anderson from giving a concert at Constitution Hall because she was African American. Twenty-four years later, at the 1963 March on Washington for Jobs and Freedom, Dr. Martin Luther King delivered his "I Have a Dream" speech at this monument. In response to standing at the place where King stood, Fitzgerald Joseph said, "as a black guy, I know that we had and have a dream. I have a dream, too."

The trolley passed Arlington National Cemetery, where a request for silence was honored, and visitors glimpsed the Eternal Flame, which marks President John F. Kennedy's grave, in the distance.

On Thursday, the NCC group took a guided tour of the Capitol Building.  In the Rotunda, paintings of key events in American history dramatize the American Revolution and early explorers. Reahl admired painter Constantino Brumidi's fresco, the Apotheosis of George Washington, which covers the inside of the dome.  A visit to the "Crypt" below the Rotunda revealed hand-chiseled marks on the columns that help uphold the building.  Students ran their fingers along the grainy sandstone. 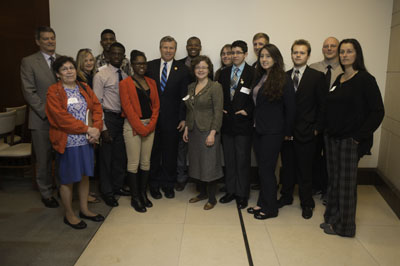 During a visit with Charlie Dent, the congressman described fast-paced days on the House of Representative floor during appropriations and budgeting season. He answered students' and administrators' questions about Internet regulation, manufacturing outsourcing, and free community college. His opinion on the last is that, in the interests of fairness, federal aid for higher education should be driven by student need rather than offered gratis to everyone. He said that in this time of soaring private college tuition, community colleges provide good value.

At the National Confectioners Association, in Georgetown, Matt Pye , vice president of trade relations and corporate affairs at Just Born Quality Confections, gave an overview and history of the company, including the 1953 invention of Peeps. He also discussed career opportunities with the company.  David Shaffer, co-chief executive officer of Just Born, is an NCC alumnus and a strong supporter of the College.  Other members of the association emphasized the array of opportunities their industry offers for lobbyists, food scientists, marketers, and retailers.

The NCC administrators on the trip enjoyed seeing the students' excitement and enthusiasm.

"It was great to see Washington through the eyes of students, watching them learn what it means to be a citizen and engaged," said Erickson. 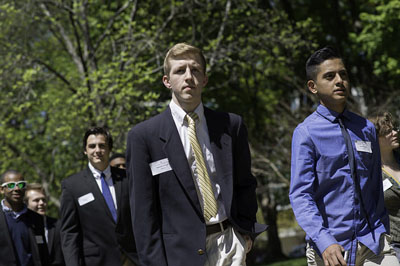 "It was thrilling to see students' faces at the memorials, watching their cellphones go up to take pictures," said Whitaker.

The group happened to arrive in Washington when the city buzzed with news.  As the NCC contingent toured, they learned of Loretta Lynch's confirmation as the first African American woman as U.S. attorney general, the announcement of Bernie Sanders's Presidential candidacy, and the departure of Prime Minister Shinzō Abe of Japan after a meeting with President Obama.

Students had much to say about the trip:

Maxwell, a science major: "As a history buff, I was touched by the history and stories behind the artifacts. In Washington, we are surrounded by history. I learned about the day-to-day lives of Congress people and how they conduct debates."

Garcia-Caro, a political science major: "It was great seeing senators talking about things in real life, instead of just seeing them on television." 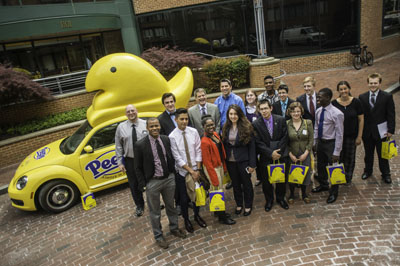 Rosengarten, a first-time visitor to Washington who aspires to a national political career:  "I like the beautiful architecture and history. I appreciate being in the most powerful city in the world and meeting with Senator Robert Casey. My wanting to work here has been reinforced."

Galarza: "It was fun and learning at the same time.  It was the opportunity of a lifetime."

The trip was funded by Just Born Candy, the NCC Alumni Foundation and individual donors.