Northampton Community College (NCC) recognized its most outstanding students at a joyous Awards Convocation on April 25.

Sedgwick Harris, vice president, student affairs and enrollment, opened the event, calling it the most important and exciting day on the College’s calendar.  He also praised students’ parents, friends and spouses for their support.  “We really appreciate you,” he said, inviting applause and cheers.

Carolyn Bortz, vice president, academic affairs, assured the honorees that they have made an indelible impression on all at NCC who have known them.  “We are proud and privileged to be part of your academic career,” she said.

Christensen Excellence in Teaching 2018 recipient Kevin Manna, professor of computer science, spoke about the many forks in the road he has encountered.  One of three children in a poor family, he was the first of all his relatives to graduate from college.  Before his career took a turn for the better, Manna’s father worked three jobs to keep his family afloat. A high school guidance counselor told Professor Manna that he would never make it in college.  Disproving the counselor’s words, Manna earned three academic degrees.  “Don’t let anyone tell you what you can’t do,” he told students.  He also shared valuable advice from his father:  “Do the right things for the right reasons.” 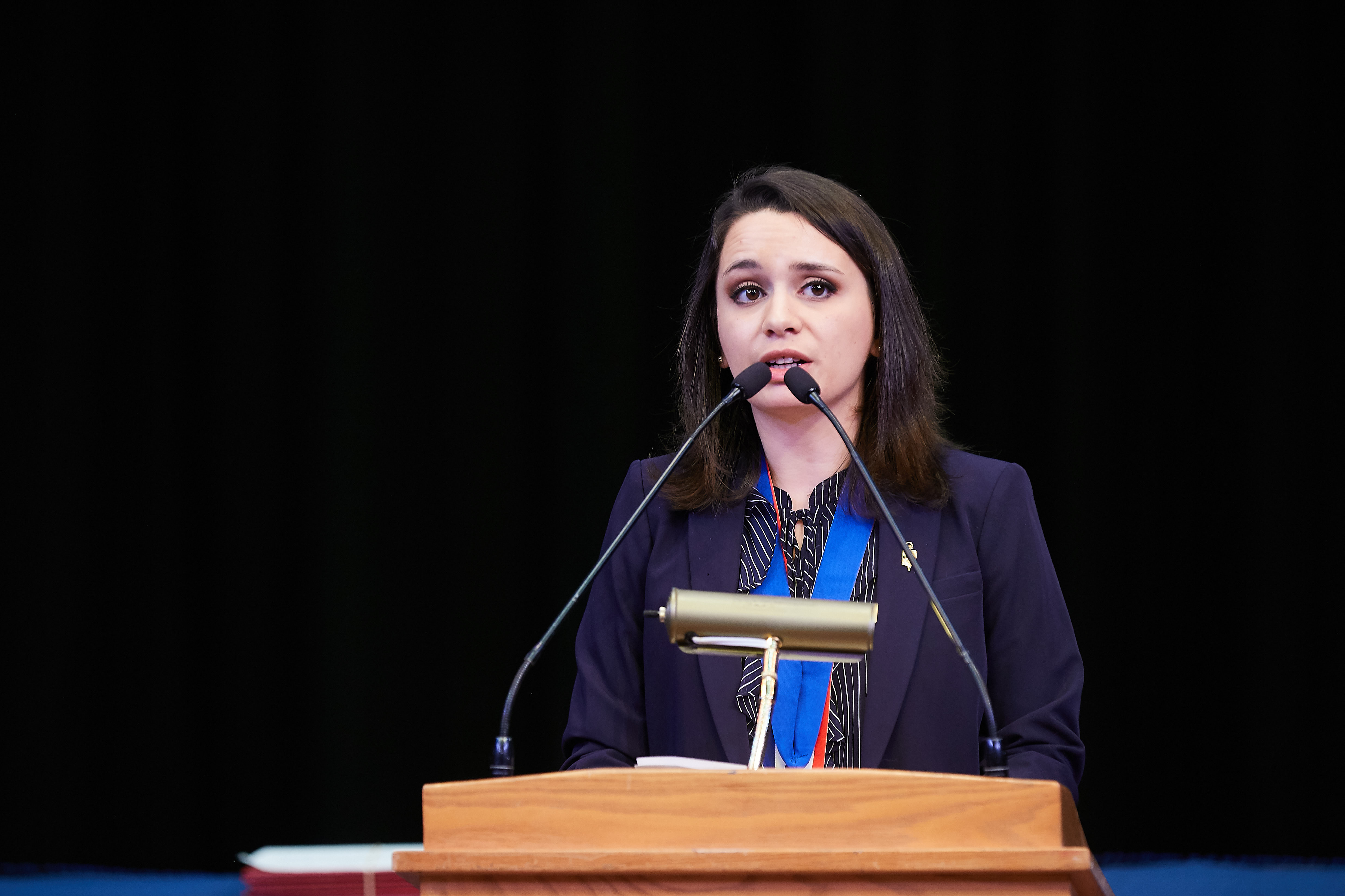 Michelle T. Tatosian, recipient of the highest award, the Trustee Leadership Award, talked about the hurdles she overcame to becoming “the truly good woman inside of me.”  Six years ago, however, difficult circumstances obscured her real self.  At NCC, she found “the perfect place to develop myself and my future.”  Most importantly, she discovered her life’s objective:  to be a servant leader, one who “inspires others to aspire,” one who creates opportunities for others.  “NCC blessed me with this opportunity,” she said.  “Now I am ready to make a difference in the lives of others.”  She thanked her family and friends for their unending support.  “I love you!” she said.

NCC students Alyssa B. Rosario and Velvet T. Salgado sang the NCC anthem and “America the Beautiful” in exquisite harmony.  In addition, each did solo performances of memorable songs.

Mark Erickson, NCC president, closed the ceremony by telling the audience that “Students inspire me with their stories, resilience and grit.  He also praised the faculty and students’ families.  He concluded with a quote from Nelson Mandela:  “Education is the most powerful weapon to change the world.” 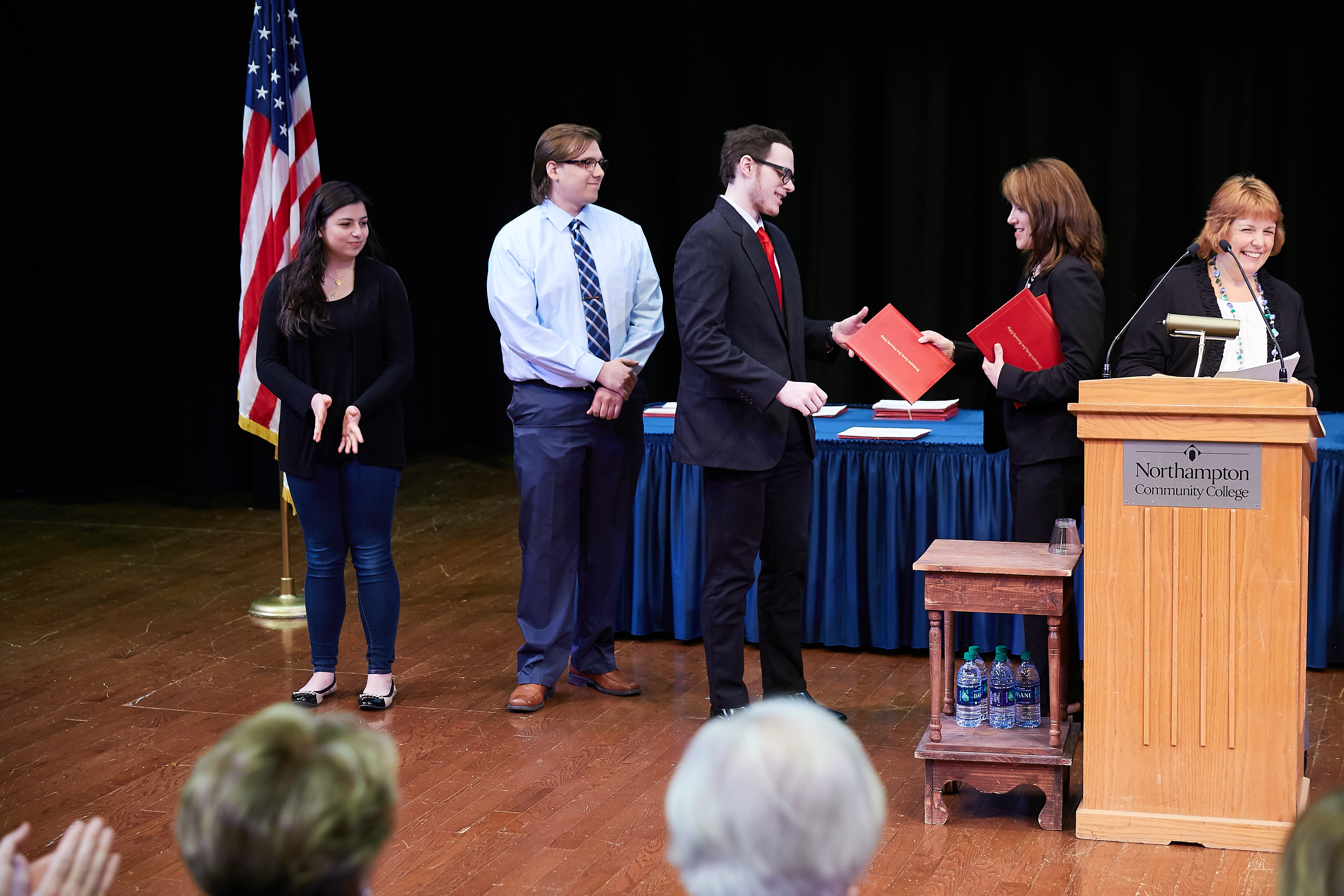 The award winners were: 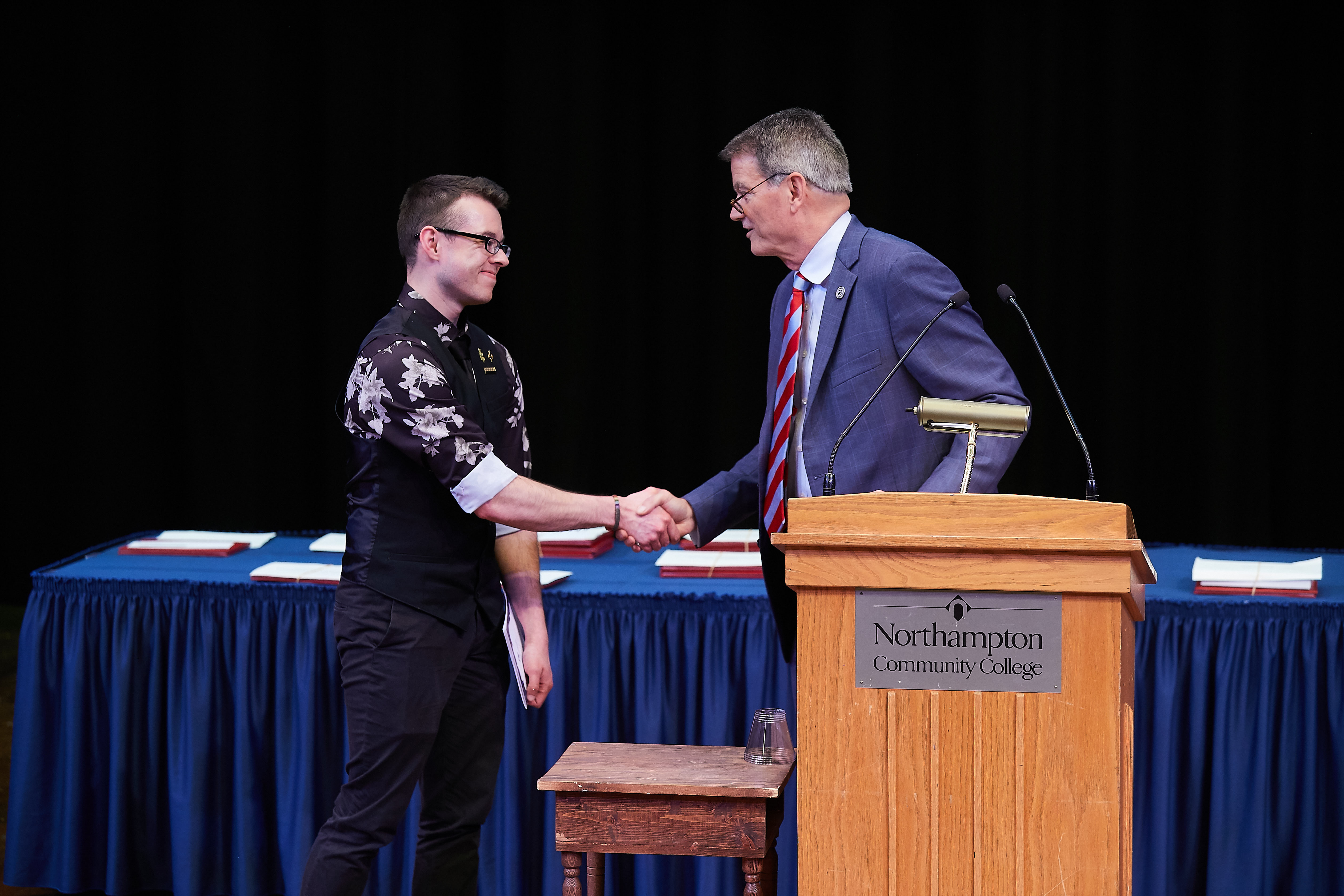 View photos from this event at flickr.com.