Only person to win four Pulitzer Prizes for journalism

The winners of the 2017 Pulitzers, the most prestigious prizes in American journalism for newspaper and digital news coverage, were announced on April 10. It's an 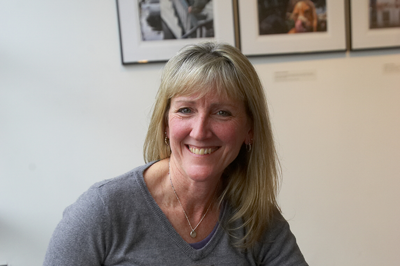 honor that NCC alumnae Carol Guzy '77 has received four times. She is the only person to win four Pulitzer Prizes for journalism:  one for breaking news, one for feature photography, and two for spot news photography.

Guzy majored in nursing at Northampton, and many of her images of suffering show "the heart of a nurse."  She has returned to Northampton several times to see friends and to discuss her work.

On the day the 2017 Pultizer Prizes were announced, Guzy was interviewed at the Newseum in Washington D.C. by "CBS This Morning" reporter Jan Crawford. You can watch the interview at cbsnews.com.