Recognizing and Getting Help for Mental Illness

You don’t have to suffer alone: 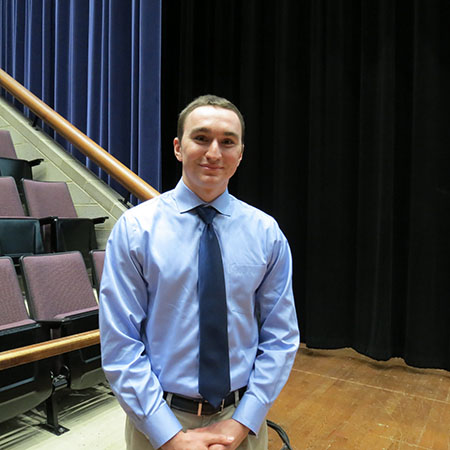 How does an elementary-school boy go from straight As, acceptance into the gifted program and academic awards to juvenile detention and then house arrest on his eighteenth birthday?

Evan Transue, a speaker for the organization, Minding Your Mind, told the young man’s story with passion—because it is his own.  He spoke at Northampton Community College on March 19.

“If you had known me as a child, you would have expected me to be class president, sought after by colleges,” Transue said.  What no one realized was that the teenaged Transue, who appeared goofy and smiling ninety-five percent of the time, lived in dread of anxiety attacks, which occurred the other five percent of the time.  But he knew that his normal-appearing life masked years of anxiety, depression and substance abuse.  Like 25% of the population, he suffered from mental health issues.  His illness was exacerbated by keeping his distress to himself.

It is hard to come forward when one has no label for his suffering.  “I thought I was crazy and that I was alone,” Transue said. He just knew that frequently he would feel his palms sweating, heart racing and teeth chattering.  One day in fifth grade, such a panic attack came on, and he ran from the classroom thinking “if I don’t get up and run away, I will die.”

Because he felt ashamed, he avoided telling anyone about his struggles.  Instead, he used defense mechanisms such as angry outbursts and “acting out.”

Several years later, while still in his teens, he developed major depression, too.  He described experiencing four stages, still not knowing why he felt as he did; lacking knowledge about depression, he could not identify it in himself.  During the first stage, he knew that “something was off.”  This is the time,” Transue said, “to go for help.”  During this stage, when he was fifteen, he withdrew from friends and family and often cried.   In addition, his symptoms included some signs not conventionally associated by non-professionals with depression: anger, impulsivity, irritability, emotional numbness, and substance abuse.   A year later, he went through a second phase: hopelessness.  Zeroes appeared at the head of his schoolwork papers.   His concerned mother asked him about his grades.  “There is no point to life, he replied.  “So what do grades matter?” At this point, his parent urged him to get professional help, but as is not unusual with teenagers, he staunchly resisted.

Thoughts of attempting suicide preoccupied him in the third stage.  Driving to school, intrusive ideas persisted:  “If I drive faster, it will all be over.”  Self-harm followed.  “I had the notion that self-harm means cutting,” he said.  In his case, as in other young males, he did things he knew would get him into trouble, but did them anyway.

At all stages of his illnesses, Transue had other warning signs.  He ate exorbitant amounts of sugar, the equivalent of five to ten sodas at one sitting.  At fifteen, he began using marijuana, alcohol and un-prescribed anti-anxiety drugs, sometimes all at one time, aiming to black out his mental anguish.  Eventually, to afford his substance abuse, he sold marijuana himself.

Understanding the pain his actions caused his family and girlfriend, he tried fighting his addiction alone, staying sober for thirty-six hours.  A child’s taunt from a school bus threw Transue into a rage; driving over a median strip in the highway, he pursued the bus to the middle of the child’s lawn.  He was caught, sentenced to juvenile detention and placed on house arrest.

One New Year’s Eve, when his parents and parole officer allowed him to attend a party, he binged on prescription drugs and alcohol, unfairly blaming his girlfriend for tempting him.  And yet, this incident gave him his “aha” moment.   “I became introspective.  I realized what I was doing to my family.  I wanted to be the “aha” moment for someone else.”  He turned to his probation counselors and a therapist for help.  “The first conversation is the hardest.  I promise you it gets better after that,” he told his audience.

Transue also became involved with a group of goal-driven young people.  A doctor explained to him the healthy brain-healthy body connection, steering the young man to substituting healthful foods for junk food, getting more sleep and cutting down on his use of social media and video games.

Although he is now symptom-free, Transue said that no one approach is a blanket solution.  “Whatever works for you is the right way.”

He also talked about his best friend, whose family did not believe in help, and who died last summer.

Transue is now a speaker for Minding Your Mind and a member of Pillars for Growth, whose members support one another at retreats and meet for non-alcoholic fun, such as hiking and mountain climbing.  Additionally, Transue has his own brain-body connection business.

Thrive, an NCC group that welcomes students, faculty and staff, is working to remove stigma from mental illness and promote wellness.  For more information on this group and counseling at NCC Bethlehem, call 610-861-5342.  For the service at the Monroe Campus, call 570-369-1842, and at the Fowler Center, 610-861-5342.  Counseling is strictly confidential.