Selling the Allure of Allentown 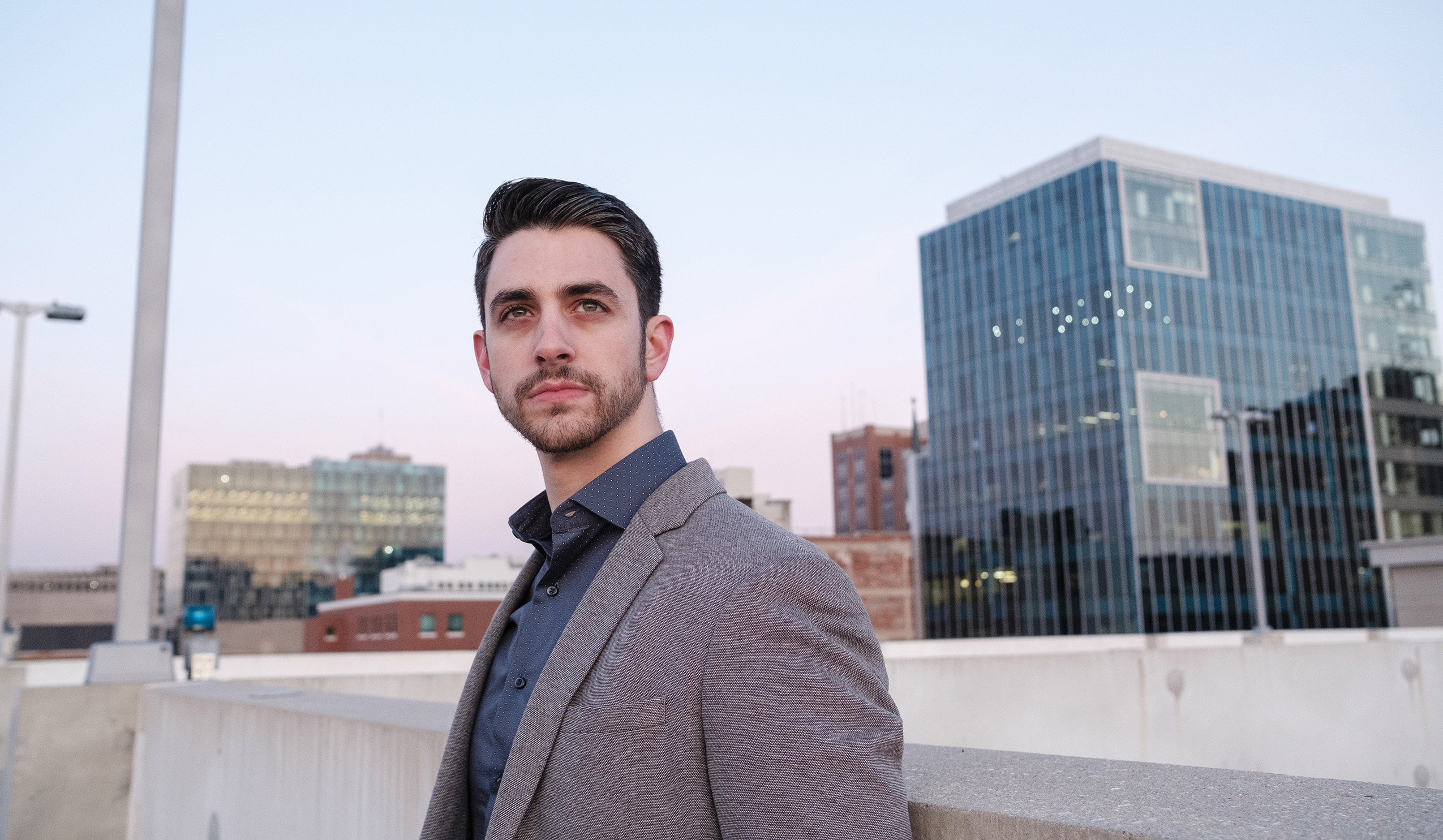 Dave Meyers wasn’t even born when Billy Joel brought the eyes and the ears of the world to Allentown with his breakout song of the same name. It was 1982 and Joel’s lyrics resonated with the heart of the nation, not just Lehigh Valley locals, as he sang about troubled times, blue collar America and the frustrations of the working class.

And they’re closing all the factories down

Out in Bethlehem they’re killing time

Meyers ’14 isn’t having any of it in 2019. The NCC grad is too busy conjuring sprawling office buildings and hip new restaurants as he takes on the challenge of rebranding today’s downtown Allentown. As art director for Center City Allentown (CCA), a visionary real estate development and management company launched in 2011, Meyers has had a hand in many of the firm’s largest projects.

During the last several years, CCA has invested $455 million in the downtown area to develop more than 1.4 million square feet of premium office space, upscale retail and restaurants locations as well as luxurious living spaces. In the process, CCA has helped attract 3,000-plus new residents to live and work in the area over the last five years.

A native of the Lehigh Valley, Meyers grew up in a creative environment. His parents always encouraged him to be as creative as possible and to express himself though art classes, photography and music. “We always had music on in our house, and my parents were always taking me to see live music.” Meyers said. “I got my first guitar when I was 10 and started making movies with a VHS camera when I was 11.”

The fact that he can utilize multiple artistic skillsets is what attracted him to the graphic design profession. At CCA, he’s a jack of all trades: producing logos, print design, branded environment experiences, photography, video and marketing support.

He credits the NCC communication design program’s portfolio review day, which is not common in most colleges, for providing an opportunity to present his work to a potential 30 design professionals. One of those professionals was a senior member of CCA’s team, Jane Heft, who recruited him for a design position five years ago. Every year since, he goes back to NCC to talk with students on the importance of portfolio review day.

Meyers has a hand in every CCA development project. He’s tasked with attracting people and businesses to downtown Allentown by designing “branded environment experiences.” While a property is under development, Meyers is responsible for devising a design/marketing plan that includes the naming and branding of the property, video promotions and testimonials, artwork, presentations and social media assets, all while using Allentown’s urban allure as a backdrop. 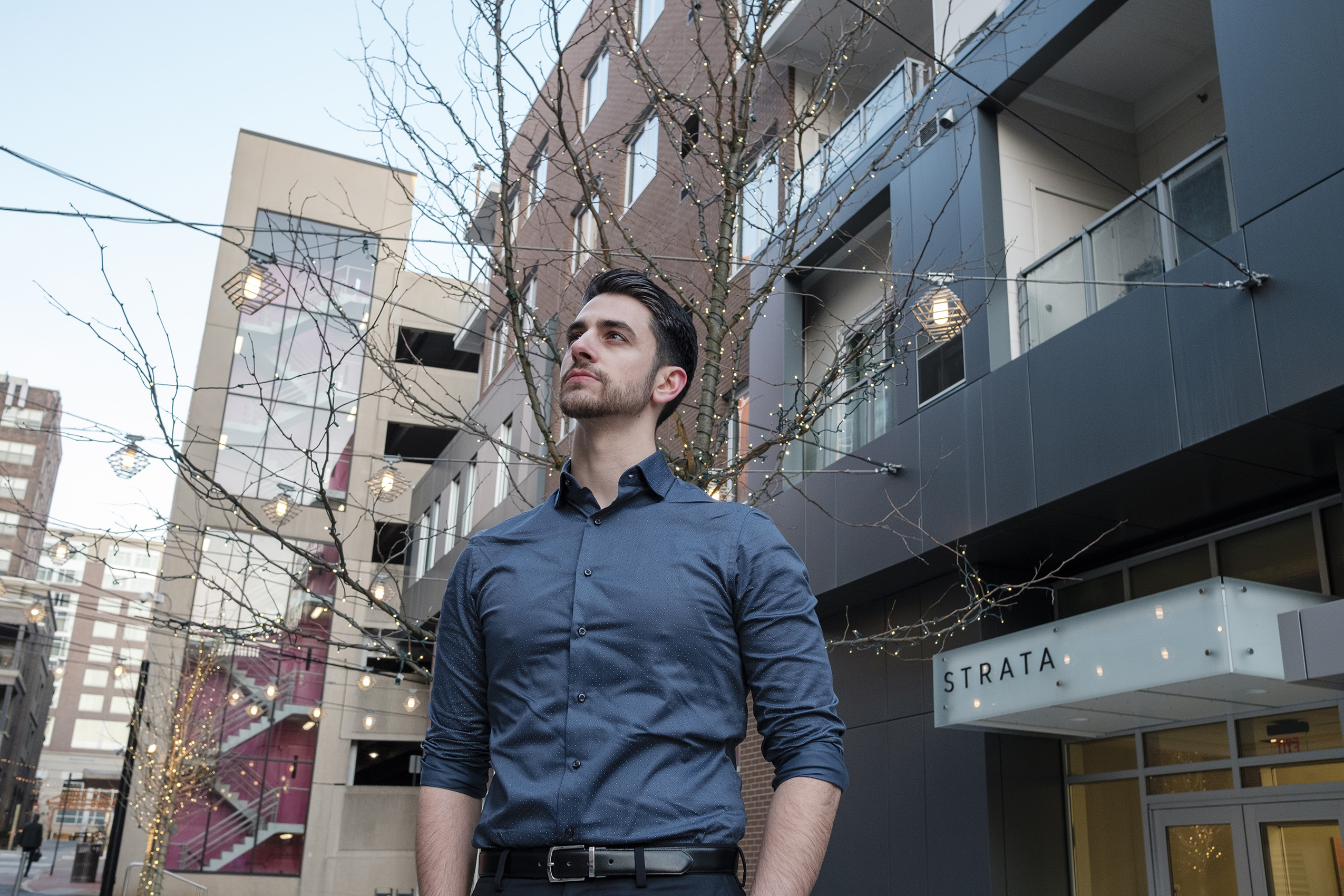 Some of the work Meyers is proudest of includes the branding of The Dime and Queen City BBQ, two downtown Allentown restaurants with their own distinct style and atmosphere. The Dime is an elegant restaurant that overlooks the city’s center square. Queen City BBQ is a fun smoked meats and sandwich establishment with outdoor seating. Meyers described both projects as challenging, but extremely fulfilling.

The branding of the Downtown Allentown Market, a new food hall on the ArtsWalk that will serve the thousands of workers and residents of the downtown area, is next on his dance card, a project that Meyers thinks has great potential. “Can’t wait to get started on that one,” he said.

When Meyers is not working on graphic design, he turns to side projects in photography and making music as another creative outlet. He plays multiple instruments and records music that he’s compiled into several albums. He also travels and takes architecture and nature photos, all of which provide inspiration for his design work. “It’s important to keep myself busy creatively, because it fuels the energy for my day job.”

As downtown Allentown grows, Meyers hopes to grow along with it. He sees himself advancing at CCA. “There’s a raw energy to this place. It’s still exciting to see my work on the sides of buildings and to see people enjoy the branding and atmosphere in the restaurants.”

He says. “I grew up going to shows and playing music in Allentown, and the fact that I’m back in Allentown helping to make it a better place, it’s all very exciting.” 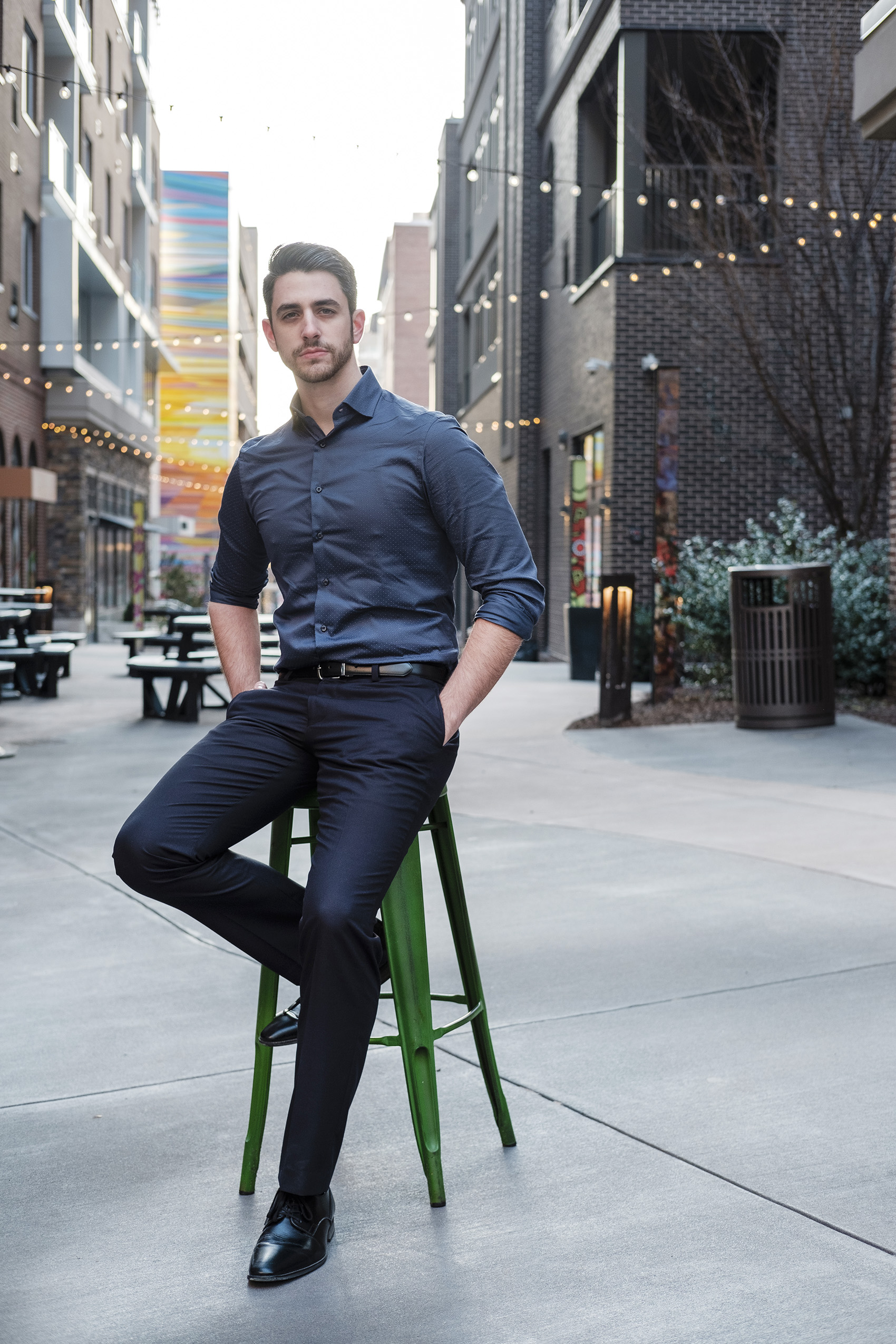 When asked what it was like to see his design work become a reality for the first time, Meyers recalls, “It was pretty surreal seeing my work come to life. My first big project was to create the brand for Roar Social House.

“I was so excited to see my work but more so to see people in the restaurant enjoying their time and commenting on the overall design of the space. I won a gold Addy Award for the restaurant design that year. This sparked a love for branding in me, and I haven’t slowed down since.”

And in the process, he’s doing his own small part to vanquish the ghost of Billy Joel’s Allentown. Perhaps the allure of all the changes Meyers has been a part of will attract the music legend to the PPL Center, where he’ll sing a different tune about the city he made famous.