Welcome to the Fight Club

JM Holland ’12 and Zach Maslany ’09 are preparing the next generation of elite fighters. 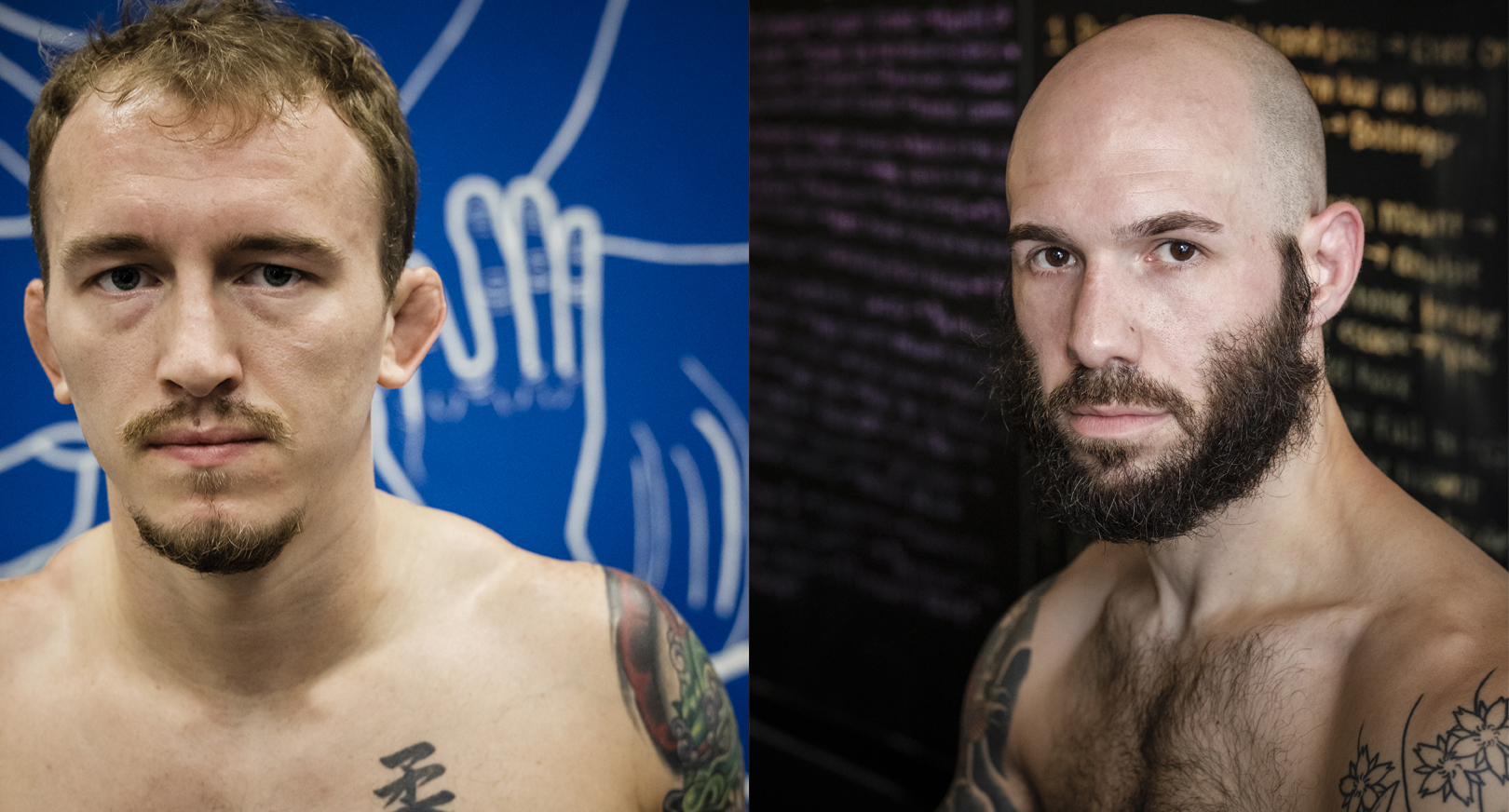 Zach Maslany was a self-described pissed-off teenager who used to punch walls. Today, he is the CEO of Finishers MMA.

Few would have suspected that two unassuming, hardworking Northampton Community College alums would have risen to such echelons, achieving jiu-jitsu black belt status, winning titles, competing in world championships and garnering international accolades for their talents in the fighting ring.

But never underestimate the spirit of a warrior, or the heart of a Spartan!

Even from an early age, JM Holland always wanted to be the best guy in the gym. He started training in karate when he was still in kindergarten, playing football and wrestling as well.

By the time he was 9, he had earned his karate black belt and began to focus on the mixed martial arts. But it wasn’t until he was on the wrong end of a bullying incident in the eighth grade that he decided to get really serious about training.

Amateur boxing, kickboxing and MMA soon became part of the regular mix for Holland. The more he trained, the more he wanted to earn the respect of those he trained with. And respect he got.

He competed in Golden Gloves boxing, kickboxing, wrestling and jiu-jitsu. By the time he was 19, he had received his third-degree black belt under the famed Tiger Schulmann and was competing on the Northeast mixed martial arts scene. 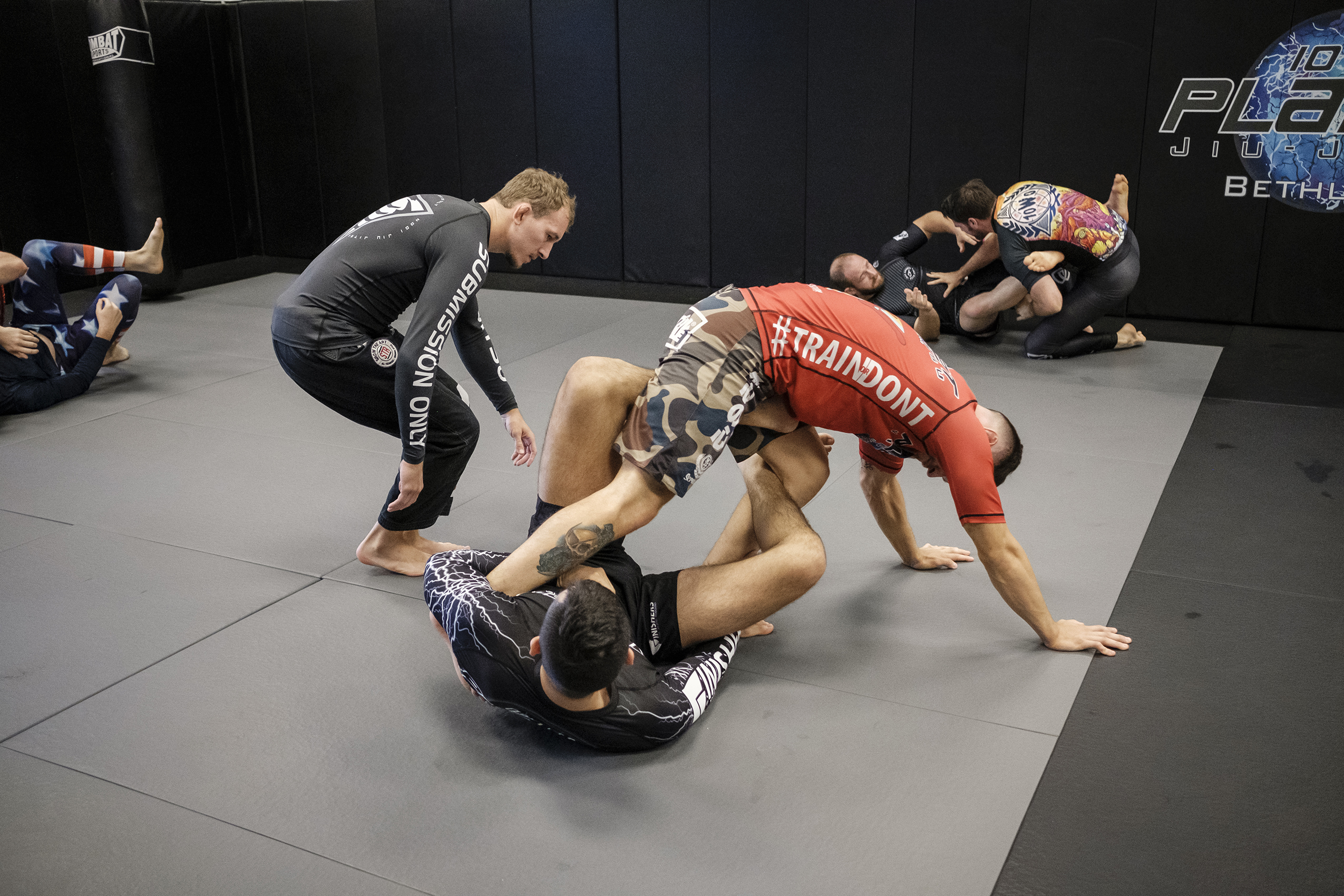 It was about then that the Nazareth native found his way to NCC to pursue a degree in business management. “I was going to NCC when I was doing MMA. I’d fight on the weekends and take classes during the week. It was cool, because it’s a local school, and I’m from here. NCC made sense for what I needed,” Holland said.

“My teachers at NCC were great. I had done the dual high school enrollment with Nazareth, and [NCC chemistry professor] Bill Magilton helped me out, too. In fact, he trains here (10th Planet Bethlehem) now.

It was at NCC where Holland crossed paths with a young Zach Maslany, who was pursuing his degree in criminal justice. “After high school, I felt a little lost,” said Maslany. “I was competing in MMA and my dad was trying to get me to go back to school. He said train—but take some classes and figure things out.

“At NCC I had to learn how to study, really, and to take tests. NCC really helped with that.” It helped so much in fact that he went on to earn his bachelor’s degree in the same field at DeSales University and then work as a supervisor for the Lehigh County Juvenile Probation office.

But Maslany’s path into jiu-jitsu was more like Holland’s than not. He started martial arts when he was about 14. “My dad got me into it,” he said. “I tried different styles like tae kwon do, karate and mixed martial arts. When I found jiu-jitsu, I stopped.

“I thought it was the best self-defense out there of all the martial arts. It gives the best workout because you’re using your whole body to wrestle.”

He began his grappling career at age 16 after training in karate for several years. He attained the rank of second-degree black belt — also under Tiger Schulmann. Maslany had great success as a kickboxer — he went 4-0-1 — and also fought in Golden Gloves, going 2-1.

Not long after, he began training in mixed martial arts and won the U.S. flyweight title by TKO. It was then that he decided to dive deeper into jiu-jitsu. He discovered 10th Planet jiu-jitsu (a non-traditional system of Brazilian jiu-jitsu developed by Eddie Bravo) around the same time as Holland.

“JM and I were at the same point in our lives where we wanted to take a stab at martial arts as a full-time job,” said Maslany. “We both always wanted to do our own thing. We’re local and had a home established and a specialty with this style of jiu-jitsu that people weren’t used to. We decided to make a move and open up our own school.”

They officially opened 10th Planet Bethlehem in 2012 with great success. “There were challenges at first, making sure everything was kosher with the state,” says Maslany, “but we worked with Lehigh University’s Small Business Development Center. They helped us to write our business plan, get the licenses we needed, set up the taxes and all the other business elements.” Holland’s degree in business management from NCC came in handy too.

With their competitive fighting days mostly behind them, the duo have focused more on coaching, helping produce champions in MMA and jiu-jitsu — including Grace Gundrum, aka the “Silent Assassin,” who was regarded as the best female teen grappler on the planet, and welterweight EBI Combat Champion Jon “Thor” Blank. 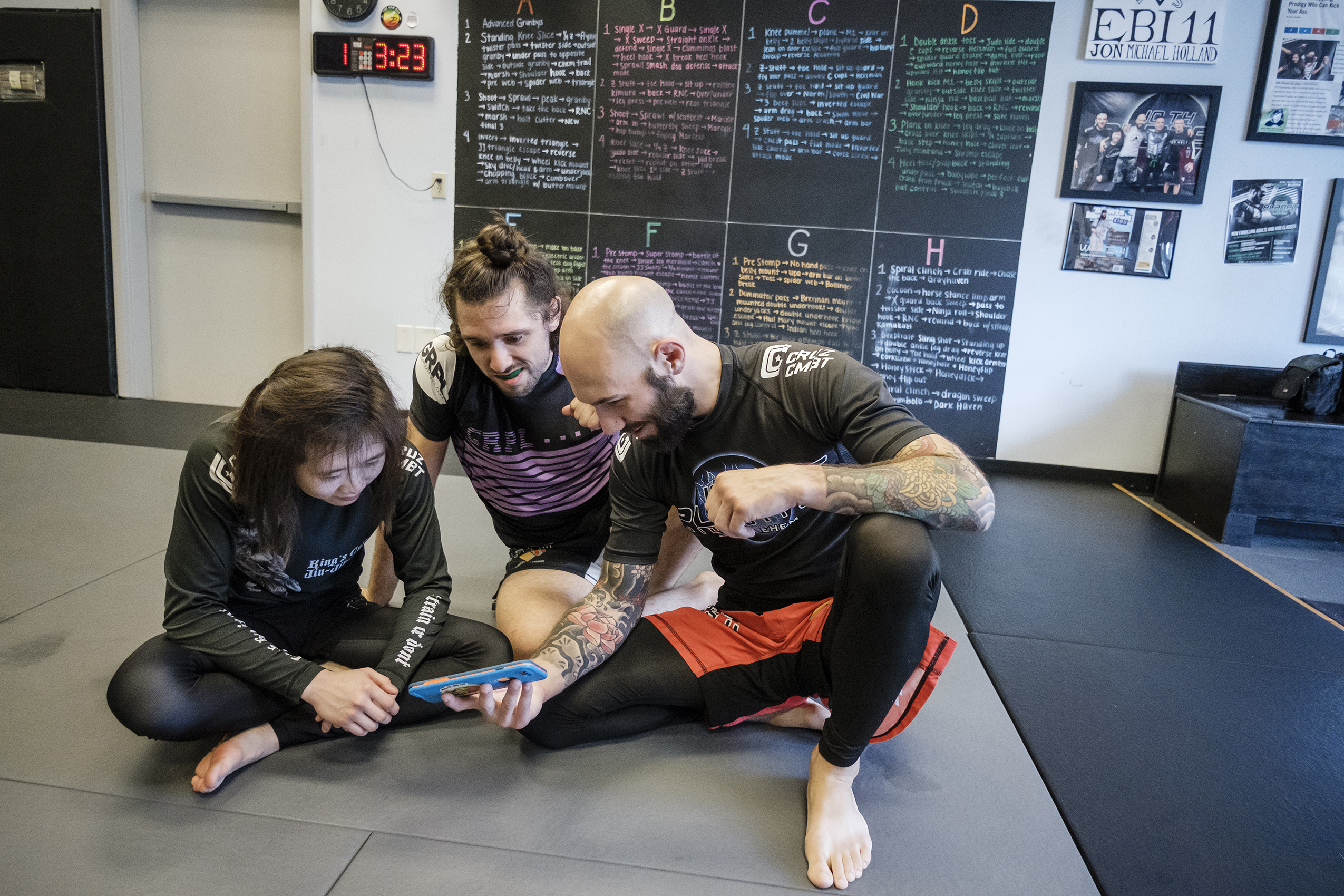 Maslany said that the identification of being a fighter had been such a draw for him that it was hard to let go when he transitioned into training athletes. Prior to fighting, he’d been just Zach, the quiet guy no one knew. But afterward he became Zach the fighter, Zach the champion.

Both Holland and Maslany say that opening the school has changed them for the better. “When we first started,” said Maslany, “we were gung ho and psyched, but there were many challenges. I’ve learned to be persistent and consistent and make sure that we put our money where our mouth is.

“We have a lot of people believing in us, and we want to maintain that trust. We’re getting kids ready before they go to college and the military.”

“I’ve learned a lot about running a business,” said Holland, “and what it takes to be responsible for people. I’ve gotten better at jiu-jitsu by teaching it and improved my technique because I have to think about not only how I move, but how to teach the moves. Opening and running this school taught me to be a man.

“We started in the basement of a friend’s house, having meetings to figure out how to set up a business. Now we have about 200 students. And one of our black belts, Jon Blank, is opening up another 10th Planet in Allentown.” 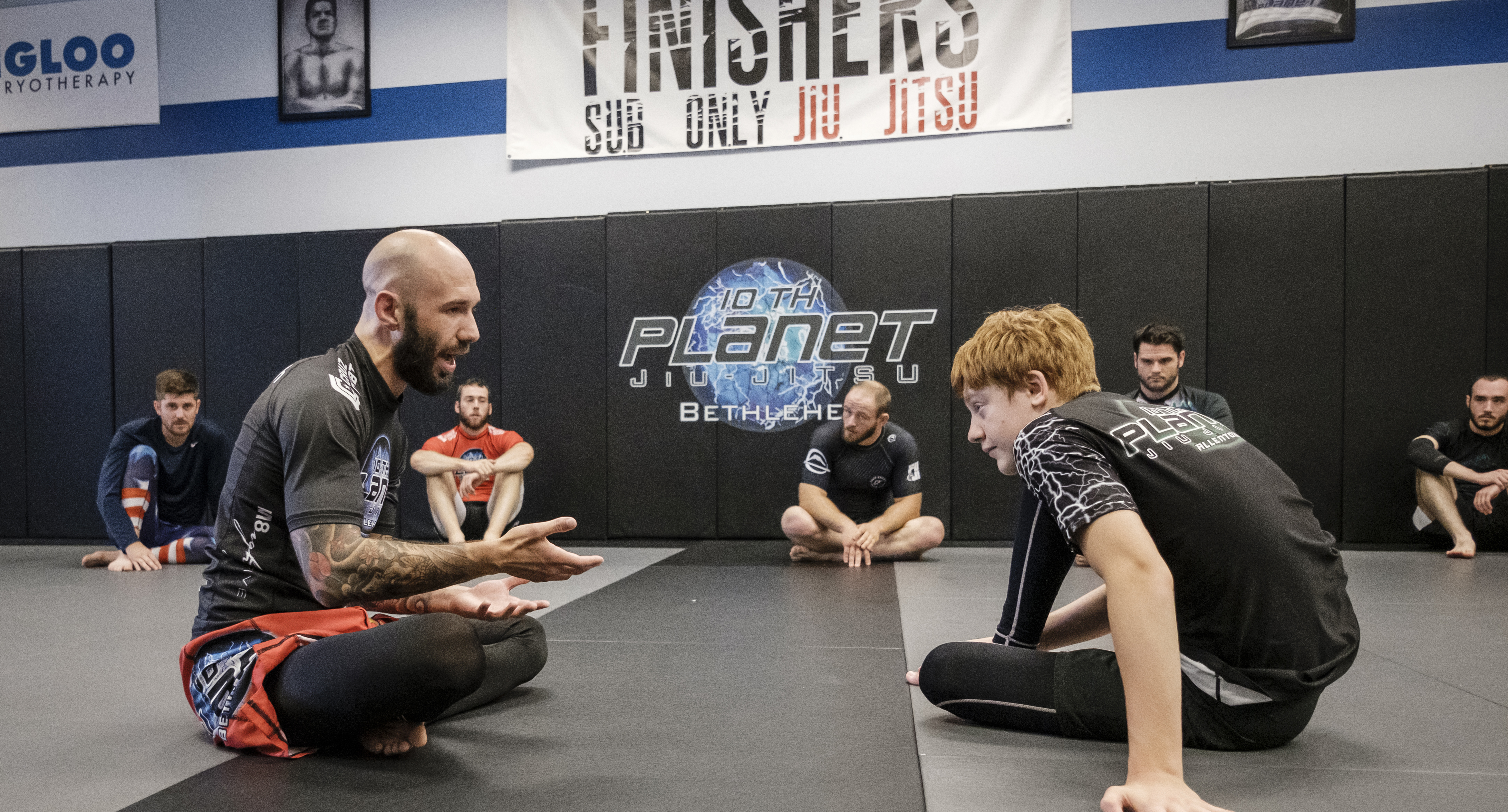