Professors and instructors at Northampton Community College have plenty of good advice for students, in addition to the course knowledge they impart. A new NCC social media campaign, #WisdomWednesday, will feature some of that good advice.

The idea for the campaign came from hearing professors say, "Like I'm always telling my students ..." followed by important life advice. So NCC's Public Information staff decided to ask some of the College's instructors,"What do you always tell your students?" Advice from those who responded was then added to photographs of each person, taken by former NCC student and staffer Adam Atkinson.

The result? Thirteen photos that will be featured, one at a time, on Facebook, Twitter and Instagram on Wednesdays during the Fall semester, with the hashtags "#WisdomWednesday" and "#NCCProfs." Watch for them. Some of the advice is serious, some lighthearted, and all of it wise. 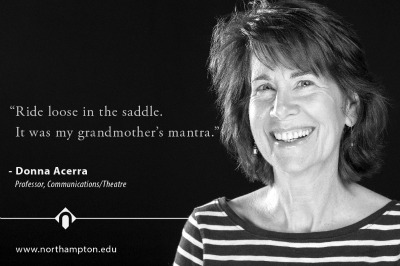