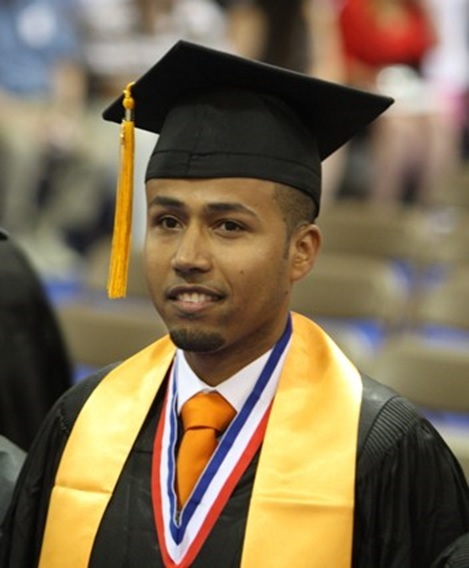 In an effort to celebrate National Career Development Month (November) 2016 - The NCC Career Services Office presents Spartans Going Global: NCC Students and Alumni Working Around the World.  Each Friday Throughout November, two individual's stories will be featured to show how the NCC community has, and will continue to impact the rest of the world through their professions.  Additionally, these features will serve as a lens through which the reader can learn how culture impacts the work environment.

Following his graduation (2002) from tech school in Egypt with the highest G.P.A. in his class and governorate, Ahmed joined the Egyptian military for his mandatory two years service.  After finishing his service, he worked as a Heating, Ventilation, and Air Conditioning Practical Teacher for four years.  In 2007, while teaching at a high school, he became aware of a scholarship opportunity through Fulbright in a program called Community Colleges for International Development Inc.  Although he did not think he would get the scholarship due to its highly competitive nature, Ahmed applied and was selected for the program after completing a series of essays and interviews.  In preparation for his journey, Ahmed had to learn English in less than six months while he was working as a full time teacher. In August of 2008, Ahmed was granted his student visa and came to NCC. "I did not choose Northampton Community College," Ahmed said, "I chose my program of study, and the school was chosen for me."  Although he did not make the choice initially, his time here changed the course of his life forever.

The difference in the educational system helped make this possible, "In Egypt, you take a test in high school, and how you perform, determines your career ...The choice of exploring your interests and passions is not as common in Egypt as it is in the United States." This opportunity for exploration proved to be a pivotal component in his academic and professional journey.  While taking his courses for the Electromechanical Technology program, Ahmed took a Political Science general education course that ended up being the first step down the path to his dream career.  "I wanted to change my major immediately," he continued, "But there was no time left in the program at NCC."  That course, as well as his involvement in the Student Senate, Political Science Club, International Student Organization and the Model United Nation Club motivated him to apply to other Political Science programs in the United States.  He was accepted into Kutztown University of Pennsylvania as a Political Science major, with double minors in Economics, and International Studies.

Upon leaving Kutztown, Ahmed had his degree and a large amount of organizational leadership experience gained through a tenure as the Student Representative of the University Senate Committee, Dean Liaison of the College of Liberal Arts and Sciences, Treasurer for the Student Government Board, President of the International Student Organization and the Chair of the Budget and Finance Committee - Ahmed surprised himself again by being accepted into the London School of Economics & Political Science (LSE), "100 students are accepted each year...I was very excited when I received an unconditional offer in the fall of 2013." While studying at LSE, Ahmed served as the MSc International Relations Main Representative for the Taught Graduate Students' Consultative Forum as well as the MSc International Relations Staff-Student Liaison Committee Representative. At the conclusion of an intensive one-year program, Ahmed earned his Master of Science Degree in International Relations and had a defined goal of what he wanted to do with his life - he wanted to work for the International Committee of the Red Cross - A job he initially applied to in 2014.

Shortly after Ahmed returned to Egypt he joined the T20 group, which was an initiative, launched mid 2014 under H.E. Past President Adly Mansour to connect with Egyptians who graduated from the most respected universities in the world, the President's Office organized a number of meetings with representatives from each university graduates. He began working as a full time Consultant and helped in the drafting the Education & Training Pillar of Egypt's 2030 Vision (a plan that has been set out by the country to help them evolve into a stronger nation).  This work continued until earlier this year (2016) when he was contacted in response to his ICRC application, which was submitted in 2014. Ahmed was offered, and has accepted his dream job of working as an ICRC Field Delegate based in Baghdad.

When asked how NCC contributed to his experience, Ahmed recounts, "That was a really special journey in my life and a huge turning point.  The faculty and staff at Northampton encouraged and supported me in pursuing what I really wanted to do.  I still stay in touch with my teachers and mentors Dr. Vasiliki Anastasakos and Dr. Elizabeth Bugaigighis...Northampton provided me with a chance to re-discover myself and achieve my dreams."  When asked if he had any advice for current and future NCC students, he mentioned, "Never give up.  Work hard, learn, meet new people and get involved in as many activities as possible.  It will lead to success."