Calling to Teach, Heart to Preach

History teacher in the making 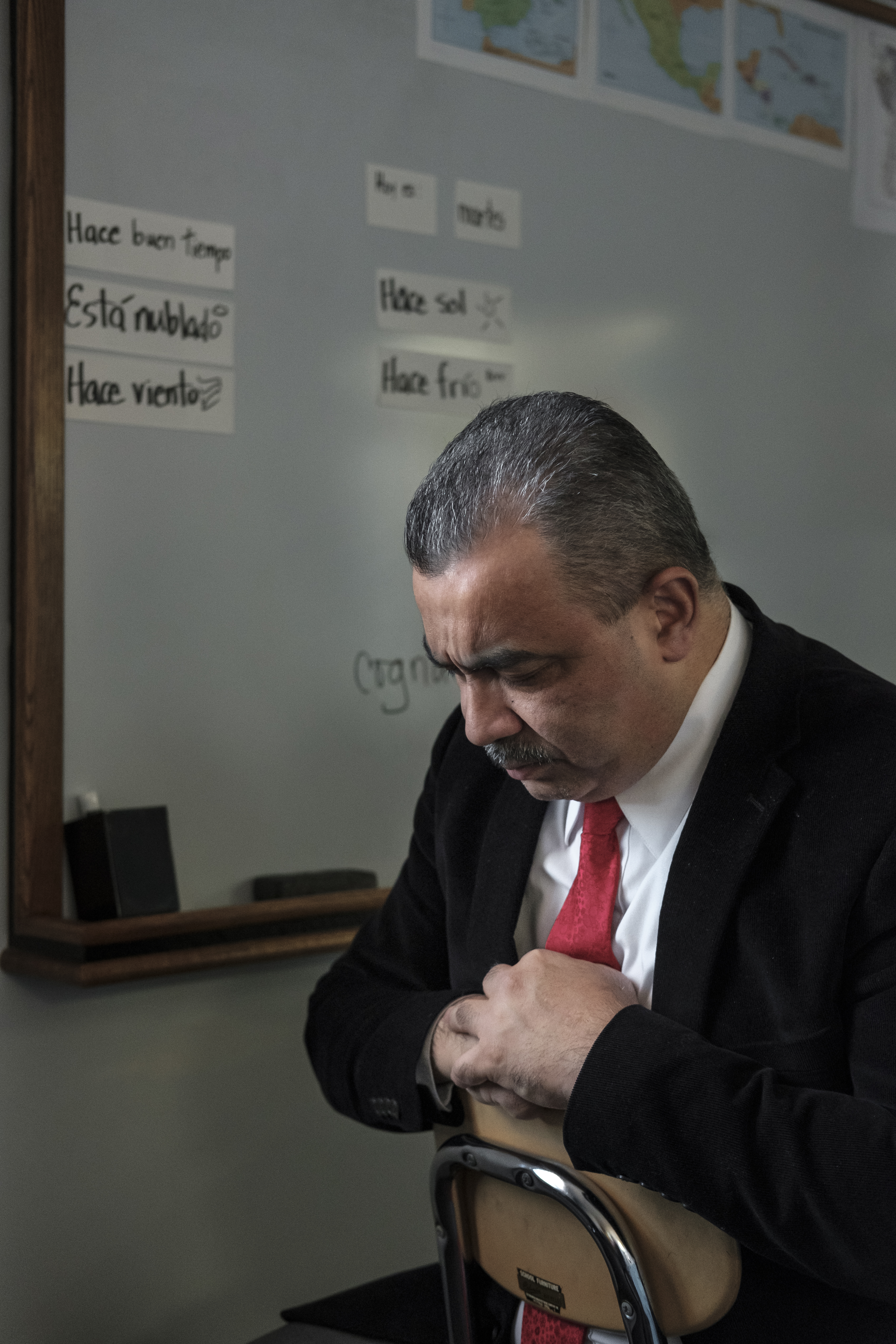 Jose Eliud Ruiz first felt a calling to be an evangelical pastor when he was just 12. Four years later, it was mission accomplished.

With bible in hand, the 16-year-old was well on his way to opening people’s hearts and transforming their minds by the power of God’s word and message of salvation.

Fast-forward 38 years. Now a youthful 54, Ruiz has traveled the world, spreading the Good Word, visiting Kenya, Honduras, Mexico and other countries to work with churches and preach the Gospel. It is something that comes naturally to the Trans-Bridge Lines tour manager who has logged thousands of miles across some 40 states during his 25-year career as a tour manager in Allentown.

His next stop, however, was somewhat unexpected. Jose Eliud Ruiz the preacher wanted to become Jose Eliud Ruiz the teacher, trading in his passport and pulpit for a lectern and lesson plan. It didn’t take long for the Allentown resident to find his path to Northampton Community College to take the first step to enroll at NCC with the goal of becoming a history teacher.

It was a natural move for Ruiz, who has been teaching in some form since he was a child in Yauco, Puerto Rico. He lived there until he was 10 and moved with his family to the United States. “Teaching has been my desire since I was born,” he said. “In Puerto Rico instead of playing baseball or cops and robbers, I would play teacher.”

He would gather other children and teach them how to spell their names.

“I had a piece of cardboard for my chalkboard, and I used a piece of carbon from my mother’s stove to write on it,” he said. “I’ve always been a teacher in my heart.” 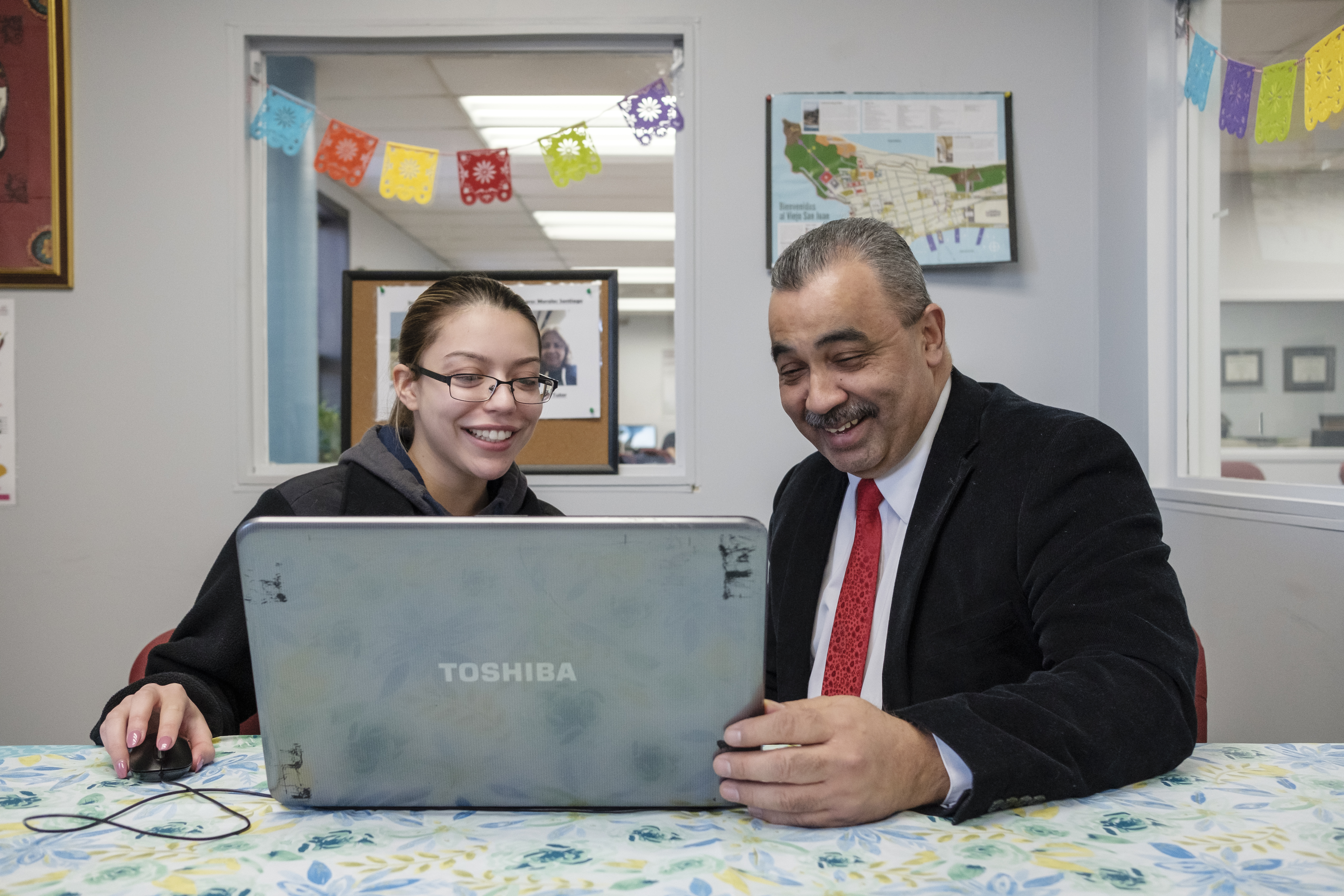 The secondary education major expects to graduate from NCC in August and then hopes to continue his education at Moravian College, earning his bachelor’s degree and teaching certificate en route to becoming a history teacher in one of the local high schools. But Ruiz had always dreamed of combining his love of teaching with his love of preaching by traveling to parts of the world where biblical characters such as St. Paul the Apostle and great philosophers such as Aristotle lived and worked.

“It was a desire of my heart to go to where Paul had gone, and to see the places where Aristotle did his writing,” explained Ruiz. “But, I didn’t have the financial resources to do that.”

Thanks to an NCC Foundation scholarship, Ruiz, the father of six and grandfather of 15, spent a week in Rome last spring and two weeks in Greece over the summer as part of study abroad programs.

The trips, he said, were like dreams that came true.

“They were a true blessing to me,” he said. “It was a chance to fulfill my dream of traveling to those places, and I now have experienced some of the history that I will someday teach to my students.”

While in Rome, Ruiz and other students had an opportunity to get close to Pope Francis during a visit to St. Peter’s Square. In Greece, he visited Athens and Corinth, where St. Paul is believed to have walked and preached. Ruiz also visited the Lyceum, where Aristotle had taught and written.

“Those are experiences that I will never forget,” Ruiz said. “The history that I experienced there was incredible.”

Teaching also is part of pastoring, something that Ruiz continues to do on a part-time basis. “I’ve always mixed the pastoral trade with the teaching,” he said. “Even when I was a bus driver I was a teacher. I was always teaching something.”

Ruiz also tutors at Easton Area Academy and Easton Area High School, and serves as a Spanish tutor in the Learning Center at NCC. He hopes that his decision to enroll as a student at NCC will set a good example for his children and grandchildren.

“I want them to see that education is important, and that it’s never too late to start an education,” he said. “I want to be an inspiration for them.”

One thing of which he is certain is that his recent travels to Europe will enhance his abilities as a teacher.