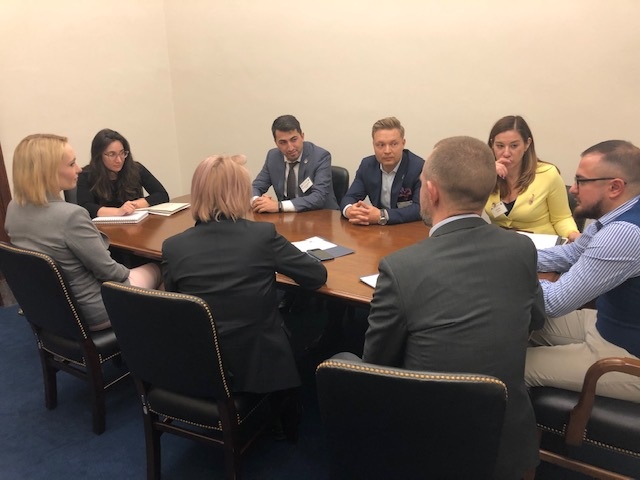 The Open World Leadership Center, an agency of the U.S. Congress, will send a delegation of Russian administrators to Bethlehem, PA from December 6-14, 2019. The delegation consists of four professionals and will be accompanied by a bi-cultural facilitator and an interpreter. While in Bethlehem, the Open World program participants will be hosted by Northampton Community College (NCC).

Prior to their arrival at NCC, the participants completed an orientation in Washington, D.C. Delegates had policy meetings with members of Congress including staff from Sen. Patrick Toomey, PA 15th District and Sen. Robert Casey, Jr., PA-06 District offices.

More than 27,000 current and future leaders from Post-Soviet era countries have participated in the Open World program. Open World offers one of the most effective U.S. exchange programs to promote mutually beneficial options for depolarized engagement between future national leaders.

Founded in 1999 by Congress, the Open World Leadership Center maintains a vast network of more than 28,000 alumni in strategic countries including Russia, Ukraine, and others in the Balkans, Caucuses, Central Asia and Eastern Europe. Open World supports legislative diplomacy efforts for Members of Congress by conducting exchanges that establish lasting professional relationships between emerging leaders and their U.S. counterparts. Program participants are provided with extensive exposure to American politics, accountable governance, and citizen diplomacy, while being home hosted by American families. To learn more about Open World, please visit www.openworld.gov/