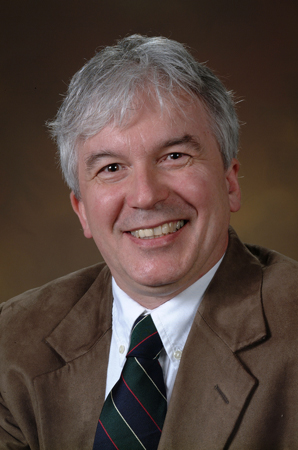 Northampton Community College (NCC) Professor of Mathematics Dennis Ebersole has been elected the Mid-Atlantic Regional Vice President of the American Mathematical Association of Two-Year Colleges (AMATYC). Ebersole’s term on the AMATYC Executive Boards begins on January 1, 2020, and ends on December 31, 2021.

Ebersole, who lives in Emmaus, has been teaching at NCC for almost fifty years. In 1985, he was honored with the Excellence in Teaching Award. He is the author or co-author of six textbooks on mathematics, including algebra and trigonometry. He was principal investigator (PI) or co-PI on over twenty-five grants totaling more than $2 million. In addition to AMATYC, he is a member of the Mathematics Association of America (MAA), the Eastern Pennsylvania and Delaware (EPADEL) section of the MAA, and the Pennsylvania State Mathematics Association of Two-Year Colleges (PSMATYC).

Founded in 1974, AMATYC is dedicated to the improvement of mathematics education in American two-year colleges.  AMATYC is the only national organization devoted exclusively to providing a national forum for the improvement of mathematics education in the first two years of college.  AMATYC has approximately 2,000 individual members, over 130 institutional members, and 45 state or regional affiliates in the United States and Canada.