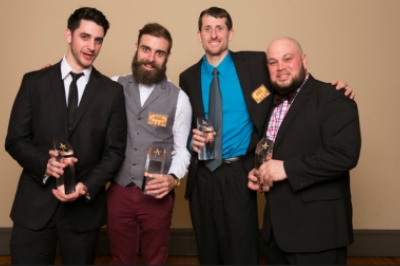 Northampton Community College (NCC) communication design students and faculty won recognition for their creative work in the 2015 American Advertising Federation competition, the ADDYs. The students and other winners were honored at the Greater Lehigh Valley Ad Club's awards dinner on March 6.

The ADDY is one of the largest advertising competitions in the world and one of the industry's most prestigious contests.  It has been said that the ADDYs are to advertising what the Oscars are to movies.