"What do I do next?"  The New Choices program at Northampton Community College helps men and women who are changing careers, returning to the workforce, or going back to school find answers to this question.  Funded by a grant, New Choices is free. 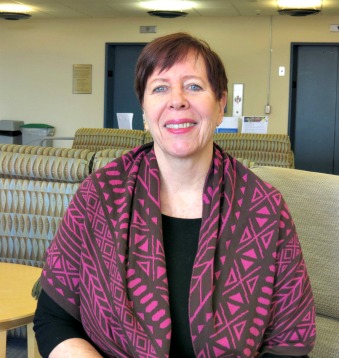 Jane Pennington, facilitator of Northampton Community College's New Choices program, leads the series as a process group, with participants giving and getting feedback from their peers, sharing ideas and networking.

Other activities include reading, practicing interviews and pop quizzes, all toward the goal of summing up skills, values, interests, and direction.  Pennington also works with program members on an individualized basis, as, for example, on resume-honing.

Since the sessions are individualized according to group members' needs, topics are explored in the order of importance to participants.  These include personal development, career exploration, career assessment, job search, resume and cover letter-writing, interviewing.  Students also learn the importance of networking.  "Connections are silver bullets," Pennington says.

With a typical class consisting of five to ten people, each participant has a voice in a supportive environment.  "The group sustains them," Pennington says.

The program can turn lives around.  "I've seen miracles," Pennington says.  These include:

•·         A single mother of two children who had been out of the workforce for years.  With the help of her New Choices group and Pennington, she rediscovered an area she had not considered, but one in which she had volunteered -- internet technology.

•·        A mother of four children who was in the process of divorce.  Because she had not held a paid job in a while, she worried about securing references.  Discussing this concern in her group, she remembered someone who could serve as a reference.  Now more confident, she found a job she loves, as a fitness trainer at a YMCA.  "I am in a happy place," she says.

•·         A man with a good job who had never done volunteer work, but who wanted to start.  After going through a training program, he enjoys giving of his time and skills at an area hospital.

•·         A woman in her 40s who discovered through New Choices that rather than changing careers, she really belonged in the field she was already in.  What she needed was another company whose philosophy better matched her own.  She quickly found employment at a more compatible workplace.

Nonetheless, setting out on a new path usually isn't easy.  Some people doubt they can come up with a resume.  New Choices helps them assess their skills and build a resume oriented toward their talents.  Self-assurance blooms.

Self-discovery is key.  Part of the program's foundation is "honoring yourself and listening to that small, still voice."

"Two things that I always hear from new students about New Choices are 'It built my confidence,' 'It got me moving forward.' One person started cleaning out her closets, garage and house," Pennington says.  "People seem to move into action." Sometimes the action is taken in sweet, small steps, she notes.

Pennington's research into the world of work keeps New Choices students updated with the latest interviewing techniques, resume formats, and guidance on how to network.  Through her master's degree in Social Psychology Pennington brings a strong background in understanding human dynamics in addition to know-how from diverse professional experiences that informs her perspective on career choices.

New Choices evening classes meet twice a week for six weeks and daytime classes meet four times a week for four weeks, all at the Fowler Family Southside Center.  For more information or to register, call 610-332-6560.