The NCC Monroe Cheerleading Team has only existed since fall 2014. And it's true that some of the members had never cheered before. But that didn't stop the team from 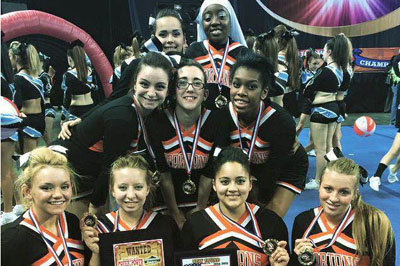 They placed first in the college division at the American Cheer Power Championship in Trenton on March 21. At their first-ever competition on March 14, the team placed second at the Delaware Valley College Gold Cup Cheer Classic - the first trophy ever won by any sports team at NCC Monroe!