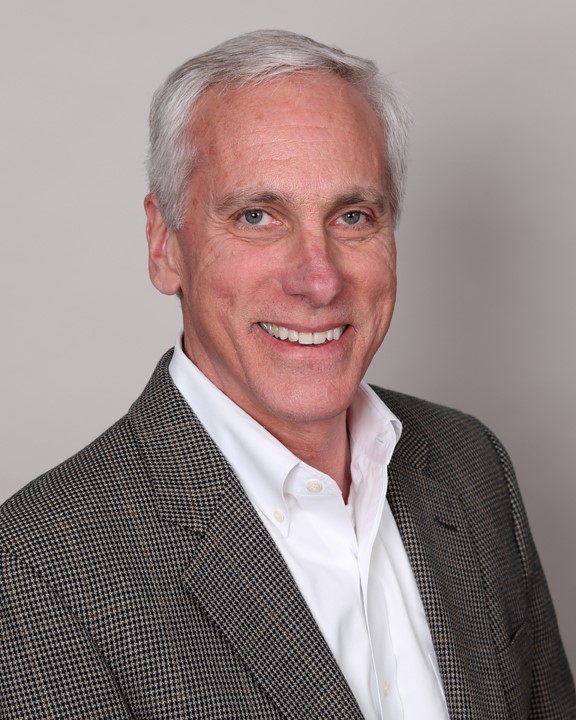 McLaughlin of Greer, SC received a bachelor’s degree in both architectural design and construction sciences from Clemson University. He opened his own construction company in Greenville, SC in 1989 with $20,000 and built the firm which generated $20 million. He sold the company in 2019 and is now a construction consultant. He writes, "I credit Dr. Michael for helping me find my place and sparking that fire!"

Wagner of Boyertown received an avian biology certificate from Cornell University’s Lab of Ornithology after NCC. He has spent 25 years as a field biologist/applied ecologist for science-based environmental firms. He was self-employed for six years in contractual environment services for several environmental companies as well as retail sales at Cabella's until his retirement.

Heckman of Easton is a title clerk at BerkOne.

Focht of Bethlehem is a manual test engineer I at Gateway Ticketing Systems, Inc. She earned a bachelor’s degree in business management from Moravian College and a master’s degree in information systems from DeSales University.

Rothenberger of Barto is the owner of PLACE, a design business in Barto for over 11 years. The internationally recognized and award-winning design firm specializes in outdoor living spaces, landscaping, interior design, event planning, holiday decorating and more. PLACE now has a Design Studio and Showroom at 1780 Rt100, Bally PA 19503 that is open to the public on the weekends. 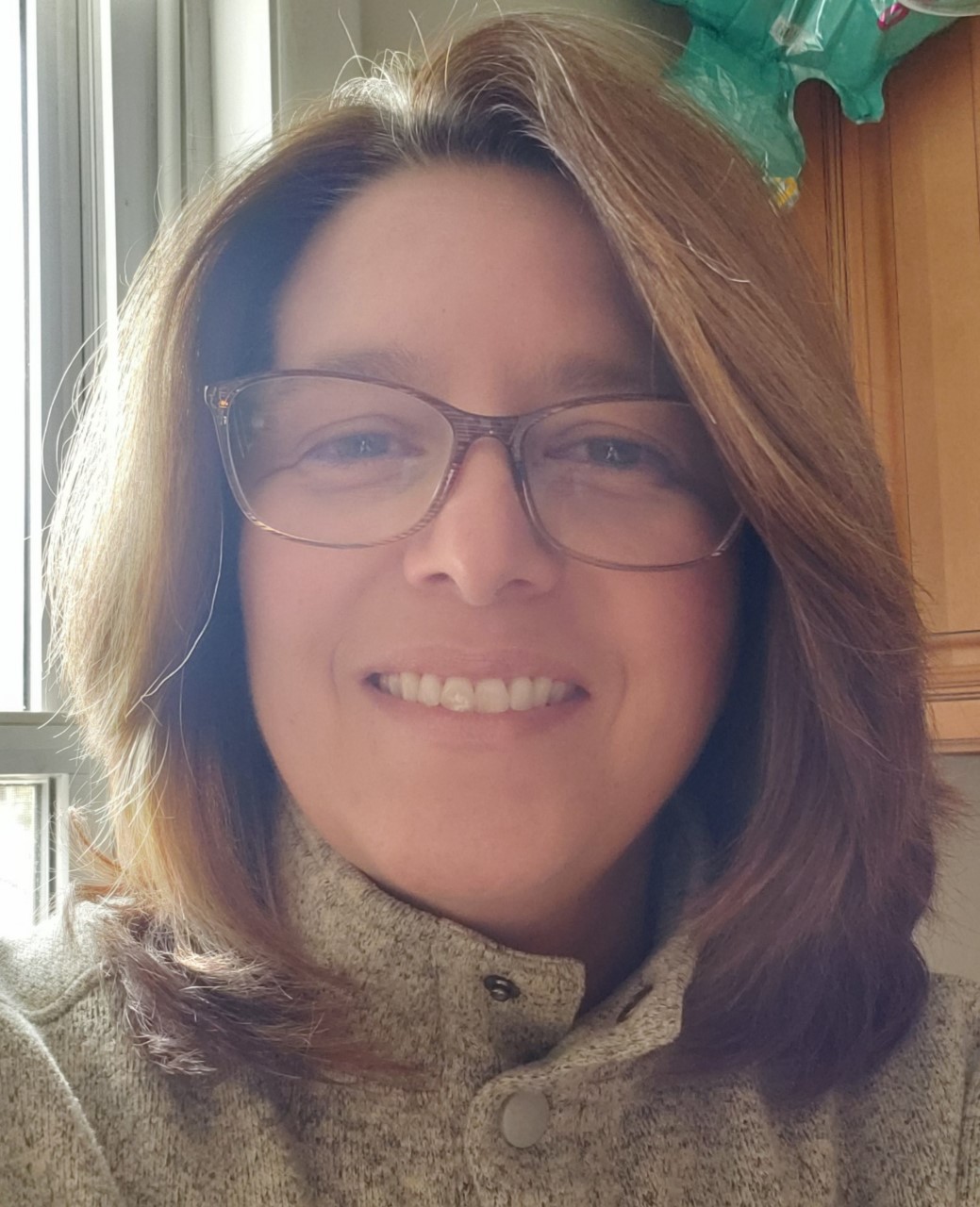 Schultz of Harleysville has been at the University of Penn for almost 2 years in the Oral Surgery and Dentistry department of the PennVet Hospital.  She continues to adjunct lecture at CHCI's dental assisting program. After 25 years at a periodontal practice, she has stepped back from working daily in clinical perio and does some temporary assignments.

Janet is the point person for the Radiation Safety C.E. courses for CHCI.  She has corrected/changed the lecture content for these courses. Her UPenn department chair has asked her to write a radiation safety lecture and submit it for acceptance at the AVDC (American Veterinary Dental College) annual conference. Radiation safety is part of her teaching labs.

Jones of Sciota is a diabetes nurse educator at Lehigh Valley Health Network-Pocono. She earned a bachelor’s degree in nursing at Kutztown University and a master’s degree at Wilkes University in nurse education. 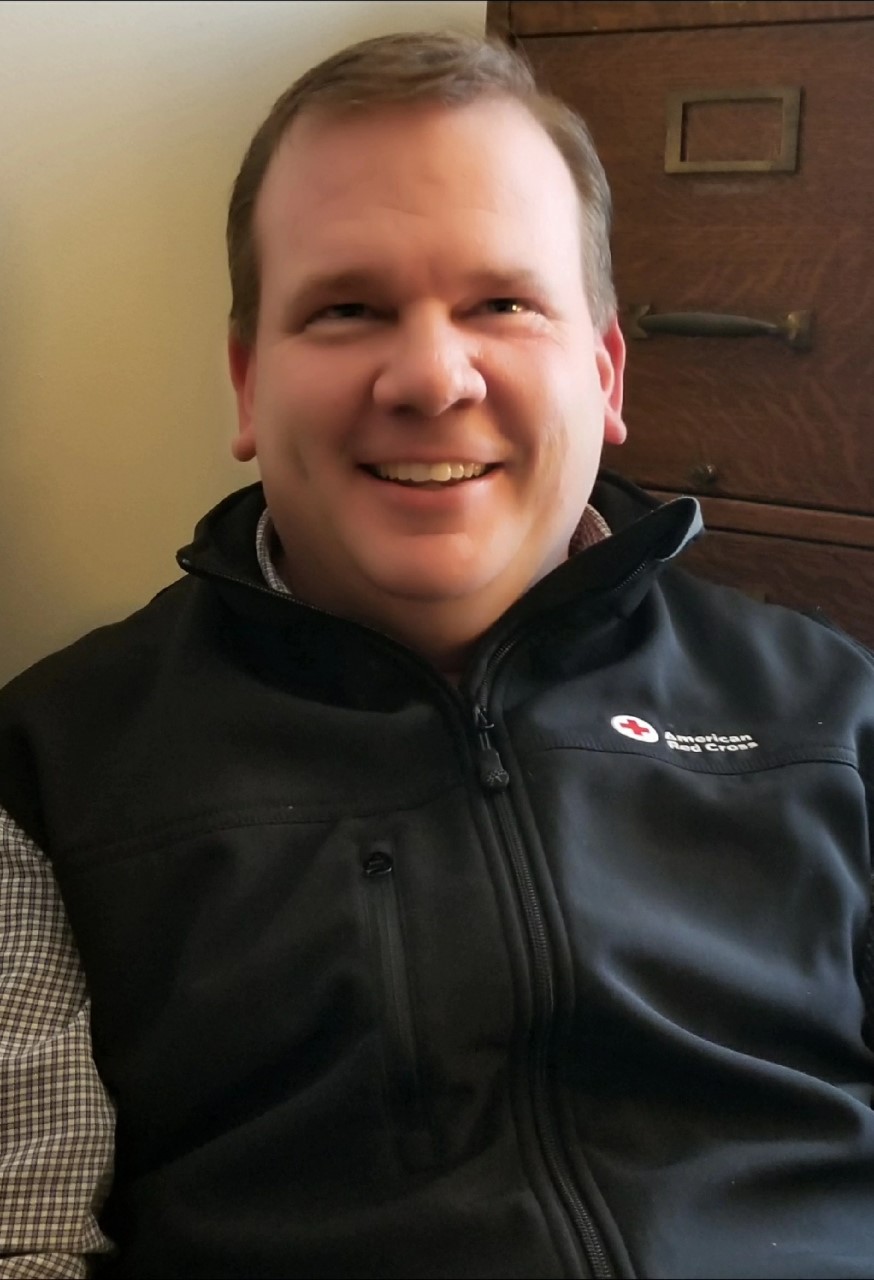 Steve Leauber of Lewisburg is a senior disaster manager for the American Red Cross in Pennsylvania. He will be managing five other managers across the Commonwealth to ensure that they are leading their teams appropriately and providing all of the services to disaster clients. In the past, he has been deployed in various capacities to disasters such as the Las Vegas mass shooting, the Ohio River flooding in Kentucky, Hurricane Florence, and the Tree of Life shooting in Pittsburgh. Steve writes, "Thank you to NCC for getting me started and building a good foundation for me to build my career upon."

Ramos of Bethlehem is a claims specialist for the Social Security Administration.

Brotzman of Walnutport is a senior manager of engineering at FOX Sports.

Luise of Easton is the co-owner of the new sandwich shoppe in Downtown Easton called Ciao. 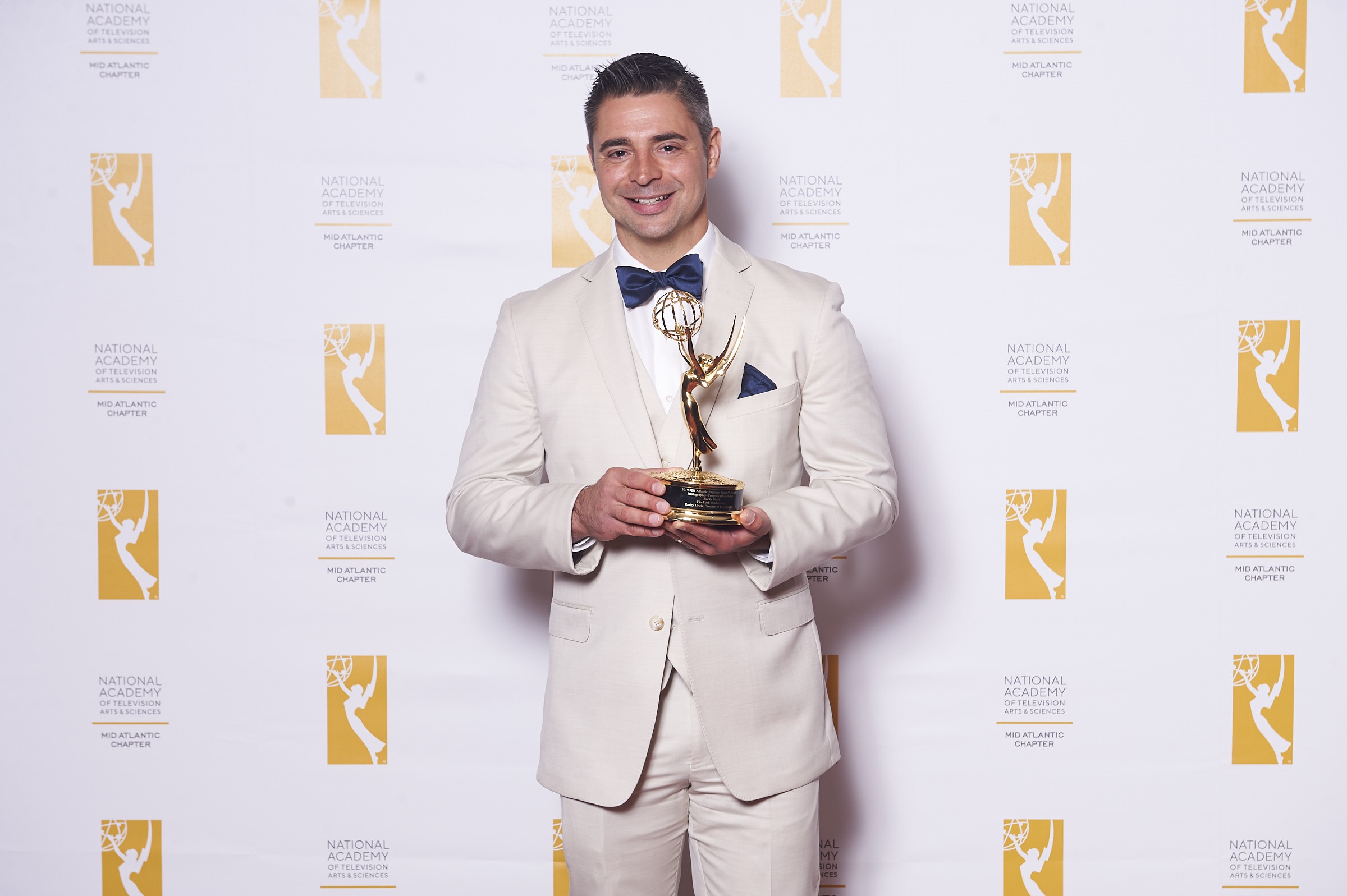 Urich of Emmaus is the co-owner of FireRock Productions with his wife Julia. FireRock Productions won a 2020 Mid-Atlantic Regional Emmy® Award from the National Academy of Television Arts and Sciences. FireRock’s lifetime achievement climbs to twelve Emmy awards since their first award in 2013. The Emmaus-based video production company earned an award in the Program Photography Craft Achievement category for the fifth time in six years.

Cook of Washington, NJ is the box office manager and operations assistant for the New Jersey Jackals. He earned a bachelor’s degree in sports management at Rutger’s University. 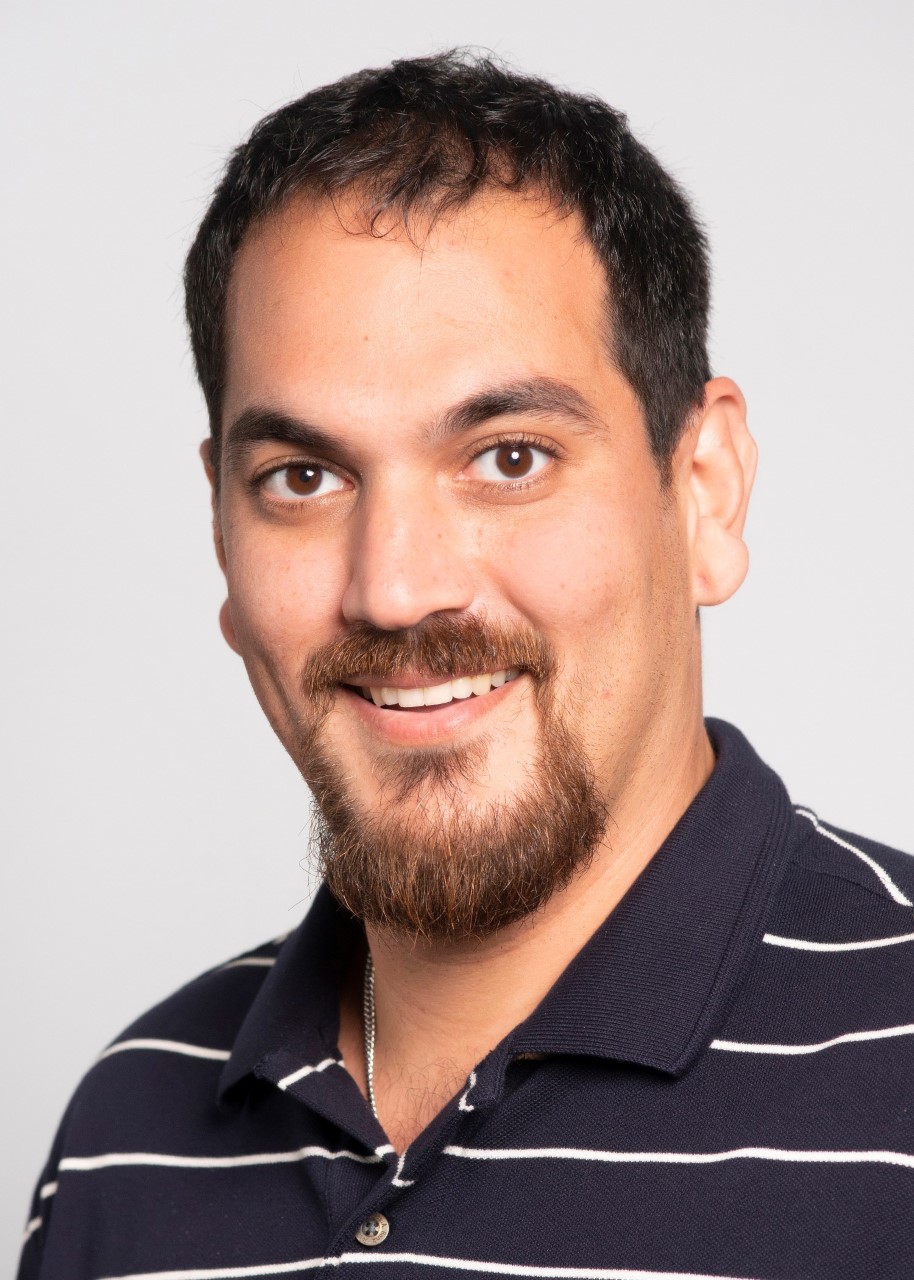 Tsingelis of Stroudsburg is a quality manager at Sanofi Pasteur. 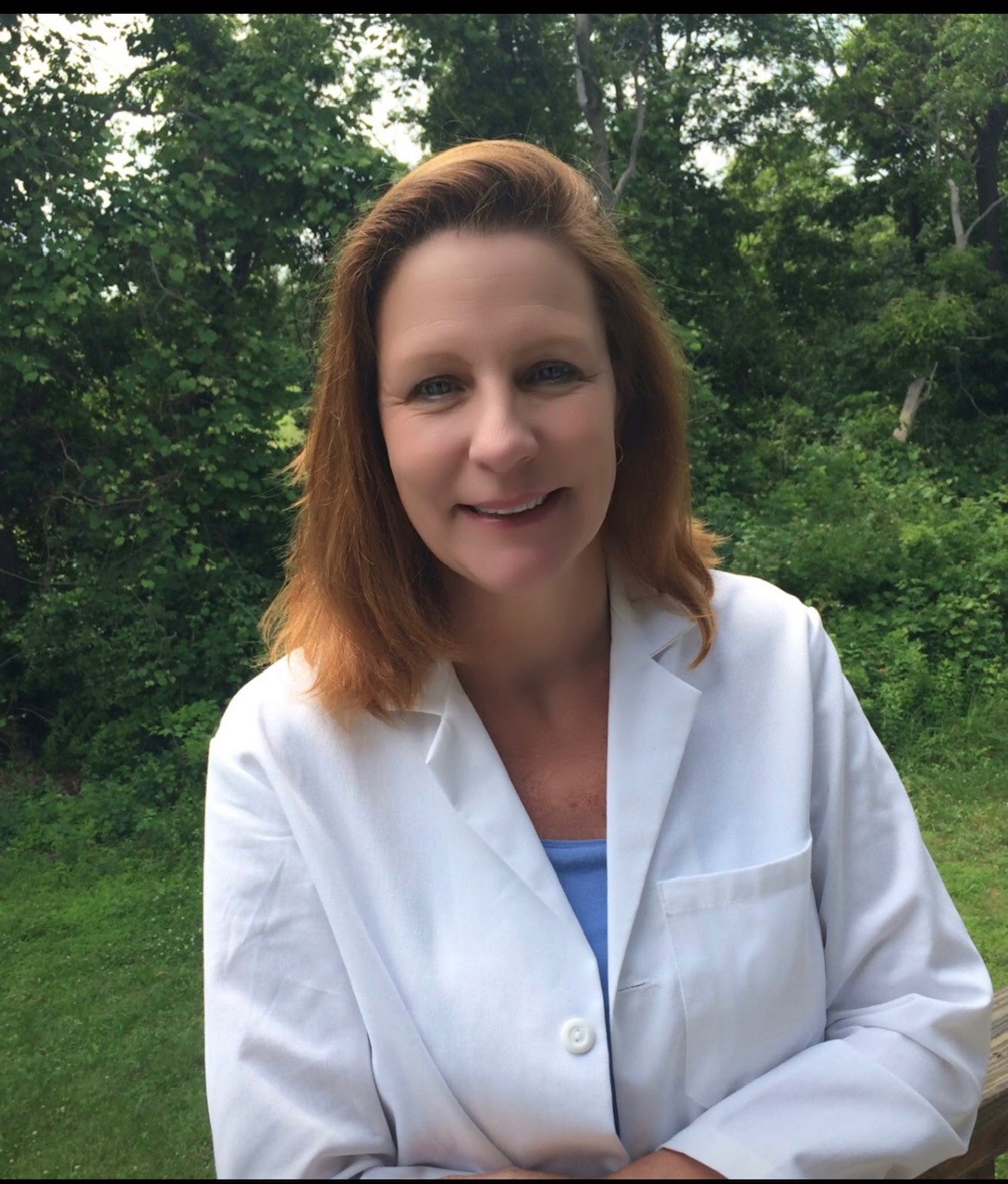 Walburn of Christiansted, Virgin Islands is a dental hygienist at the Frederiksted Health Care Center on the island of St. Croix. She provides hygiene services in a dental clinic during the week and enjoys scuba diving on the weekends. Margaret says the weather is 85 degrees year round and she doesn’t miss scraping snow and ice off of her car. 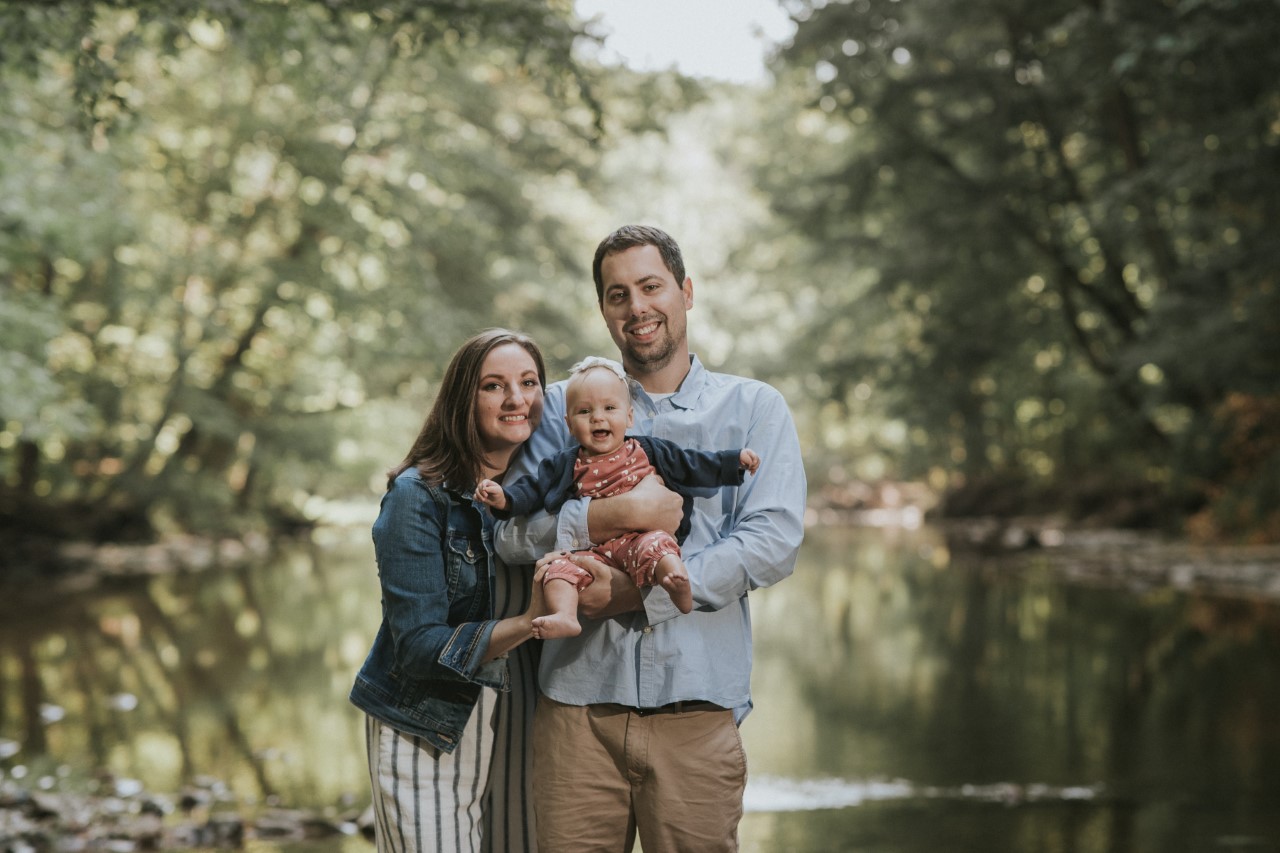 Falcone of Nazareth and husband, Brian, are the proud parents of Winter Kate Falcone who was born on January 30 weighing 6 lbs. 8 ozs. and 20” long. Madeline serves as a director on NCC’s Alumni Association Board.

Fistner of Allentown is employed at Valley Manor Rehabilitation and Care Center in Coopersburg as a nursing home administrator. 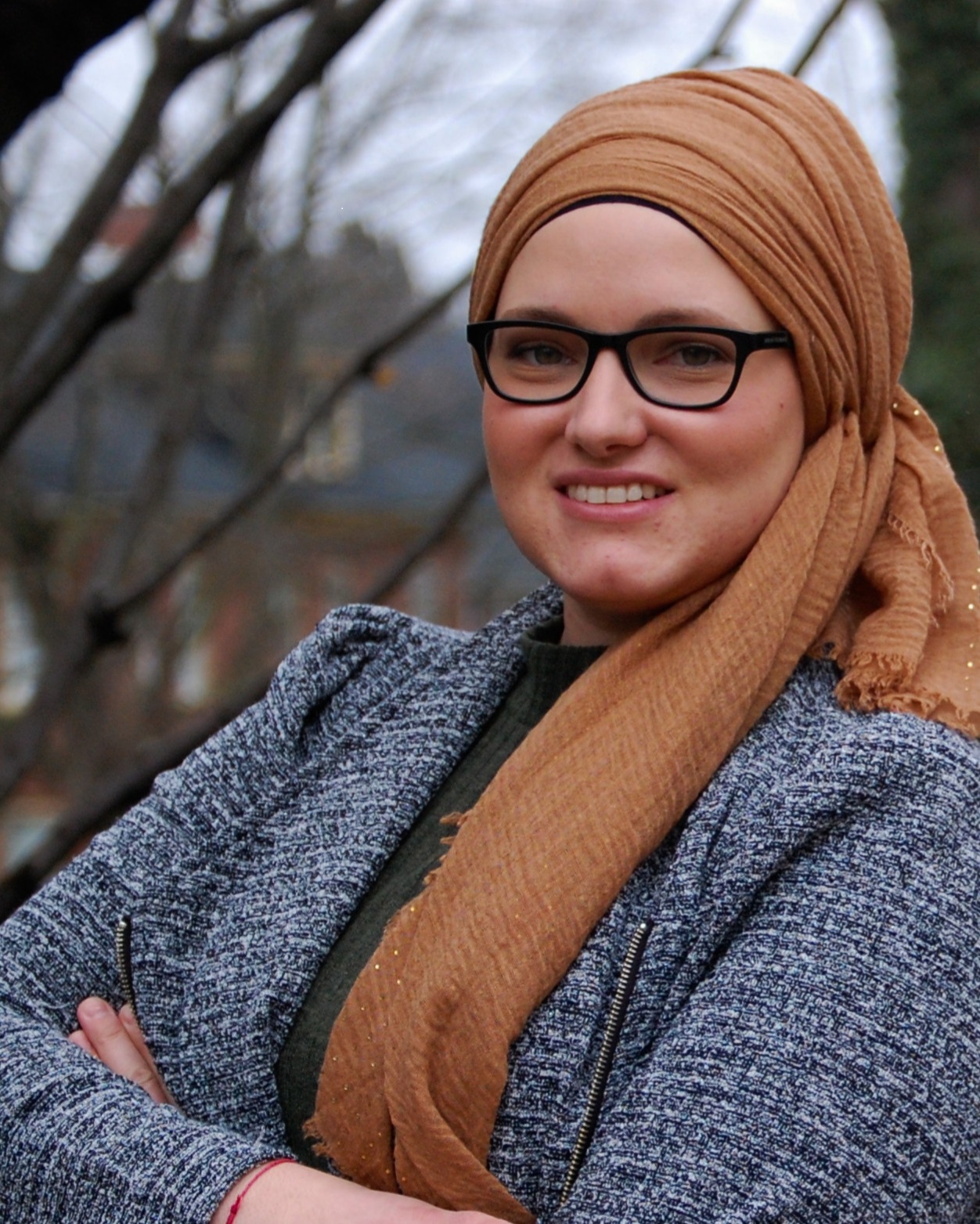 Abdul-Rahman of Coplay is an international board certified lactation consultant employed by Lehigh Valley Health Network Muhlenberg. She leads staff education initiatives, creates content for and teaches prenatal breastfeeding classes, teaches baby care classes and returning to work and pumping workshops. She is a board member and steering committee member for the Lehigh Valley Breastfeeding Coalition. Jennifer has opened her own private lactation consulting practice to better serve families in the community through home visits and virtual consultations. She writes, "I always remember back to my time at NCC and all the great opportunities and instructors I had the privilege to learn from."

Fasinski of Bethlehem is the treasury analyst at PeaPack-Gladstone Bank. 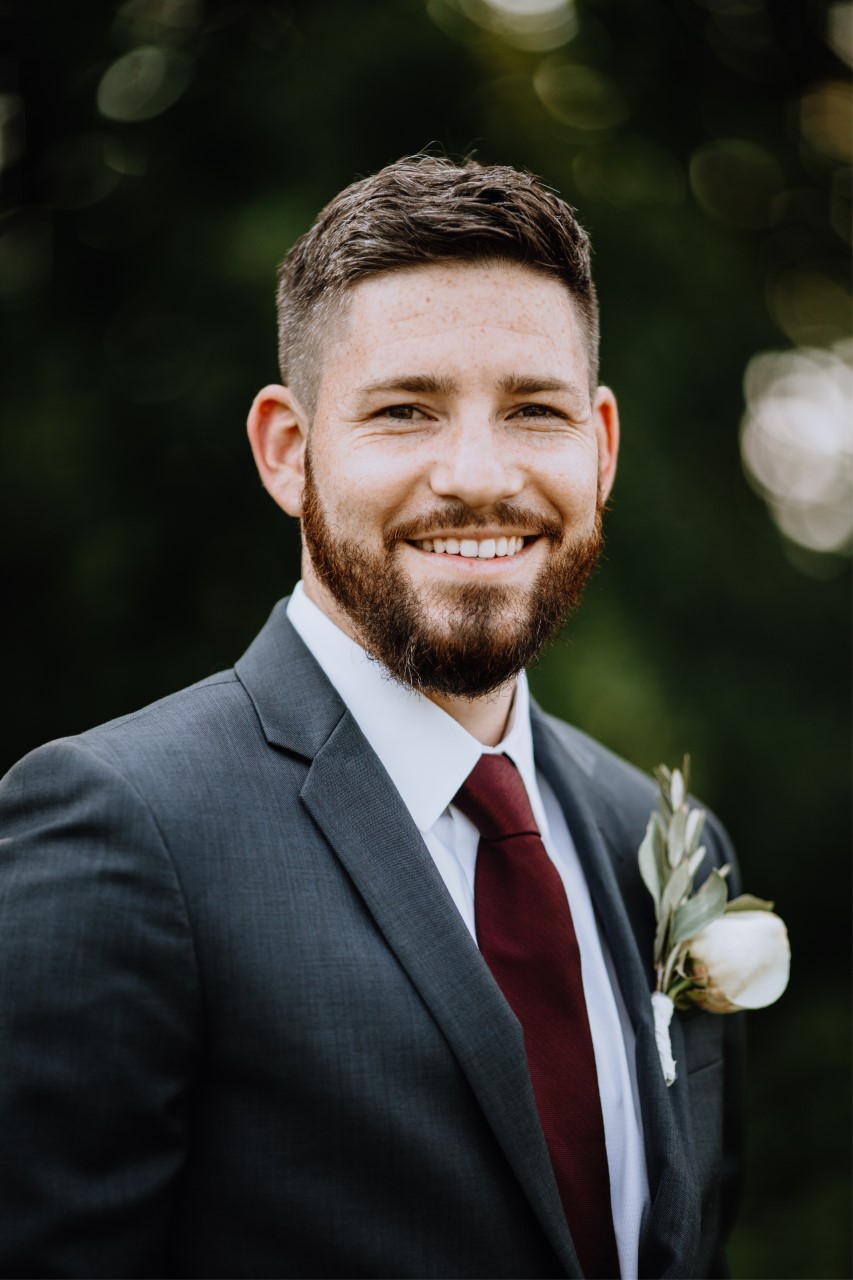 Semonich of Brownsburg, IN has been promoted to product manager of sheet products at Nucor Corporation at its Crawfordsville, IN plant. Tim and his wife, Gretchen (Willever) Semonich ’10 (interior design) have recently made Indiana their home.

Uhl of Easton is a marketing coordinator at Ethos Dispensary in Philadelphia. Rebecca earned her BBA from Temple University.

Mensinger of Bloomsburg is a correctional officer for the Bureau of Prisons.

Riley of Philadelphia is a senior consultant at KPMG LLP.

Wong of Namdong, Incheon, South Korea is an English teacher at Poly Hagwon in South Korea.

Arndt of Nazareth is a cardiac critical care nurse at St. Luke’s University Health Network. After NCC, she started the RN-BSN program at Walden University. She hopes to attend graduate school for her MSN with a focus in education. Kristen writes, "I would love to have my journey come full circle and eventually work as a professor at NCC."

Leonard of Dunbar is the owner and director of Playland Daycare.

Mitchell of Bethlehem is a credit and risk analyst at Victaulic. He earned a bachelor’s degree in economics from Temple University.

Omondi of Bath is a craftsperson at B. Braun Medical, Inc. 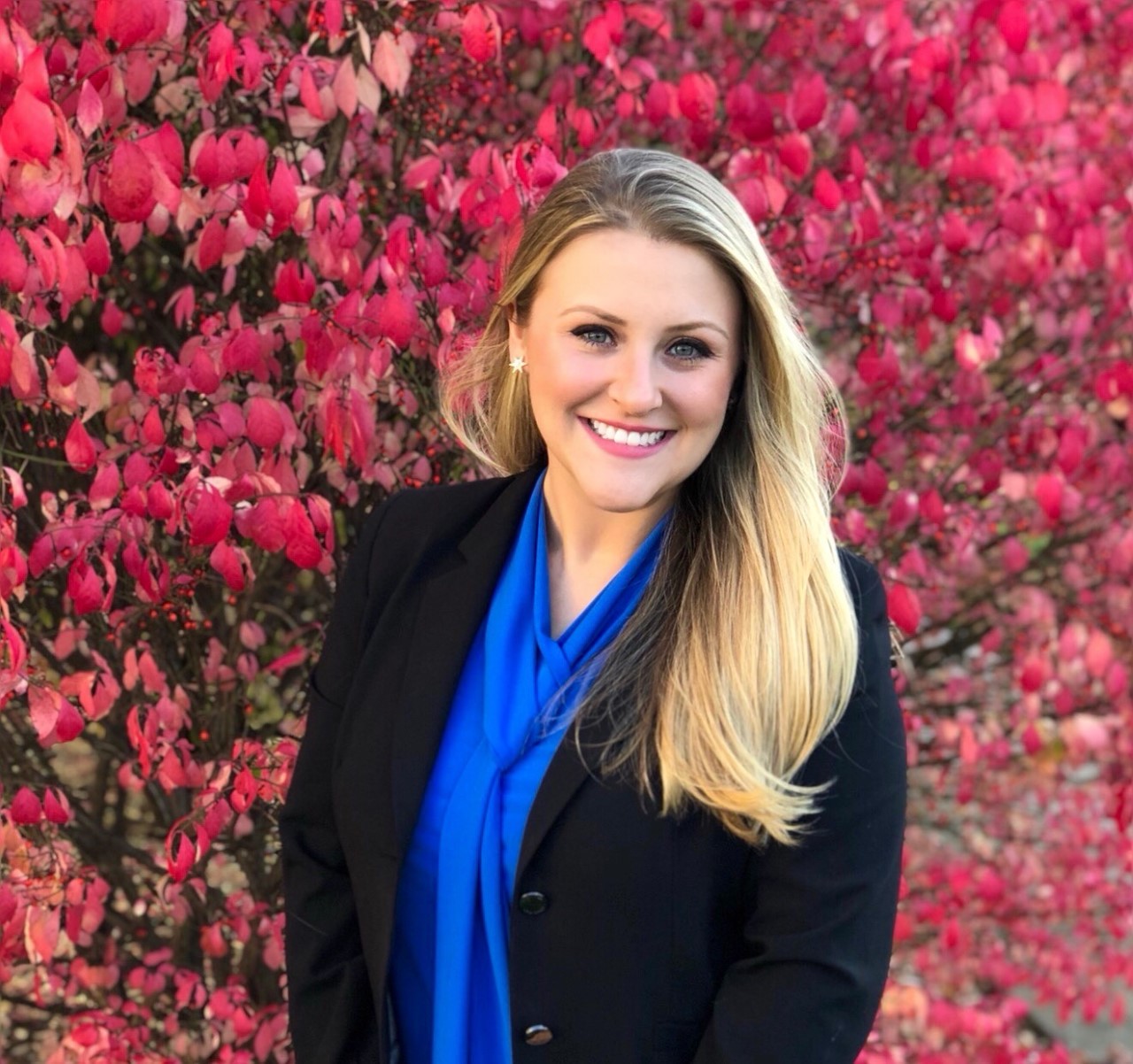 Bogart of Macungie is a strategic enterprise account manager at Lumen Technologies. She received a bachelor of arts degree in business management with a concentration in marketing from Moravian College in 2018. 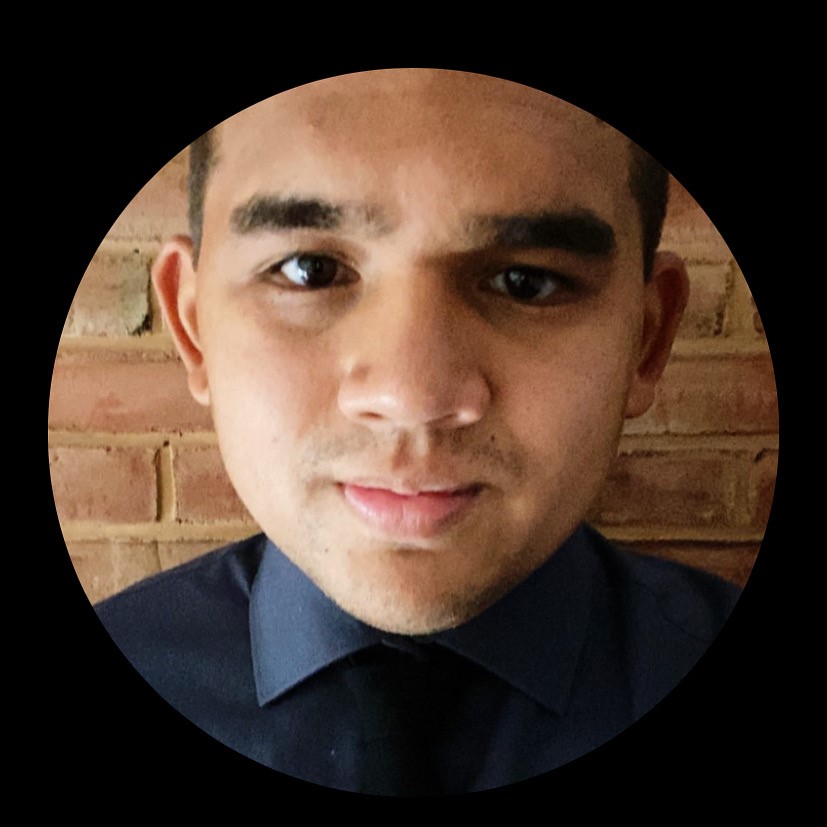 Martinez of Danielsville is studying public relations and public communications in the accelerated BS/MS program at Drexel University.

Strungis of Nazareth is pursuing a bachelor of engineering degree at Lehigh University. He is the project team leader at Hindlepower, Inc. in Easton.

Uhler of Tatamy is an accounting associate at Buzzi Unicem USA.

Arroyo of Bethlehem is a 2020 Moravian College accounting graduate. He is a tax intern at Concannon, Miller & Co. PC.

Hahn of Palmerton is a dental hygienist at Professional Dental Associates.

Pinczok of Bethlehem is a spring 2020 Kutztown graduate with a BFA in fine arts in applied digital art. 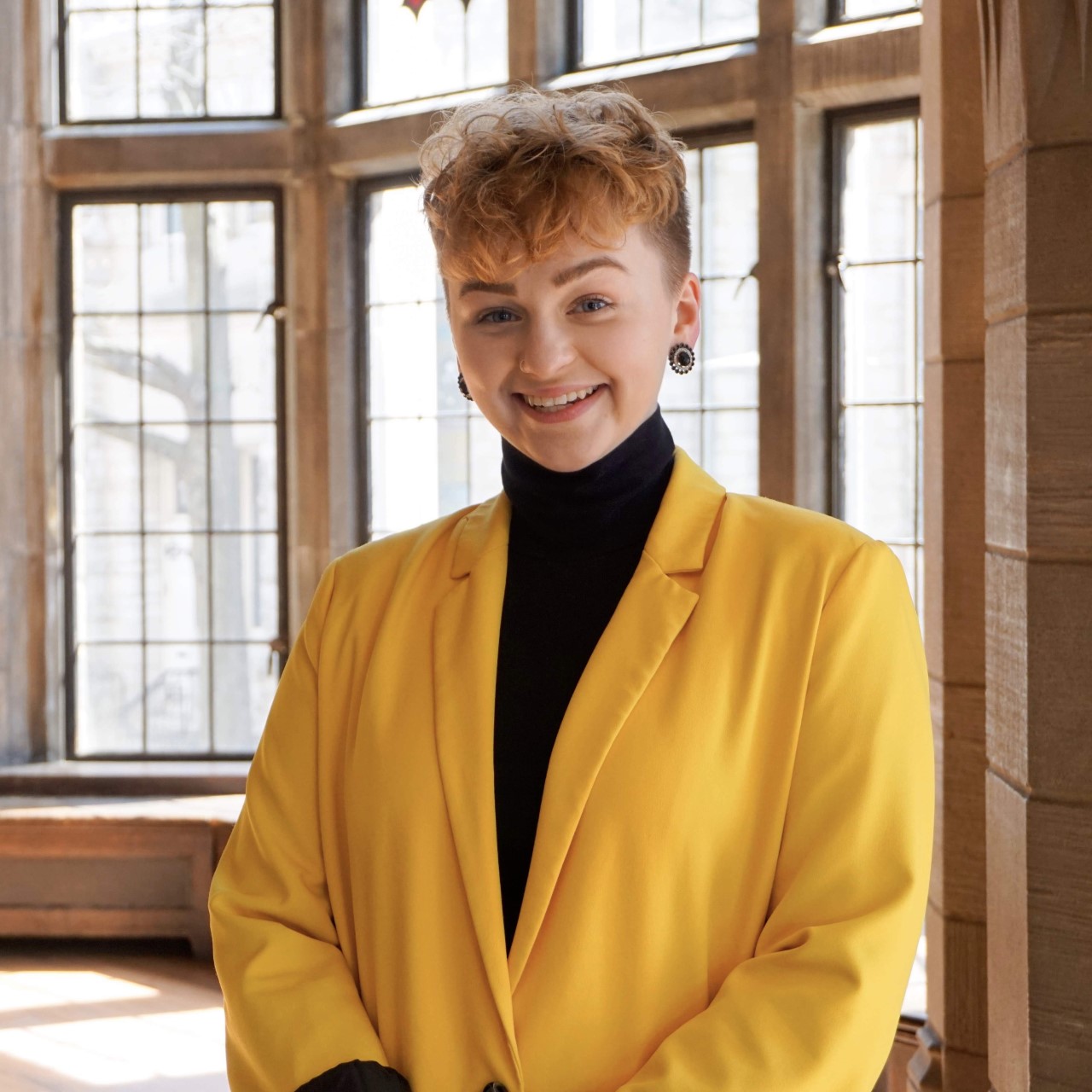 Pope of Philadelphia is a 2020 graduate of Temple University where she received a bachelor’s degree in political science. Heather participated at the Democratic National Convention as an at-large delegate representing the entire State of Pennsylvania. She received over 52,000 votes in her district for the delegate position.

Talanca of Berwick is a summer camp supervisor at the Berwick Area YMCA. She also coordinates the Before and After the Bell program at the Y.

Davies of Pen Argyl is employed as a to-go server at Longhorn Restaurant.

Hartley of Bethlehem is employed as a software developer at Software Consulting Services in Nazareth.

McLaughlin of Bath is pursuing a bachelor’s degree in business administration at Drexel University. He works for the Supply Chain Analytics Co-op at West Pharmaceutical Services. 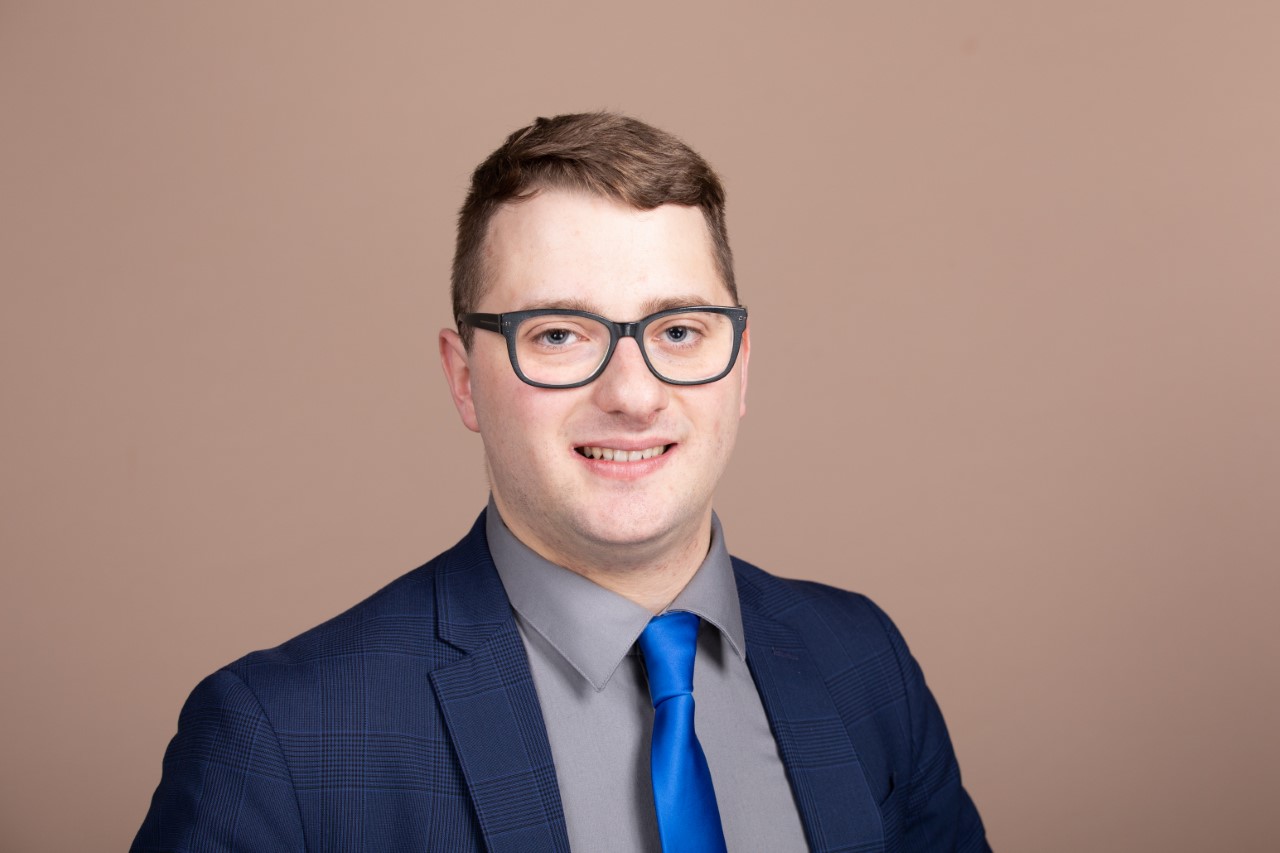 Weaver of Coopersburg is a Global Social Impact Fellow at Lehigh University. He is an emergency room technician at St. Luke’s University Health Network. 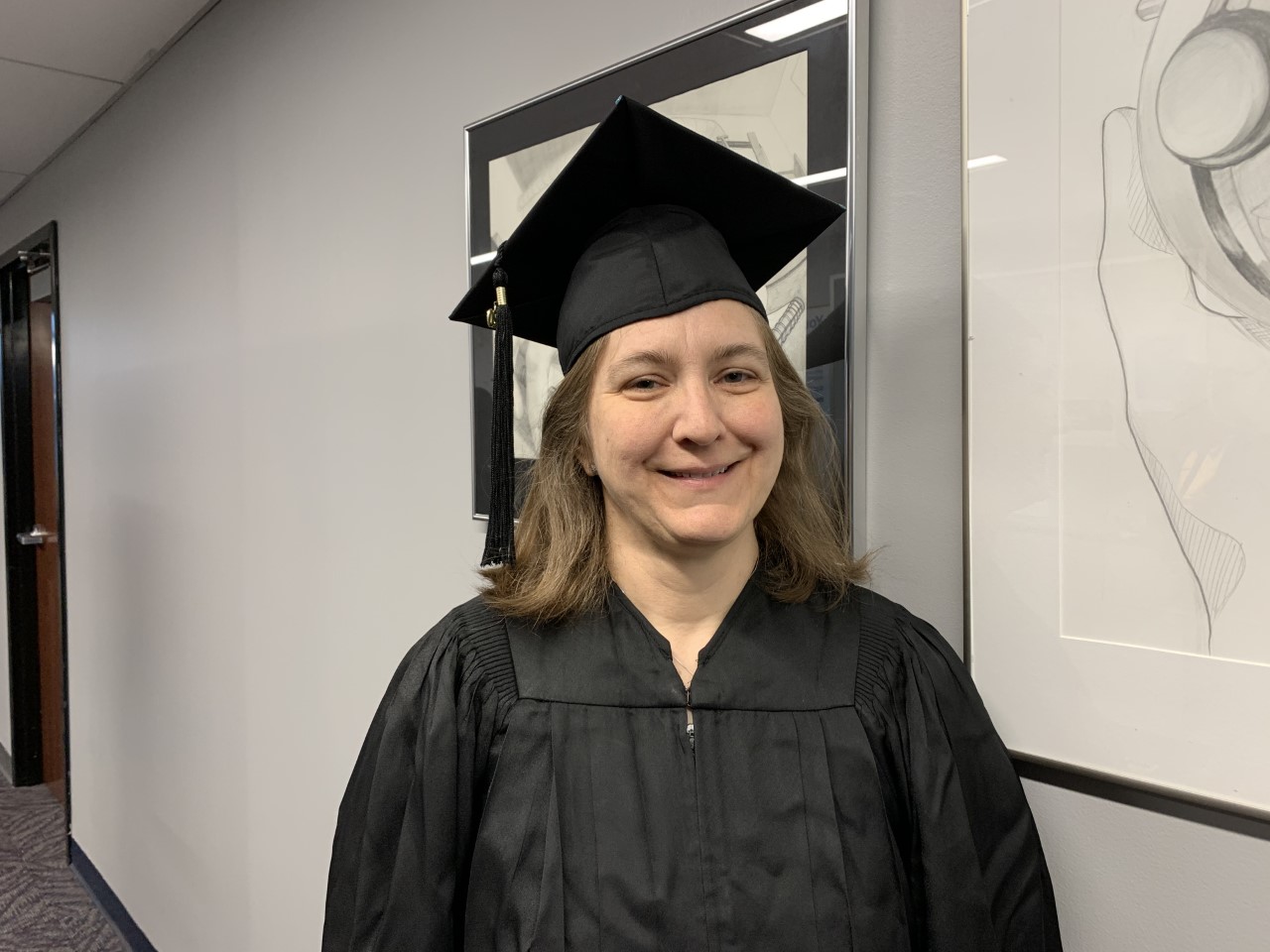 Cramer of East Stroudsburg is a logistics management specialist at the Tobyhanna Army Depot where she has worked for the past 28 years. She plans to teach when she retires from her current position at the Depot.

Lane of Bethlehem recently accepted a position in IT at Ironton Telephone Company.

Be considered for future Classnotes updates by filling out the form below!

Fill out my online form.