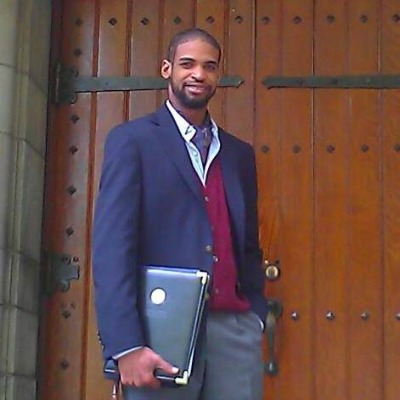 When Khaliq Al-Shabazz, a well-known Easton community activist was murdered in 2005 in Florida, he had started a business, Color Me and Learn Comics.  The series went far beyond the usual comic books.  Rather than simply entertain, the books were invented as a vehicle for children learning to read.

Before transferring to Lehigh University, where he graduated earlier this year, McClain completed 48 credits at Northampton Community College (NCC) as a communication design/new media major.  At NCC he gained the skills to compose a coloring book, earning a 3.62 average in the process.

At Lehigh, McClain double-majored in psychology and history, and took classes on entrepreneurship.  In one of his psychology courses, he did empirical research with 30 third- and fourth-grade students at Moser Elementary School.  Using his own coloring book, he explored how students could learn to recognize words, define them and use them in context as a product of coloring.    McClain is the author of two educational coloring books, one about Larry Holmes and another about retro cars.

To fund publishing and distribution his comic books to 100,000 students in area schools, McClain has established a Kickstarter campaign to raise $10,000 by October 25.

McClain is glad he began his higher education at Northampton Community College.  "NCC had the right environment and the right people to guide me to the next level," he says.  "It had the resources I needed, at the age of 25, to be able to transfer to a premier research institution."

For more information about Color Me and Learn Comics, visit www.colormeandlearncomics.org.