Laughing all the way to the bank!

The first Northampton Community College Comedy Night on April 3 at the Monroe Campus was a huge success not only due to all the laughs it generated but also because it raised almost $500 for a new scholarship fund! 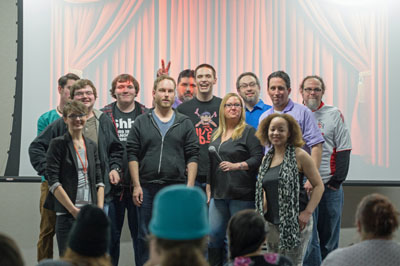 The idea for a Comedy Night came from student Susan Balog, president of NCC's Education Club, after finding out about a little known holiday called "Belly Laugh Day." The Education Club sponsored the event and enlisted student, faculty and community performers. They were:

According to Balog, plans are underway for another Comedy Night in April 2016. This night of belly laughs is open to the public, so save the date!

View photos of the evening taken by Matthew Kotwicki in this gallery.