The meaning of courage

Michael Sparrow, dean of enrollment management and retention, May 25, 2020 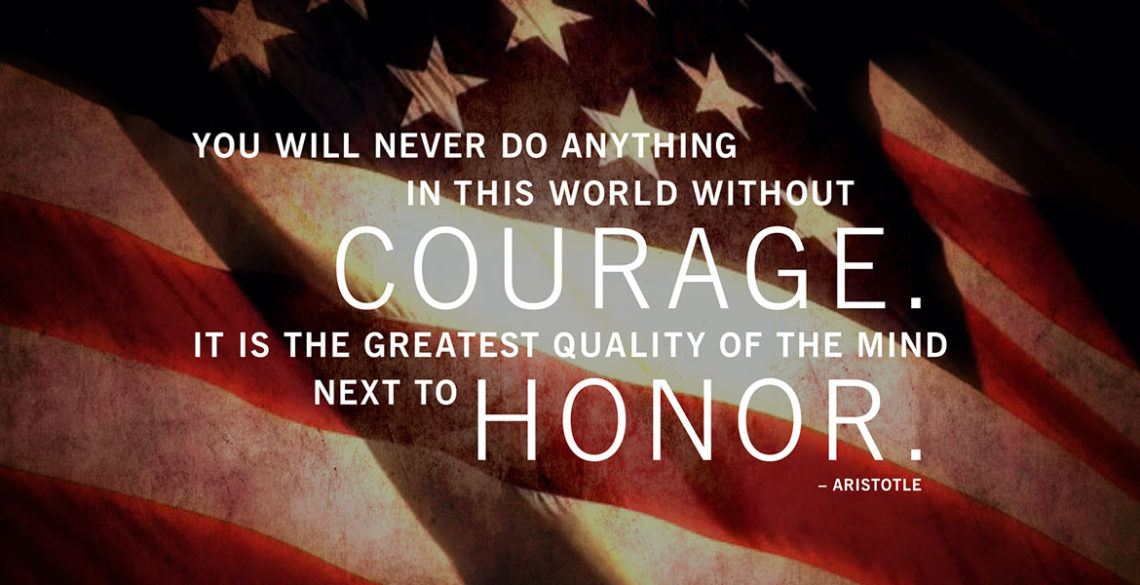 I have to admit that this historian and veteran was surprised to learn that Memorial Day, as we know it, has only formally existed as a federal holiday since 1971, making it only a few years older than this old sailor. On that year, Congress set aside the last Monday of May for Memorial Day, a day that serves as a somber reminder of the courage and supreme sacrifice made by some of our nation’s young men and women in the service of our nation and us. For Americans, Memorial Day should compel us to reflect on these lives lost and to honor those Americans who made this ultimate sacrifice in service of all Americans.

I would like to consider more deeply this word sacrifice. I’ll admit that my Latin isn’t what it used to be (and what it used to be wasn’t particularly good to start), but my best understanding is the word comes from the merging of 2 words: sacra meaning sacred rites and facere, to make or do, an act. I like to think that the sacred part of this act is the selflessness, dedication to service of others, and damned courage it requires. If courage is a decision to act made not in absence of fear but in acceptance of it, a decision to persevere in an act despite the cost, a decision to place mission over self, a decision to protect those who cannot protect themselves, then I think, above all else, Memorial Day is about not only this sacrifice, but also the courage required to make that sacrifice. In that sense, we celebrate not the death but the best part of these servicemembers, and maybe by proxy, the best in ourselves.

Under normal circumstances, I would probably run this blog up the flagpole and see who salutes it. But in our COVID-19 world, I’ve been thinking about courage a lot these past weeks, and admittedly much more than I typically do. Like you, I watch the news regularly and see acts of courage every hour and in some unexpected places. Doctors, nurses, and first responders are some clear choices, but some less obvious people are warehouse workers, truck drivers, and supermarket stockers. What these Americans share with those we typically honor during Memorial Day is their exquisite courage and shared sacrifice, putting their lives on the line to protect and serve us, their fellow citizens. Make no mistake, they are waging war, but instead of fighting an enemy they can see overseas, they are fighting an invisible enemy on our homeland, and they are paying a terrible price—the physical toll surely, but also the mental, emotional, and spiritual stress. Many of these heroes will get sick, most will recover, some will not, and some will be unable to cope with the profound emotional trauma and become a different statistic. It’s all simultaneously heartbreaking and inspiring. The parallels between the military and essential personnel this year are unmistakable, and I propose to you, gentle reader, that we consider expanding the Memorial Day umbrella this year until we can, as a nation, create a proper day of remembrance for those essential personnel demonstrating inestimable courage and sacrifice on a different battlefield in the service of our nation and its people. 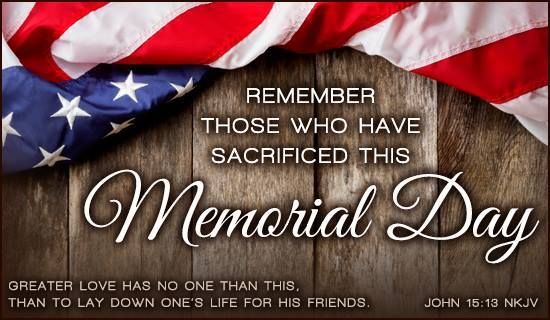 Northampton Community College embraces the unique qualities military service members bring to our institution and is proud to be a Veterans Administration (VA) approved Institution of Higher Learning in addition to our designation as a Military Friendly School. For more information about resources for veterans at NCC, click here.