Ask any chef and they will tell you, sometimes it’s good to spice up a tried-and-true recipe. A jalapeno here, a habanero there, a touch of tabasco, a pinch of pepper. And so it is with Northampton Community College’s venerable culinary program and student-run restaurant, Hampton Winds. With the arrival of Culinary Director Francine Marz, we should all expect a bit of fire to come out of the 25-year-old eatery, and its partner culinary program.

Inaugurated in 1994, the culinary arts program at NCC was the first of its kind in the region. Since then, it has been the training ground for hundreds of creative chefs in the Lehigh Valley and beyond. It was the program’s stellar reputation that attracted Marz.

“Everyone I talked to said Northampton was a great school with a great culinary program, and that Hampton Winds was awesome,” she said.

Marz joined NCC in October 2017 after having started up the Culinary Arts Institute at Montgomery County Community College and running it for four years. Prior to that, she served as director of culinary programs for the Art Institute of Phoenix, executive chef for a catering company, executive chef for Albuquerque Marriot  Hotel, Honeywell, and a variety of chef positions for Disney and other restaurants around the country.

Her 25-year career began simply enough when she started working at Burger King at the age of 16. She knew she was on the right track when, in high school, she placed second and won a $25,000 scholarship to Johnson & Wales University as a finalist in a healthy cooking contest.

Marz earned associate degrees in culinary arts and baking and pastry arts, as well as a bachelor’s degree in food service management from Johnson & Wales. She also holds a master of business administration degree in business and finance from Argosy University, and is working on a doctorate in organizational leadership, innovation and learning at Wilmington University.

Marz is turning up the heat, using her experience and education to put her own spin on the culinary program and Hampton Winds. Interacting with the public is important to Marz, and something she has increased between the students and patrons of the restaurant. 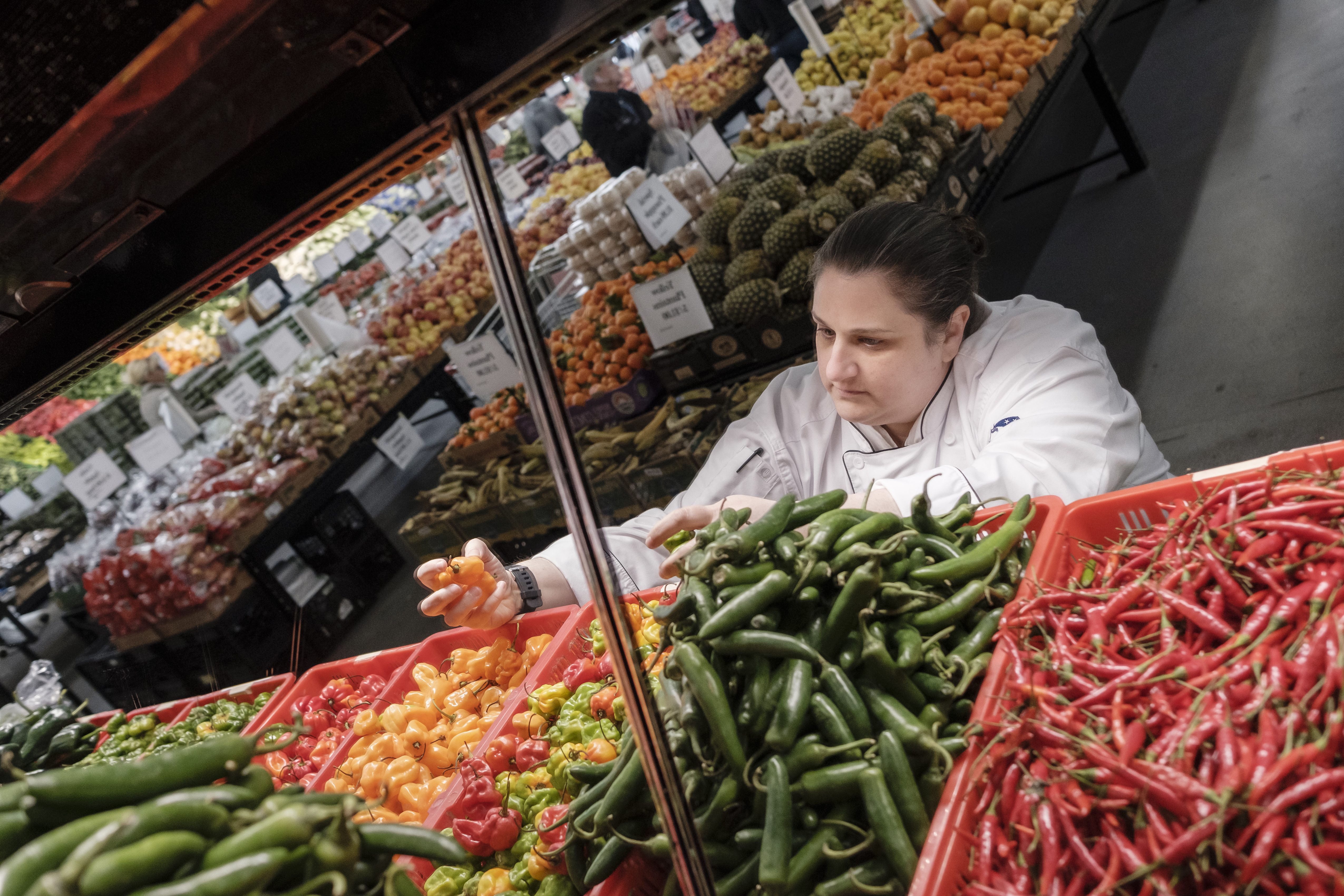 “It used to be that people came in, sat down to eat, and mysteriously the food in the back was created. Maybe a couple of students brought out your dessert. So even though the restaurant was run by students, it wasn’t really. I wanted to bring the students forward, to get them more involved in the restaurant as a whole.”

Now the students spend part of their restaurant rotation working the front of the house — greeting customers, taking orders, bringing out food and the check.

“They get a 360-degree view of how a restaurant runs,” Marz said. “They gain an appreciation and understanding of what it’s like to be in the front of the house, and a sense of ownership and pride in the food they’ve created.”

The curriculum for the student-chefs has changed in that they work through their program as a cohort of 20-24, beginning with a class called Culinary Foundations where they learn everything from career development to resume writing, from how to look for a job and maintain their “brand” to the various career pathways of the hospitality industry. When their training in the kitchen starts, the cohort sticks together for each class, and the chef-instructors change.

“They learn teamwork in the cohort, and different techniques for doing things with the changing instructors,” Marz said.

Menus and décor inside Hampton Winds will also be getting an update based on Marz’ vision of modernizing and refreshing the public face of the culinary program. There will be an emphasis on fresh and local foods, including an in-season farm share from NCC’s East 40 Garden. In addition to the five-course prix-fixe dinner for which Hampton Winds is famous, there will also be a la carte items available for a faster dining experience on busy weeknights. 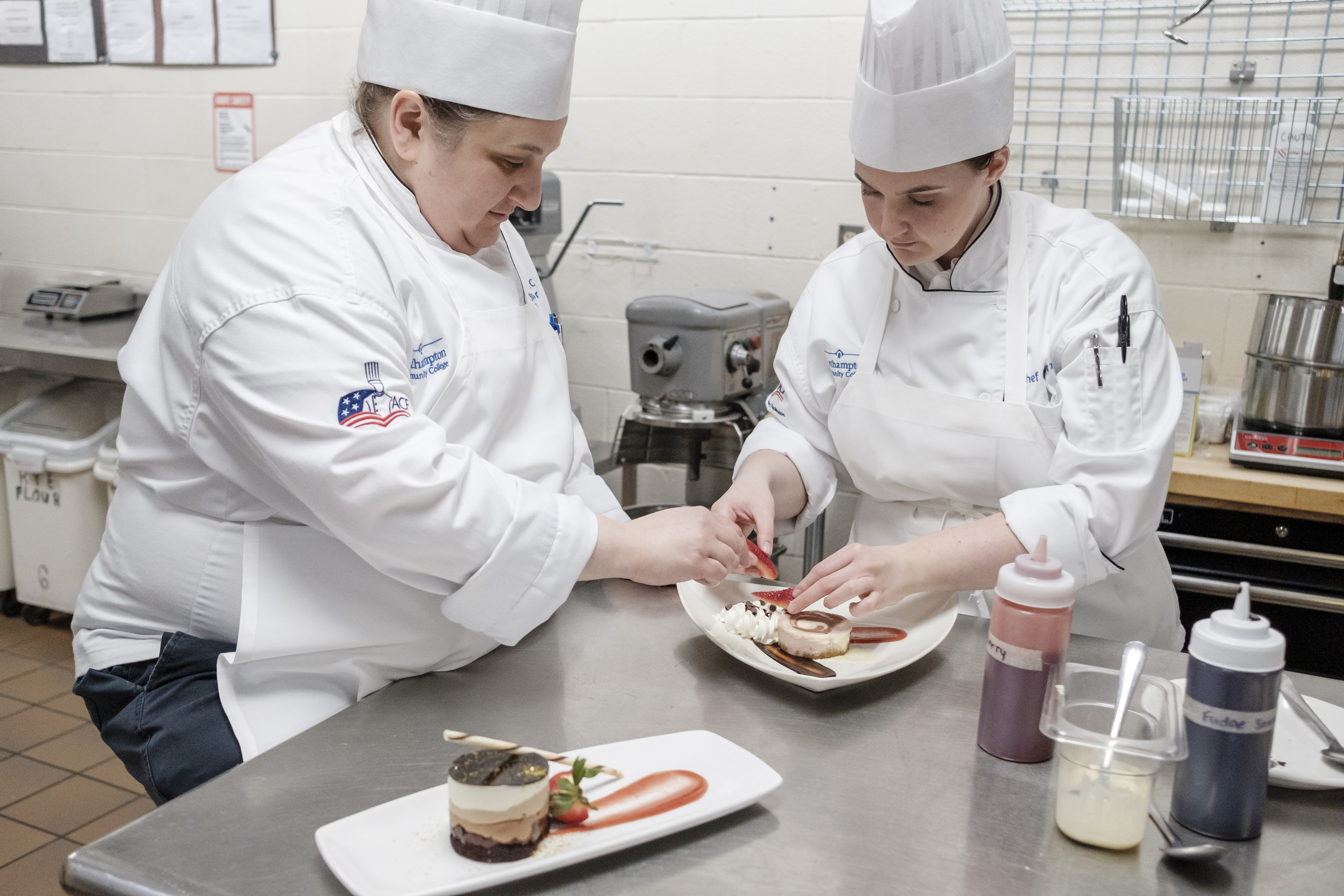 Marz also plans to develop signature dishes for the restaurant that she hopes Hampton Winds will be known for. “We’re saying, ‘Yes, we’re a student-run restaurant, but we really know what we’re doing, too — we’ve got signature items that we want you to crave, to come back for,’” she said.

Also in development are refreshed, student-inspired logos — for the Hampton Winds restaurant, for HW Express, and even one for the culinary program itself.

“We do so much with the annual Food & Wine Festival, as well as other partnerships and competitions outside of Hampton Winds, and I wanted a logo that incorporated both NCC and the culinary program,” Marz explained.

Marz has traveled twice to New Orleans to accompany the students who won the Emeril Lagasse externship competition, announced every year at the Lehigh Valley Food & Wine Festival. In January, eight students participated in a week-long experience working at Emeril’s world-famous restaurants.

“This last trip, we worked at Emeril’s Boudin, Bourbon & Beer Festival and the Carnivale du Vin. It was such great professional development for the students. They got to meet and work with Emeril, Guy Fieri, Masaharu Morimoto, as well as experience the foods of New Orleans they’d been studying,” Marz said.

“The experience was unforgettable!” said Hannah Georgis, one of the externship students.

For Marz, the New Orleans trip was just another incredible example of what she said is a “high-end, world-class program that just happens to be at a community college.”

“I know it sounds cheesy, but it’s true — this college has the right ingredients to make the perfect recipe for success,” she said.

“I hope our students walk out of here with the skills and techniques and the passion to be successful. I tell them that the apron is like a backwards cape — when you put that chef coat on, you become a superhero. Being a chef is more than throwing food together. The more love and passion you can put into what you do, the more positive a reputation you’ll gain.” 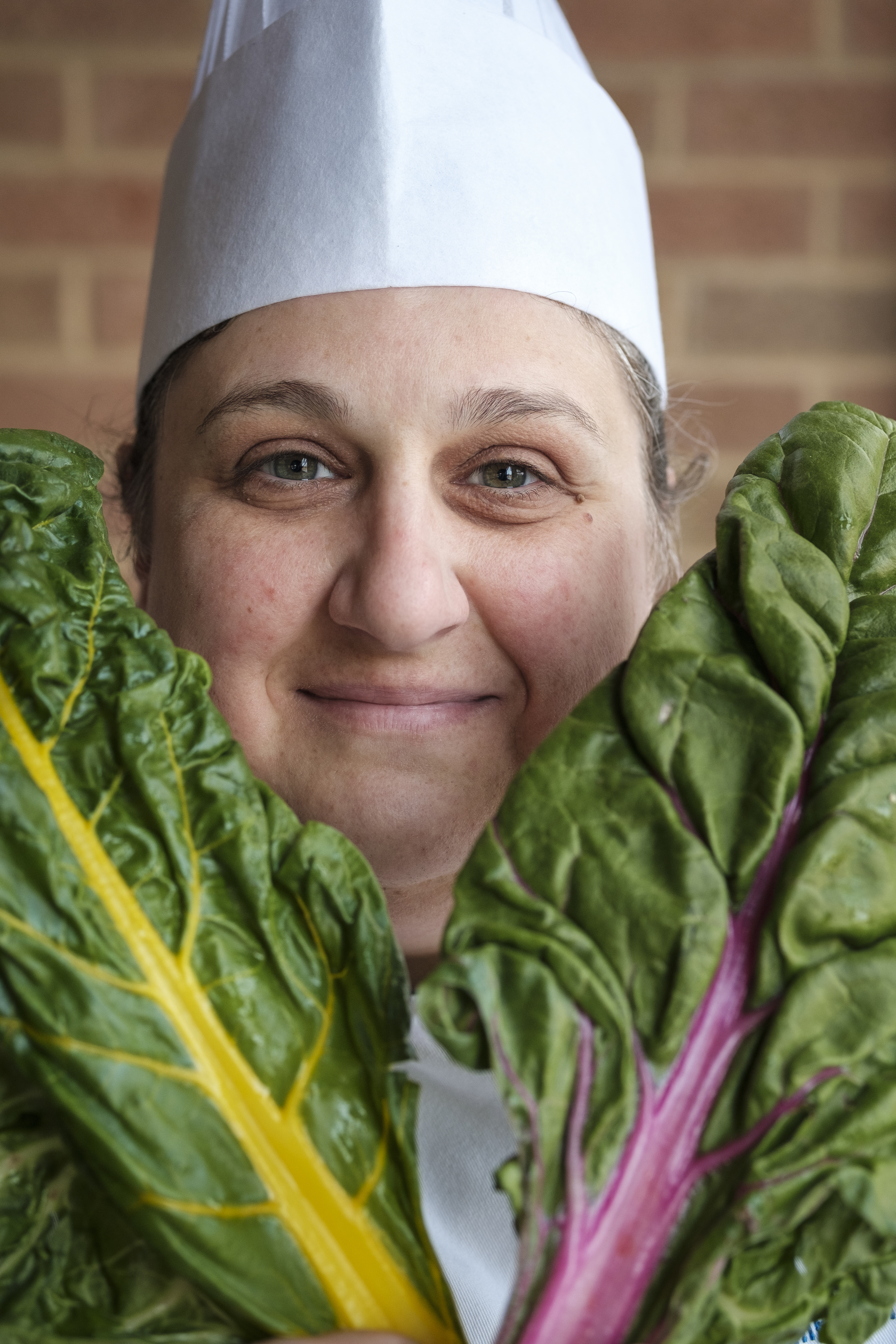