NCC culinary and hospitality students learn from the best 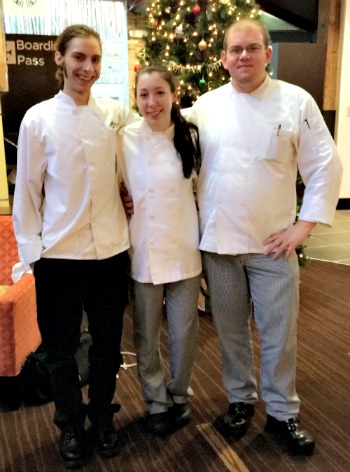 Talk about the chance of a lifetime! Six NCC culinary and hospitality students recently spent an all-expenses-paid week working alongside the chefs and staff at Emeril Lagasse's finest New Orleans restaurants. Culinary students Julia Craig, Cody Dally and Daniel Noonan, and Lori Bloch, Lorynn Foti and David Goldman from the hospitality program, won the opportunity in cooking and hospitality competitions at NCC in May 2016.

Says their chaperone, Associate Professor  Chef Susan Roth, "The thing that stood out to all of us was the hospitality of the Emeril staff. They go above and beyond."

The group enjoyed dinner at Meril, Emeril's newest restaurant, their first night in town, where the staff brought them a sampling of their best culinary offerings.

Working alongside the staff in the kitchens during the week, the students learned to make ice cream to order at Meril, and the famous banana cream pie at Emeril's. "At NOLA, they saw how each person works in harmony because of the small size of the kitchen," Chef Sue reports. "It's an invaluable experience, and the fact that they get to experience a bit of the city is a bonus."

In addition to touring Jackson Square, Bourbon Street, the Garden District and cemeteries, Dally says the group sampled all the best of New Orleans' famous cuisine in their off-duty time: "Cafe du Monde beignets, Central Grocery muffaletta, shrimp po' boys from Gene's, pho from Pho Tau Bay, jambalaya and red beans and rice from Mother's, it was all phenomenal!"

Of their time in the kitchens, Dally says, "They had us doing anything from light prep work to butchery, to actually working with the cooks on their stations during service. And even though I was probably in their way, they still wanted me to immerse with them on the line and learn from them, which I thought was wonderful."

Bloch called her time in New Orleans "an amazing experience! Emeril's entire organization is a class act, and made us feel at home."

Craig concurs. "I couldn't be more grateful for the opportunity. It is a beautiful place, and it was an amazing experience. The chefs made me feel welcome, and I learned a lot while working with them."

"I can't thank NCC enough for giving me this once-in-a-lifetime opportunity to travel to NOLA and work in Emeril's restaurants. Many amazing memories were made that will last a lifetime!" Dally says. 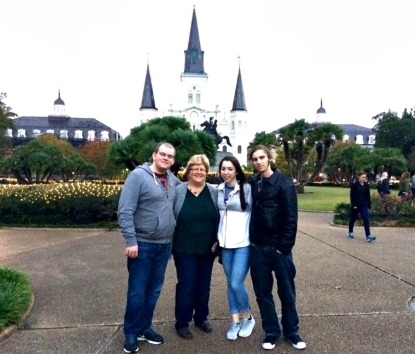