Emoji are so popular that Oxford Dictionary named one Word of the Year in 2015!

Emoji have taken over our visual language in personal communications and social media as a way to express emotion while using fewer words. Whether it’s a text between friends, or a reaction to a major news event for your followers, millions of people have found creative ways to use emoji to express how they feel in the moment.

In the late 1990s a Japanese mobile phone company created a set of digital pictograms as a way to save screen space while displaying information. These included icons regarding the weather, sports, and food. Throughout the early 2000s, other companies copied the idea, and expanded their libraries. The use of emoji gained popularity on mobile and instant messaging platforms. Companies such as Google and Apple saw opportunities to help standardize this new visual language by developing emoji for their platforms.

In 2007, Google worked with the Unicode Consortium, a nonprofit corporation that standardizes text and data in computing, to recognize emoji as a valid form of communication. This would lead to emoji being standardized across multiple platforms, and became available to wider audiences. Emoji popularity exploded when Apple introduced the emoji keyboard on the iPhone in 2011, giving millions of users easy access to use hundreds of new emoji.

New emoji were released annually by the Unicode Consortium over the next decade. Efforts were made to represent diversity, with some emoji updated with different skin tones, same-sex couples and families, people with disabilities, global flags, different sexes amongst jobs, and a wide range of global cultures. 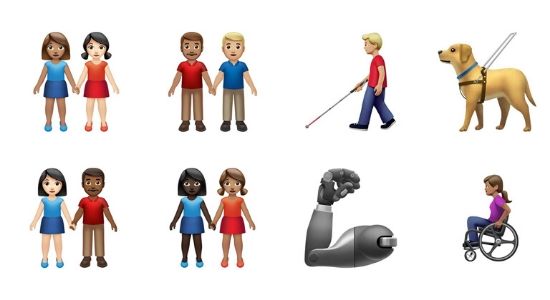 There’s no denying emoji’s impact on pop culture. Media outlets and advertising companies use emoji as a way to build brands and connect with people. In 2015, the Oxford Dictionary crowned the “Face With Tears of Joy” emoji 😂 as word of the year.  Chevrolet put out a press release in emoji to announce the 2016 Chevy Cruz. Philadelphia 76ers power forward Mike Scott has dozens of emoji tattoos on his arms and neck.

Emoji have also become part of the film and television landscape. The Emoji Movie was a major motion picture that grossed over $200 million world-wide. In the scifi series Doctor Who, the title character visits an Earth colony in the far future maintained by robots who communicate through emoji. In the comedy series It’s Always Sunny in Philadelphia, an adult illiterate character is able to communicate through text messages by only using emoji. 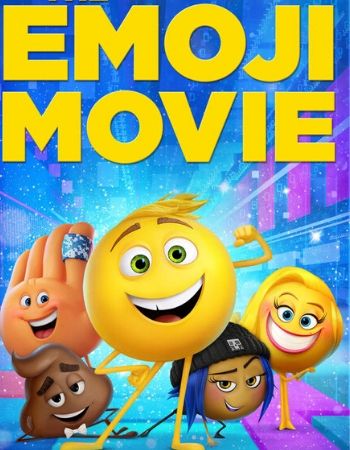 The future of emoji shows no signs of slowing down. Mobile phone users have gotten younger, and have learned to communicate with their friends while using emoji as a standard practice. Over the past few years, several companies have taken the emoji concept to the next level, by offering personalization and customization features.

Bitmoji, owned by Snap Inc, offers the ability for anyone to fully customize their likeness as an emoji, and create multiple expressive graphics featuring themselves. Bitmoji can be used on private messaging and social media. Apple’s Animoji uses the iPhone’s camera to mimic the user’s facial expressions and voice on 3D versions of popular emoji to create animated messages. In 2019, Apple released Memoji, similar to Animoji, where users can create their own likeness as an animated emoji.

With new emoji being added every year, and companies taking the concept of emoji to the next level, it’s safe to say emoji is here to stay. 🤗👍

With the rapid increase of social media and mobile web technology, marketing is more important than ever, giving businesses more ways to reach an audience than ever before. Northampton Community College's marketing program is accredited by the Accreditation Council for Business Schools and Programs (ACBSP).

Students who earn an associate's degree in marketing have a broad understanding of advertising, consumer behavior and the principles of marketing. The degree enables you to qualify for entry level positions in many areas of the field, quite often direct, business and digital marketing. You can find successful careers in sales, customer relations, marketing, market research and more. Advertising agencies, public relations firms and company departments related to brand management and advertising are where marketing professionals can be employed. For more information, visit www.northampton.edu/marketing.htm.