Cryptocurrency: What is it?

Explaining what goes into cryptocurrency 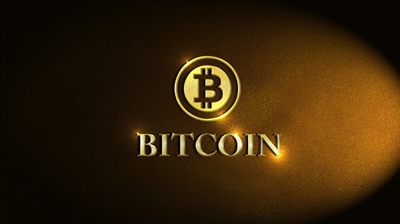 By now, we've all heard the buzz around 'cryptocurrency', but what exactly is it, and how does it work?  Bitcoin is a technology based on a "Blockchain" - a "distributed ledger." This technology, and subsequent improvements to it, allow nearly instantaneous movement of money and incredibly low costs. Think Western Union. In fact, Western Union's main competitor, Money Gram, did adopt a bitcoin-like method of transferring money late last year.

Bitcoin is also viewed as a form of currency in and of itself - much like the Dollar, the Euro, the Yen and so on. Because of this, the value of Bitcoin can vary as compared to traditional "Fiat Currencies" mentioned. Some say that Bitcoin is a superior form of currency since it CANNOT be simply "printed out of thin air" as is the case every day with Dollars, Euros and Yen - and basically every physical form of currency currently in the world. Therefore some view Bitcoin as a kind of "digital gold," which is a safe haven against inflation and excessive money creation by governments the world over.

The comparison to gold is apt in many respects in that gold has had many up and down cycles just in the past 30 years - and while Bitcoin has only existed since 2009, it also has exhibited many of the same market fluctuations that gold exhibits - though on a shorter time scale.

Recent market events on Bitcoin and the cryptocurrency space:

February 26, 2018. Bitcoin and cryptocurrencies in general got a powerful new investor recently - the largest investment bank the United States - when the Goldman Sachs backed startup, Circle, purchased the Poloniex cryptocurrency exchange. This move shows that the smart money is increasingly moving into Bitcoin for the "long haul".
https://www.reuters.com/article/us-crypto-currencies-circle/goldman-backed-startup-circle-buys-major-crypto-exchange-poloniex-idUSKCN1GA1N4

March 9, 2018. Wall Street Analyst, Charlie Lee, says that Bitcoin is now a good time to BUY.  Charlie Lee developed a market indicator, the BMI (not Body Mass Index), which indicates that the "bottom is in" for Bitcoin and is calling for Bitcoin to double and possibly triple for the rest of 2018.    https://www.forbes.com/sites/chuckjones/2018/03/10/the-bitcoin-misery-index-bmi-is-flashing-a-buy-signal/#5e98712b6a22

Learn more about Bitcoin, cryptocurrencies and what it means to you at two new Fab Lab classes later this month.