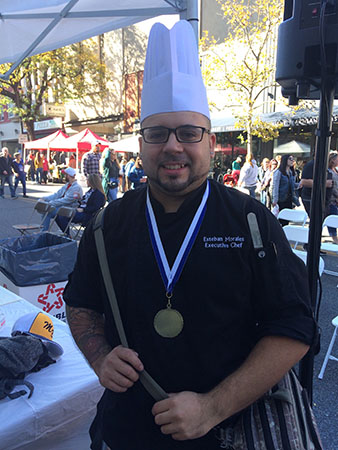 Chef Esteban Morales ’09, of Sodexo/corporate chef at Air Products, defeated Chef Ricky Heinrichs of Pearly Baker’s in a Farm-to-Table chopped competition at the Garlic Festival in Easton on October 6. He incorporated items such as garlic sausage, Fuji apples, gooseberries, a pecan sticky bun, garlic bacon and more to create cohesive dish that was both eye appealing and delicious!  Chef Cristian Gonzales ‘10 the executive chef of The Shelby defeated Chef Abe Lopez of Stoke in an Iron Chef type cook-off. They were given ingredients such as: Colette steak, rambutan, ju ju’s from China, lychee candies and garlic, of course. Eye appeal and taste pushed Chef Cristian over the top. 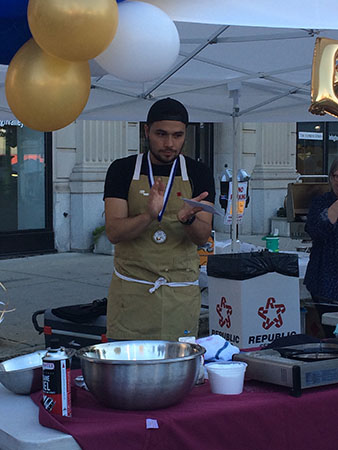 We also had 5 students from the new Culinary class volunteer to assist 8-12 year old future chefs in a kids cook-off! 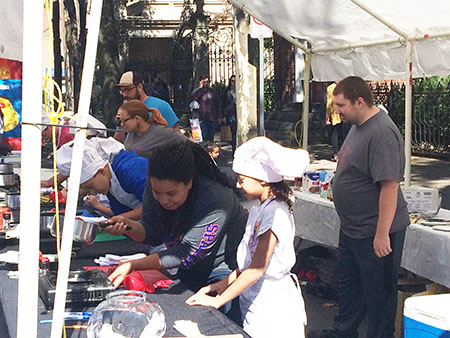 A great time was had by all. The aroma in Easton this past weekend was extreme!