Growing up on Campus 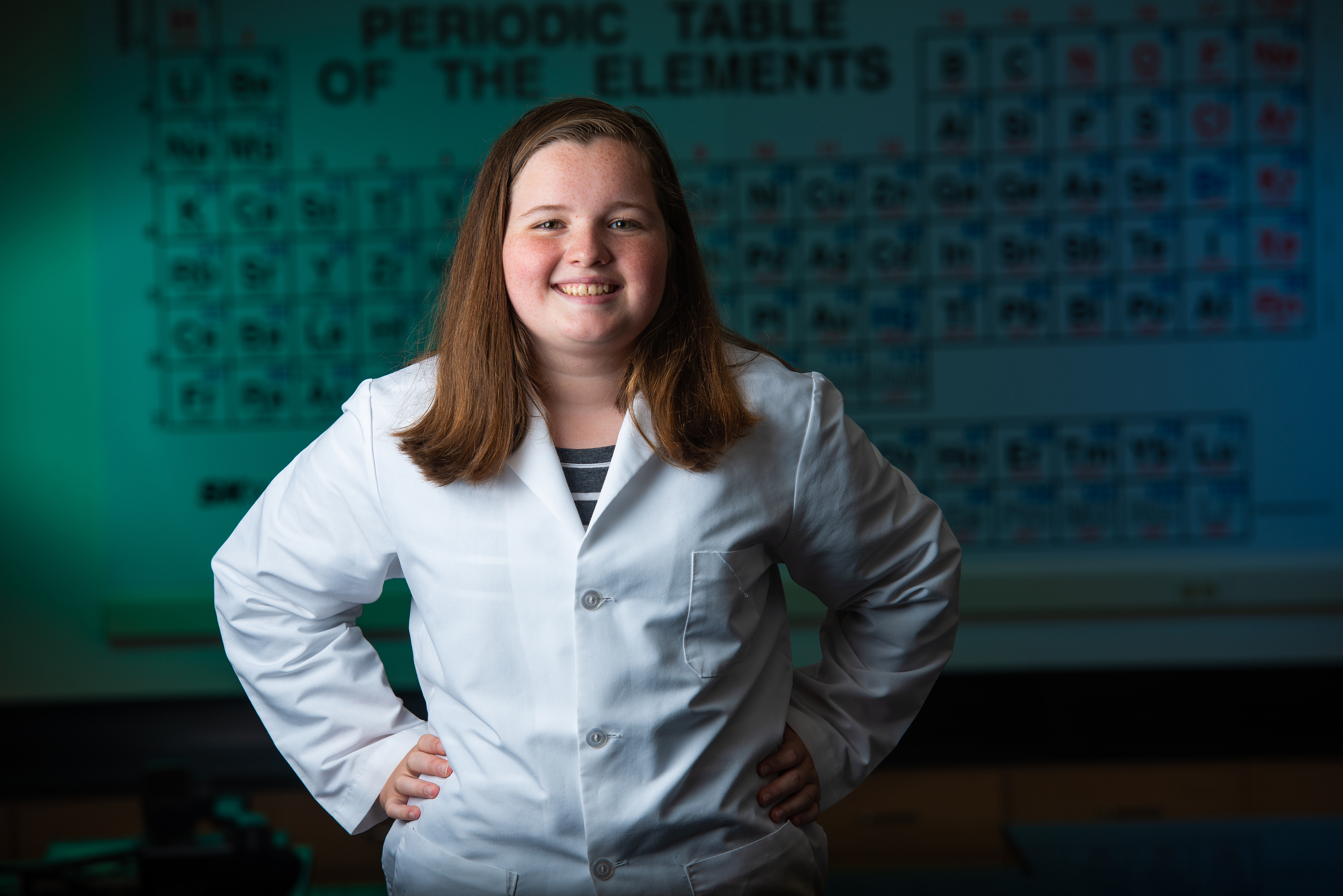 Standing out at college isn’t easy for any aspiring scholar. And with more than 14,000 students teeming around campus, Northampton Community College is no different.

But for NCC student Winter Goodman, that’s not a problem. This 13-year-old Bethlehem Township native is in a class all her own.

Most of her college peers have years on her chronologically. However, the pint-sized, second-year math major towers above them academically. She’s already mastered the entire calculus sequence, discrete math, differential equations, ancient and medieval history, chemistry I and II, and Spanish I and II.

In fact, she has completed all the math classes NCC offers!

Goodman’s story is extraordinary no matter how you look at it. As a dual-enrolled student she started her NCC education with calculus and English 101 when she was just 11. Homeschooled by her mother, Sascha, Goodman began her college career as a part-time student, moving to full-time status this past spring.

Without skipping a beat, she earned a 3.82 GPA and received the 2019 Sandra Preis and George Jain-Cocks Endowed Mathematics Award as the department’s top student. But don’t get the impression Goodman spends all her time with her nose in the books.

The multi-talented girl-wonder plays the viola in the Junior String Players, a chamber group. On campus, she is an active member of the Phi Theta Kappa honor society, the Outdoors Club, and the Science Club, where she served as the group’s official secretary.

None of this is brand new to the academic all-star. In fact, Goodman displayed great potential during early childhood. “She spoke early and liked to engage people from the time she was a baby,” says Sascha. 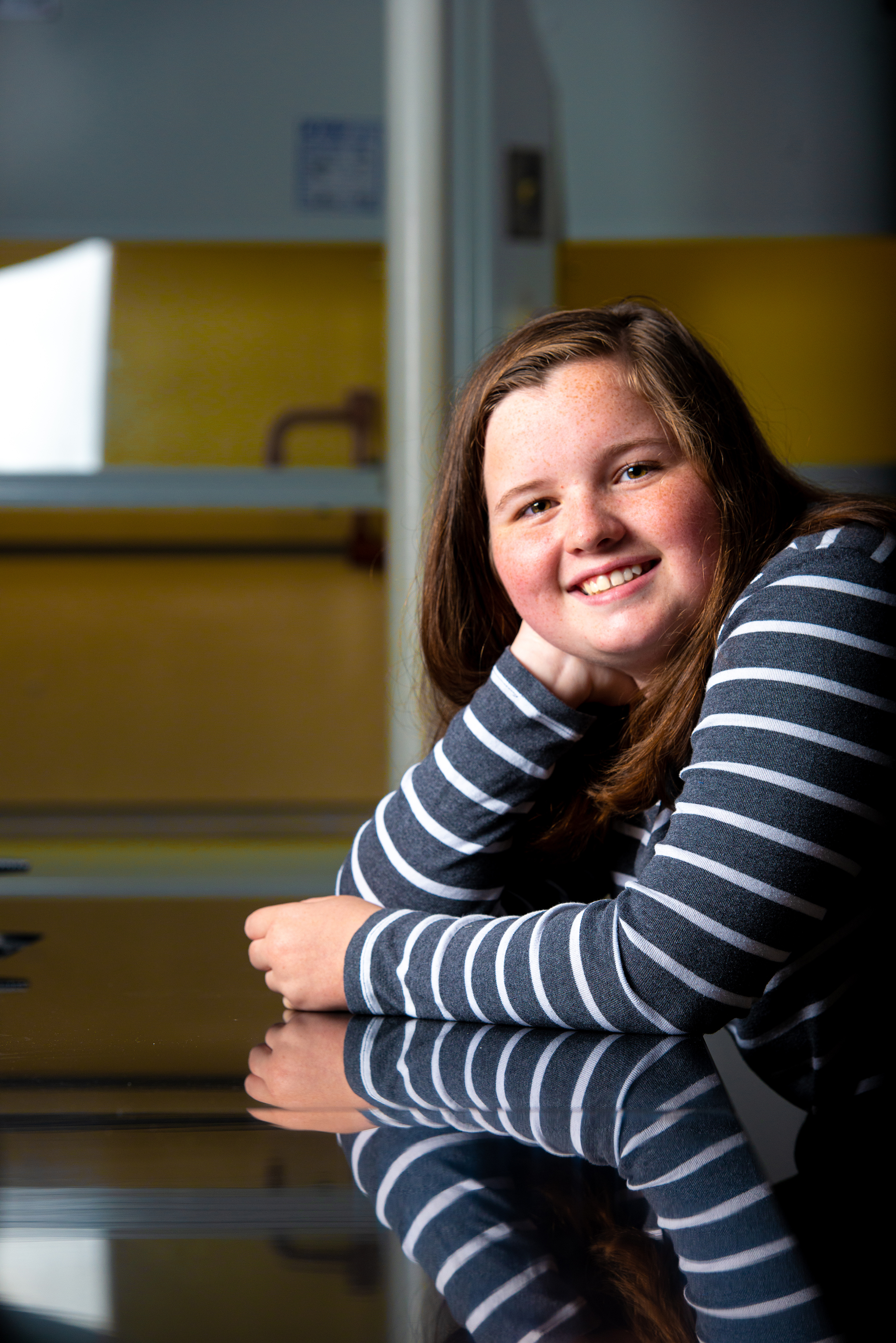 Born in Brooklyn, N.Y., Goodman was already giving prepared sermons at children’s services for her church at age 3. She also showed a flair for music. By the time she was 4½ , she was belting out songs from the Broadway musical Oklahoma! and then quickly picked up the violin.

When Sascha felt she had taught Goodman all the math she could, she reached out to NCC’s Admissions Office and was referred to Associate Professor of Mathematics Jeannie Galick. Galick orally tested Goodman on pre-calculus, determined she was prepared and became Goodman’s first math professor.

Despite her impressiveness, Goodman presents herself as a self-assured, confident young woman who takes her accomplishments in stride. She is friendly, cheerful and unaffected. Like many young teens, Goodman likes to read fantasy. She also enjoys researching her family’s genealogy and playing board games.

“It is fun to see people’s reactions when they find out my age,” Goodman said. “They get so excited. They say ‘Oh, my goodness! You are smart!’”

Sascha credits homeschooling with advancing Goodman’s achievements. “It allowed her to go at her own pace,” she says, “and learn on a one-to-one basis.” Her parents also instilled a work ethic, and Goodman had chores as well as studies.

She met children in grades K-12 through a co-op with other homeschoolers, something that helped her adjust to college life easily. “I had no problems with social preparedness,” she said. “Students and professors were welcoming. Before classes began, we met with each professor, so that they would not be surprised,” Goodman said.

Her greatest challenge had been taking timed tests, something that never entered the picture during homeschooling. In fact, the thought of her first calculus test at NCC somewhat daunted her. Unshakable, the youngster scored 95%!

Goodman comes from an accomplished family. Sascha has a degree in political science, jokingly referred to by her daughter as a “soft science.” Her father, Cliff, a human resources executive, is proud and supportive. Her younger sister, also homeschooled, is on track for NCC.

Associate Professor of Mathematics Alex Rolón says of Goodman, “She is one of those students who takes her education very seriously. She is inquisitive, sharp and very mature. She always sat in the front of the class, completed all her homework and performed well in everything, be it test, quizzes, or projects.”

Sascha says that NCC is a great school, and she recommends it to her friends for their children. “Math does seem to click with Winter, but it isn’t without effort and it isn’t all on her own,” Sascha says. “She had excellent professors, and she spent hours at the Learning Center with tutors and study groups.”

Now, Goodman looks forward to the future. This semester, she is taking biology, physics for science and engineering, and computer science. She plans to continue her education through a graduate degree, with the goal of merging math with another scientific discipline.

“My favorite thing about math is when I’ve been busting my brain on a problem for hours or days, and finally all the pieces come together,” Goodman said. “After that point, the ride to the end of the problem is exhilarating.” 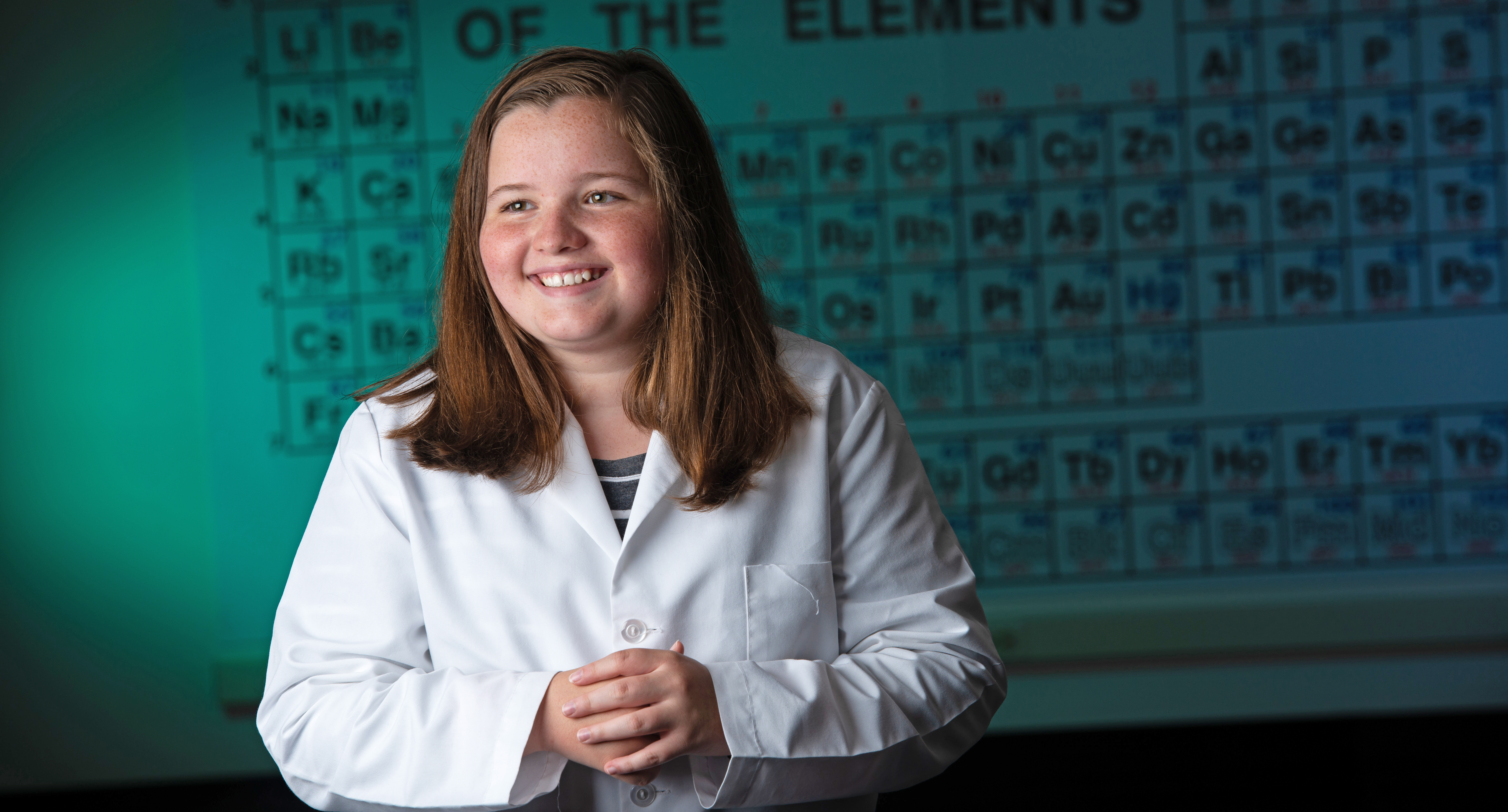