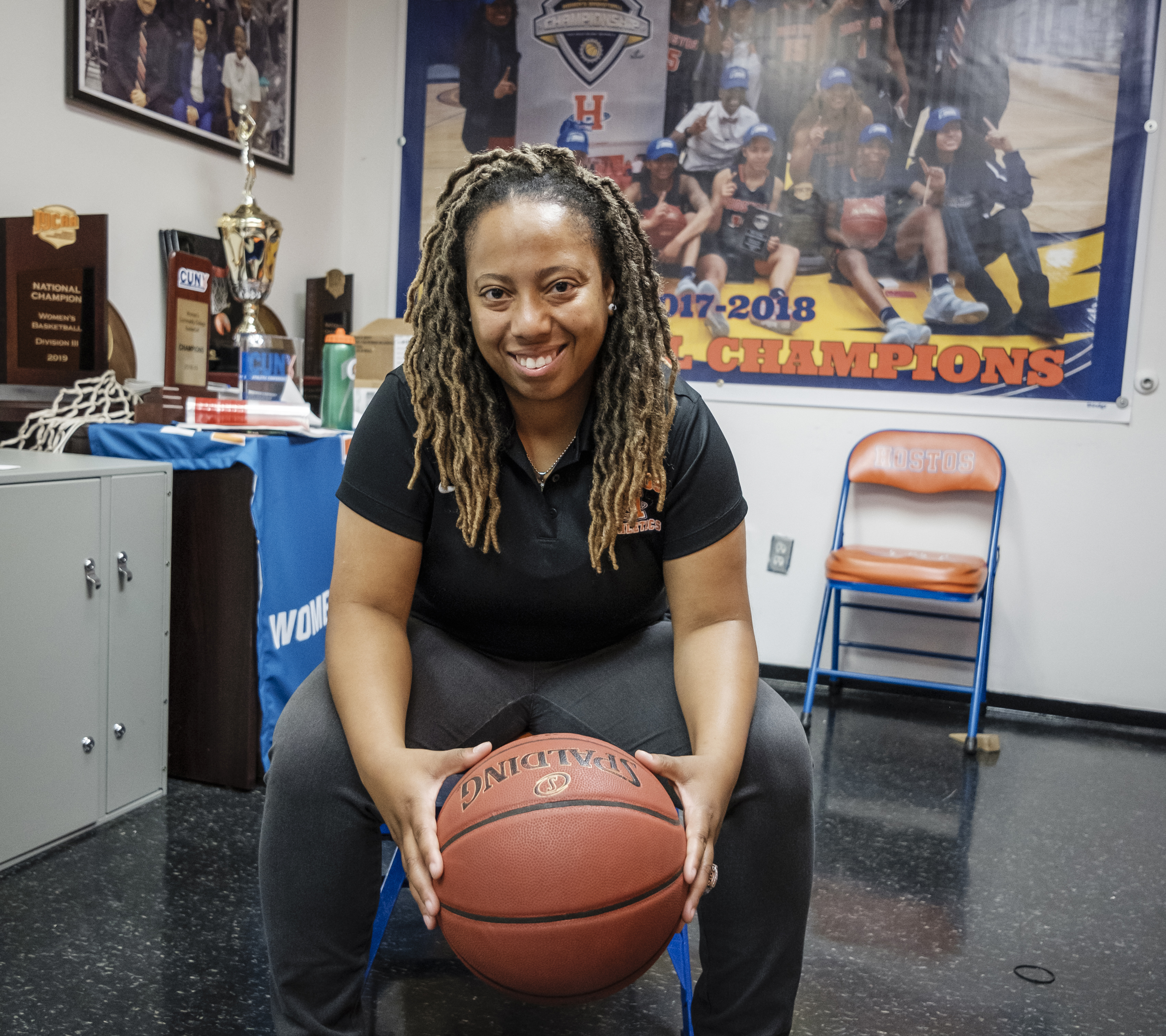 It was February 2006. Dominique Winstead sat on the bench in NCC’s Spartan Center after a heartbreaking playoff loss had sent her women’s basketball team packing.

That’s when the realization began to wash over her — she had just played her last college basketball game.

“It was surreal, it was something I’ll never forget,” she said, describing what the win meant to her. “I’ll always cherish that moment.”

Now in her fifth season at Hostos, Winstead ‘06 has been part of a remarkable turnaround. The Caimans went 12-15 in her first season, but quickly reversed course, going 31-4 the next, ultimately finishing fifth in the national tournament. “That turnaround came really quick, and it was kind of crazy,” Winstead said.

“We were able to get a good recruiting class that year, and everything just worked.” Since Winstead joined Hostos in the summer of 2015, the team boasts an impressive 100-25 record and is the first since 2013 to win back-to-back Division III National Championships.

In addition to being part of a team that has coached the Caimans to success, Winstead has many other responsibilities at Hostos: making sure players register for classes, helping them identify transfer schools, and handling athletic department duties that range from game supervision to equipment management.

She is also responsible for maintaining knowledge of NJCAA rules and regulations related to academic support and eligibility.

The former Spartan is looking to develop her leadership skills even further. After transferring from NCC, Winstead received her bachelor’s in kinesiology from Temple University and master’s in recreation education and parks administration from Lehman College. In 2017, she graduated from the NCAA/Women Leaders in College Sports Institute for Administrative Advancement, a leadership program for women in intercollegiate athletics administration.

“The program was for women who are one day looking to have an athletic director’s role. It was a phenomenal experience,” shares Winstead.

Her leadership skills first took shape in middle school and high school on the basketball court, and her skills impressed coaches from NCC enough to ask her to come and visit the campus. “It felt like home, it felt like family,” she said.

A combo guard during her two winning seasons at NCC, Winstead leans on her playing experience and the lessons she learned at Northampton when coaching Hostos players. “Our head coach is pretty demanding, and he’ll get after the players, so I tend to be a player’s coach,” she said.

“I’ll tell them what they did wrong, what they can do to correct it, and try to get their head back in the game.” 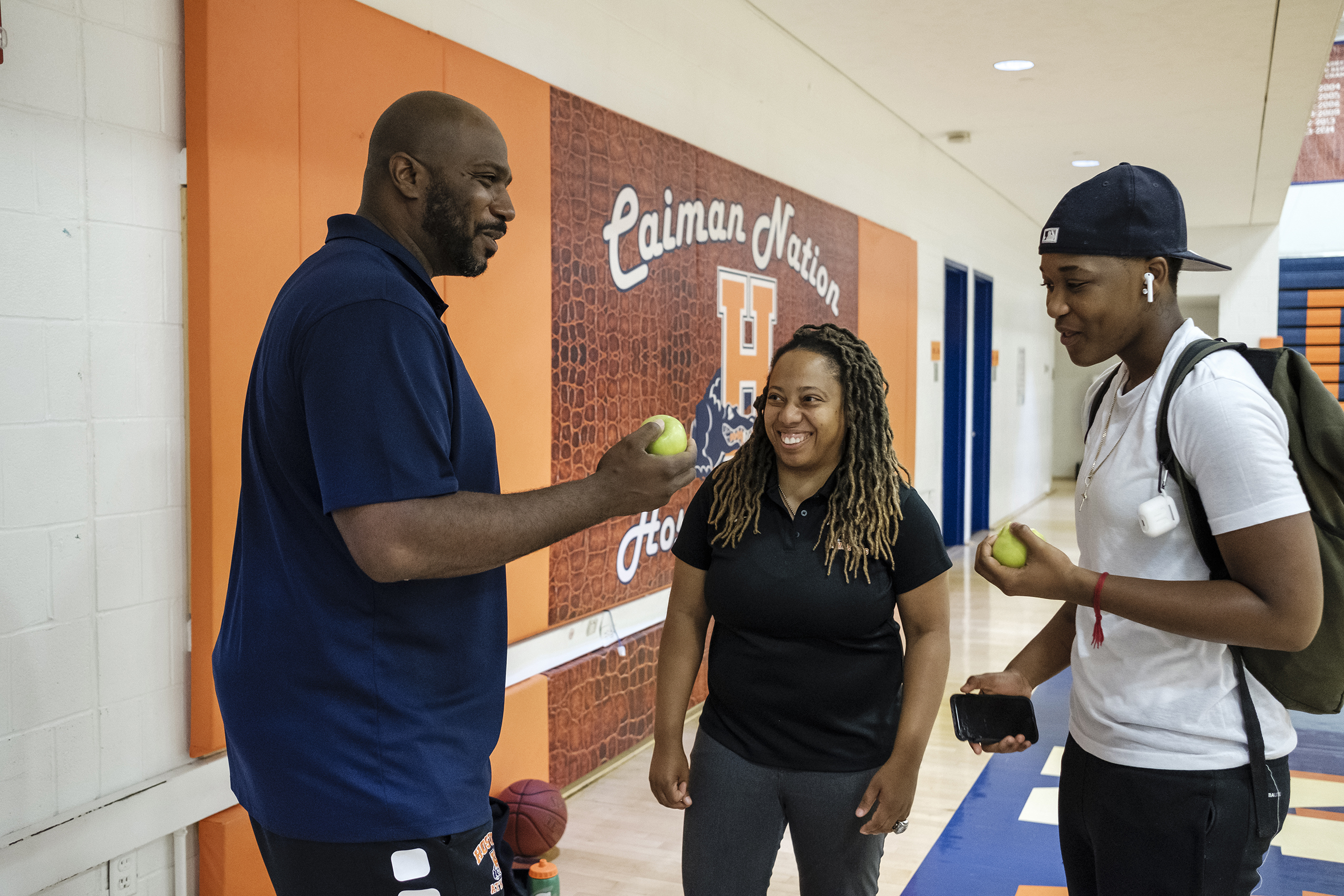 When her team earned the opportunity to come to Northampton for the NJCAA Division III Tournament in 2019, those memories from her playing days came flooding back. “When I went back for the championship, I saw many familiar faces, and for them to remember me was really special.”

One of those faces was Sheri Bollinger, NCC’s director of fitness, recreation, and physical education. “I was not surprised to learn how she has matured to become a successful sport management professional and coach,” said Bollinger.

“As we were reminiscing, I found it interesting that she was on the NCC women’s basketball team the first year the Spartan Center was opened. And now here she was, back on the floor again as a coach, hoping to win a national championship with her team.”

Winstead’s players also responded in-kind: “When we got the bid to go, I told my players this is where I went to school, this is where I got my start at, and to go back means everything to me. I think they took that to heart. They got the job done for me.” 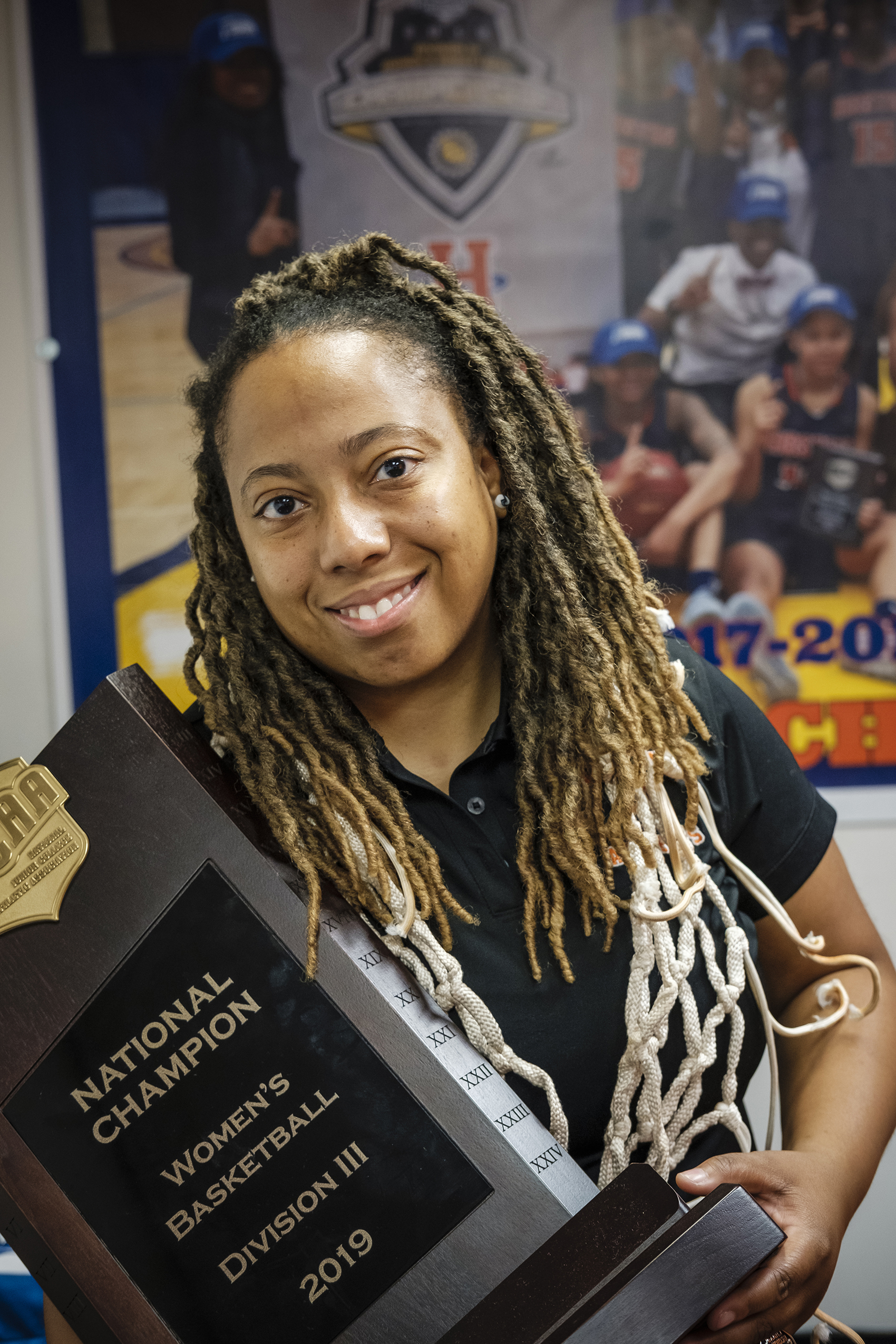