How Does NCC's Tribute Garden Grow?

How Does NCC's Tribute Garden Grow?

On September 10, members of the Board of Trustees; the NCC Foundation Board; the Alumni Board; and Tribute Garden namesake Susan K. Kubik,

former NCC vice president for institutional advancement; and her husband, Dr. Art Scott, former NCC president; faculty; staff; and students gathered to celebrate the College's Tribute Garden. The event, illustrated by a slide show, took place in College Center, instead of the Tribute Garden, because of heavy rain.

The Susan K. Kubik Tribute Garden, begun in 2008, continues to thrive and grow.  It provides a place for quiet reflection, camaraderie, special events, and an appreciation of beauty. Encompassing two acres bordered by Penn Hall on the north, by a slope on the east, by the college's south entrance on the south, and by Commonwealth Hall on the west, this peaceful place includes a plaza, a tribute garden and memorial wall, engraved pavers, a butterfly garden, a, medicinal garden, a daffodil garden, trees, a sculpture, and benches.

With each year, new gifts increase the garden's beauty and significance while offering opportunities for the recognition and memorialization of faculty, staff, alumni, friends and supporters of NCC.

There is also a veteran's plaza, with pillars for each branch of the military.  The most recent of these were donated by the Band of Brothers in memory of Justin Shellhammer '12, (Air Force) and in honor of James Knicos (Army).

Over the years, the garden has flourished.  Within the last few months, it has been enhanced through the addition of the military pillars and a flagpole, along with the new Commonwealth Way, the latest walkway constructed there.

Speakers at this year's ceremony expressed their appreciation of the garden.

In welcoming remarks, Dr. Mark Erickson, NCC president, said "Today marks a very special time in the life of the garden, because today, the five initial phases of the garden have been realized."  He added that the Tribute Garden will continue to develop as new ideas come forward.

"I just love the Tribute Garden," said Erickson.  "It is one of the things that make Northampton Community College unique.  When I go there, I am most pleased to see it teeming with students.  The garden reminds me of the most powerful part of NCC-its people."

Diana Holva, financial aid/veteran's affairs assistant, said that generosity is contagious and thanked the NCC community for supporting the Band of

Brothers, a club for veterans and current member of the military, through bake sales, "Quarters in the Quad," basket bingos, and other fundraisers.

Following the ceremony in College Center, the Band of Brothers led others outside to raise the flag in Veterans Plaza and to sing the National Anthem.

Donors to the garden this year include:

•The NCC Business and Technology Department

•National Endowment for the Humanities 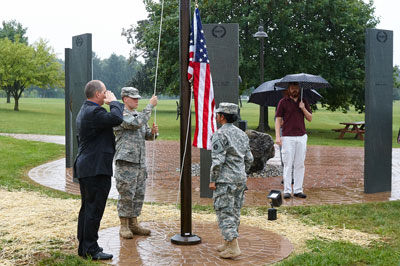 For more information or to be part of the garden's growth, contact Eden Pugliese at 610-332-6597 or e-mail her at epugliese@northampton.edu. 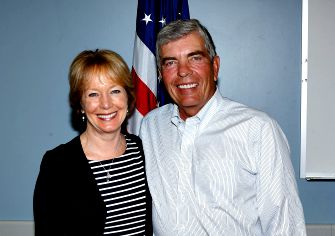