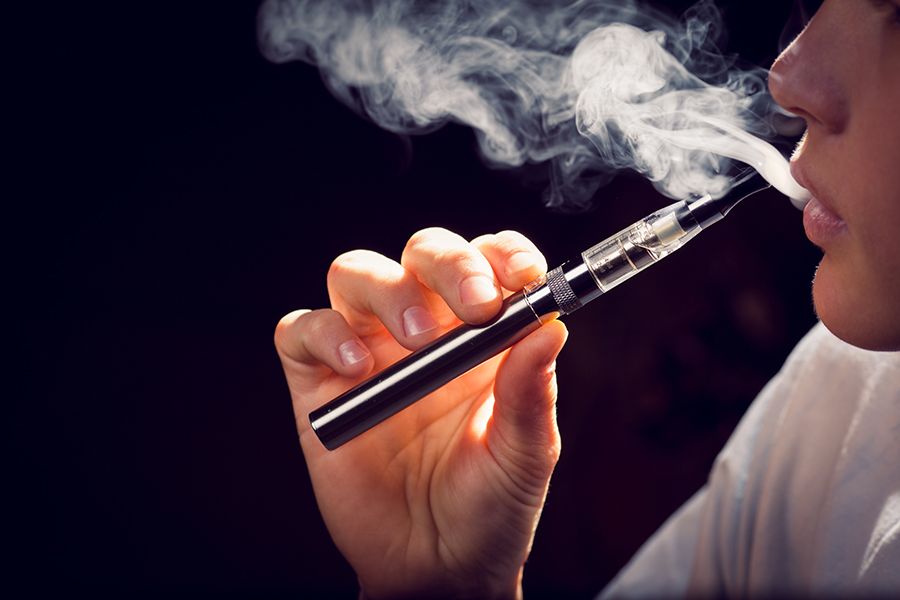 Through extensive tobacco-free education campaigns, fewer young people smoke cigarettes today than they did several years ago.  However, a related health epidemic has filled the vacuum: vaping.

Lisa Wolff, senior manager, special projects at the Center for Humanistic Change, gave an interactive talk about the epidemic at Northampton Community College (NCC) on November 14.

Since the brain continues to develop until around age 25, the young are the most seriously affected.  Additionally, young people are far likelier to start vaping than older ones.

Vaping companies know this and intentionally target their product and marketing to teenagers. They use clever strategies to appeal to the young, among them delicious-sounding flavors, small devices that can be easily hidden, and advertising that makes vaping look sophisticated.

How does vaping affect the young brain?  Comparing the adolescent brain to a network of intersecting highways, Wolff said that substances found in vaping oils is like a boulder dropped onto these pathways, causing permanent changes to cognitive function.

Because vaping is so new, she says, it is impossible to know how many users will become truly addicted to the point of suffering withdrawal if discontinued.

In addition to the disrupting brain function, vaping also impairs circulation and lung capacity.  Although many people think that vaping fluids do not contain nicotine, all of them do, said Wolff.  In fact, one Juul contains more than twice the amount of nicotine as a pack of cigarettes.  Not to mention all the other chemicals that go into it: 300 to 400 of them, including arsenic, lead, and lithium.

“People think they are taking in steaming water, but they are ingesting a toxic brew,” Wolff said.

As of November 8, two thousand people have received treatment and forty have died in the United States from vaping damage.

“There is very little regulation of vaping,” Wolff said.  Introduced to the Federal Drug Administration (FDA) and the public as a safe means to stop smoking, vaping fluid is anything but.  Most people who stop vaping return to cigarettes.  She mentioned that some regulations are in effect, such as no-smoking areas and forbidding vaping oil to be carried in the luggage compartment of airplanes.