NCC collaborates with overseas students to work on prototype 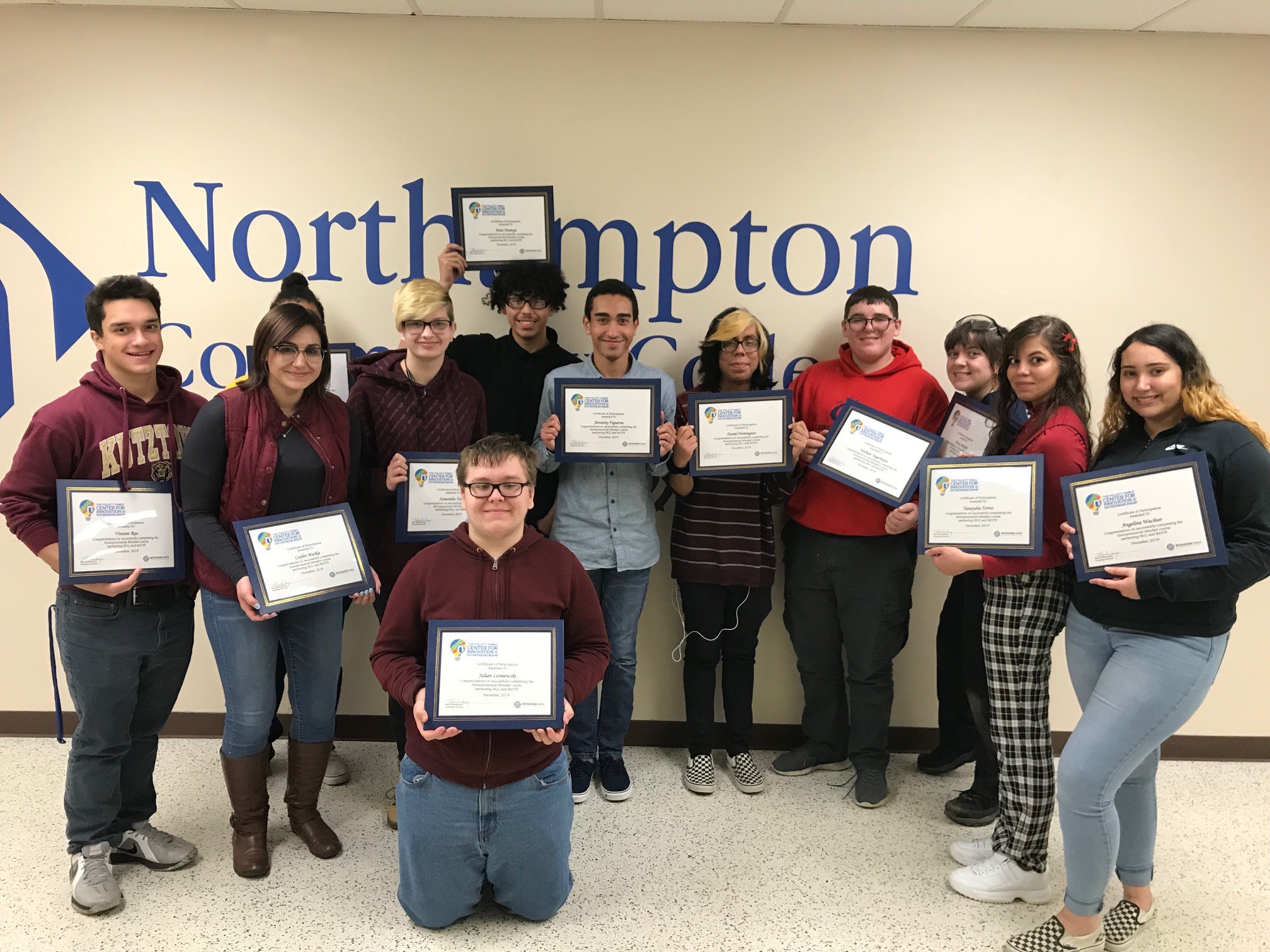 Northampton Community College (NCC) students set out on a journey to come up with an invention that would solve an issue facing society today, an ambitious endeavor. On September 15, they began creating a prototype to solve a food-related local problem for a Global Solutions Sustainability Challenge through IREX.

There were five other colleges in America that partnered with universities in Jordan or Iraq to compete in the Global Solutions Sustainability Challenge. Each college had two teams competing. NCC’s teams both partnered with Iraqi students on their challenge.

Sara Mohammadlou, a professor of architectural technology at NCC, managed one of the NCC teams. Mohammadlou was interested in working with cross-cultural studies, and this project was a perfect way to do so. Raja Bhattacharya, director of NCC’s Center for Innovation & Entrepreneurship, led the other NCC team. The most interesting part was that the two teams were also competing against each other for the win.

“It’s about entrepreneurship, having a cultural experience with students from other countries and colleges and global exchange,” said Mohammadlou.

The challenge theme was the food industry, and the teams were tasked with identifying a food-related local problem, finding a sustainable solution for it, and designing a prototype. For the first two weeks of the challenge, the bi-national teams did research on the food industry and talked to local business owners in order to narrow down the issues and decide on a problem they all agreed needed attention.

Mohammadlou’s team of eight at NCC, including a dual enrolled student, and the 11 students in Iraq, decided to work on food waste management. Their design for the prototype was simple. Food waste will go into a plastic barrel connected to a small solar panel to generate enough energy and heat for waste to turn into compost and consequently methane gas. The gas will be collected into a separate container, which will be hooked to the kitchen stove to be used for cooking. The remaining compost will be used as fertilizer for either the kitchen garden, if the restaurant has one, or sold to local farmers generating more revenue for the business, while reducing the environmental impact food waste could have. This design will help restaurant businesses reduce waste, keeping our planet in mind, increase resources, and save on utility bills.

Bhattacharya’s partner team in Iraq consisted of students Mohammed Rajab, Habeeb Mohammed, Sabaa Mekhlef, Nabaa Abd, Bassam Wazir, and their mentor, Dr. Atheer Al-Anbaki, all of whom were from Anbar University as well.

The problem Raja’s team identified was food waste from high school lunch programs. The students responded by conducting a survey that went out to nearly 900 students and administrators to get their feedback on how they could get more out of their lunch programs, thus informing the schools on what and how much to serve. Survey results showed that the students wanted longer lunch times, and so, the time was increased by fifteen minutes so that students had more time to finish their food. The students then created a mobile app that provided daily details on the lunch being served including nutritional information, which would get more students interested in eating what’s being served. Lastly, they removed vending machines from the schools to get students to eat lunch instead of filling up on snacks and unhealthy foods beforehand. The prototype was the development of the app and new school procedures.

The two sets of teams had to submit a business concept plan describing the benefits and services they would be offering to their potential customers and lay out their marketing plans. They put together a pitch video to promote the prototype in early December, where five teams were chosen to continue on to the final judging at a live virtual expo later in the month. The two NCC teams did not make it into the top 5 teams to compete at the expo. However, they had a wonderful experience with this project.

“Before getting involved with the challenge, I was limited in my knowledge of different cultures. Not only did participating in this challenge open up my eyes to some of the different conditions around the world, it allowed me to create strong intercultural relationships with my international team members,” said student, Cailean O'Brien.

To learn more about IREX and Global Solutions, visit their website.