Largest Fundraising Effort in the History of NCC Celebrated!

Financial supporters of Northampton Community College (NCC), including many faculty, staff and students, gathered online on the evening of Sept. 24 to celebrate the success of the "Transforming Lives" campaign, the largest, most ambitious fundraising effort in the history of the college. 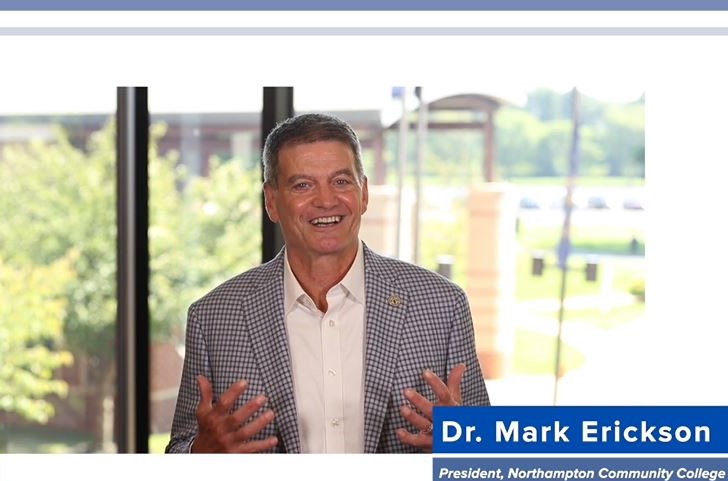 "Of course, we had originally planned to host this celebration live and in person, but the pandemic led to a change in plans so we can all stay safe," Dr. Mark Erickson, NCC president, shared in the event video. "However, that doesn't change our gratitude for your support or the excitement for what has been accomplished."

In 2017, the campaign was launched at a celebration of the 50th anniversary of the college, with the goal to raise $17 million to ensure that all those who seek an NCC education would have access through scholarship support. Since then, campaign volunteers and the NCC foundation board as well as faculty and staff members worked tirelessly to not only achieve, but surpass the campaign fundraising goal.

During the celebration, Dr. Erickson announced impressive statistics for the Transforming Lives campaign, including:

Next he revealed that the campaign had raised, "More than $20 million, 17% over the goal! What a great accomplishment!"

The campaign's tremendous success wouldn't have been possible without the dedicated individuals who served on the Bethlehem and Monroe Campaign Committees, some of who spoke at the event.

Denise said, "Bill and I have been involved with NCC for many years, because we believe in what this college does and have seen first-hand in our region the difference an NCC education can make for individuals and families.”

"When we were asked to be honorary chairs of Transforming Lives, we did not hesitate. NCC's mission of providing an affordable education in addition to workforce training is critical to the growth and welfare of our community and our region," Bill added.

Monroe Committee Honorary Chairs, Chuck and Joan Hannig, were early advocates for expanding NCC's reach in Monroe County and were instrumental in the opening of the new Monroe Campus in 2014. 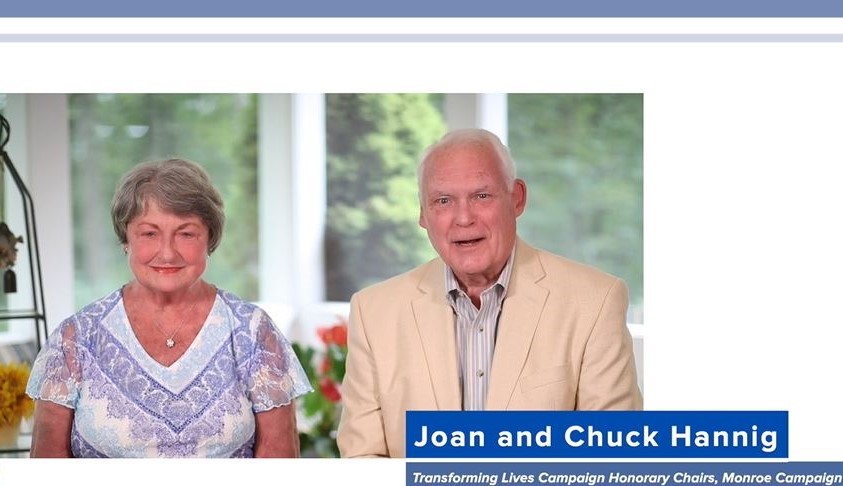 "We've been with NCC every step of the way," Chuck shared.

Joan added, "And now we've arrived at another milestone in the history of the college."

When Joan was recently in the hospital, she reconnected with a nurse who had been supported with an NCC scholarship. The success of the Transforming Lives campaign will give many more chances for these types of encounters, she said.

Scholarships were one major focus of this campaign. Another was the creation of the Follett Family Center for Innovation & Entrepreneurship at NCC's Fowler Family Southside Center. The center has fast become a valued and respected resource in the community, bringing together business owners, entrepreneurs, and students.

"When the Transforming Lives campaign was getting launched, our family knew right away they wanted to be a part of it, especially establishing the center,” said Steve Follett, former CEO of the Follett Corporation and a working chair for the campaign along with his wife Jeanne. “The opportunity for NCC students to focus on and develop an entrepreneurship mindset really resonated with Jeannie and me, as well as my parents, Don and Mibs." 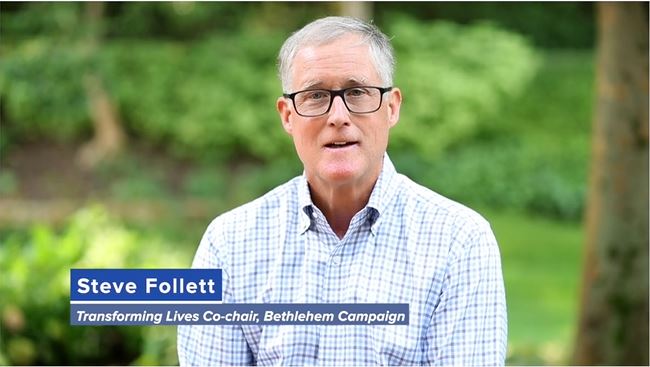 Students and graduates who received scholarships were also part of the event, thanking donors for their generosity.

Nancy Carmona, a recent Lafayette College grad, didn't have many opportunities when her dad lost his job, yet, "Northampton helped us get through that. A school like Lafayette wasn't even on my radar before NCC." 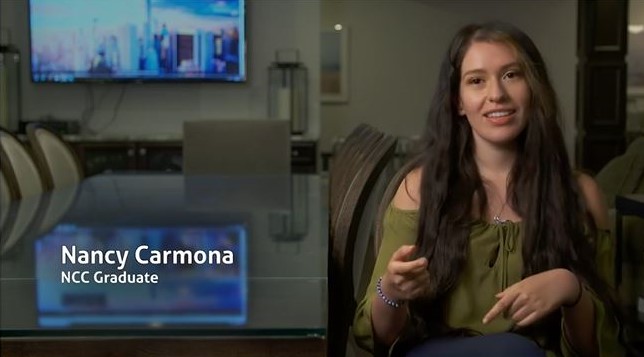 Joan Diaz shared that the goal of all scholarship students is "to be able to give back one day ourselves," while Allana Karo didn't think she was going to go to college and had no clear path until Northampton helped her focus on her goals.

Current Thomas Jefferson University architecture major Amadou Camara said he wouldn't be at the prestigious school if not for NCC. "NCC put me on a path to be successful and gave me all the tools I needed." 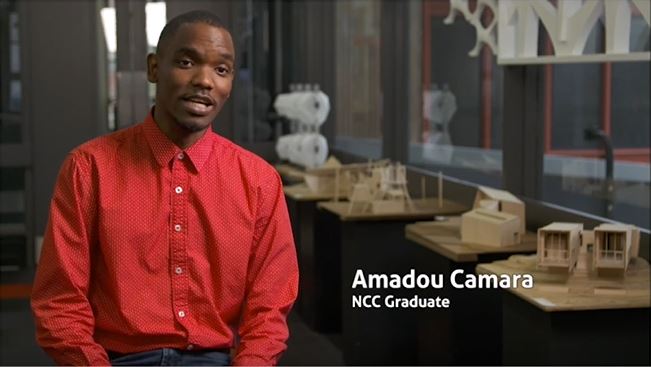 Himil Desai also credits NCC. "I've gained so much and without donors help, I don't think it would have been possible. Thank you from the bottom of my heart." 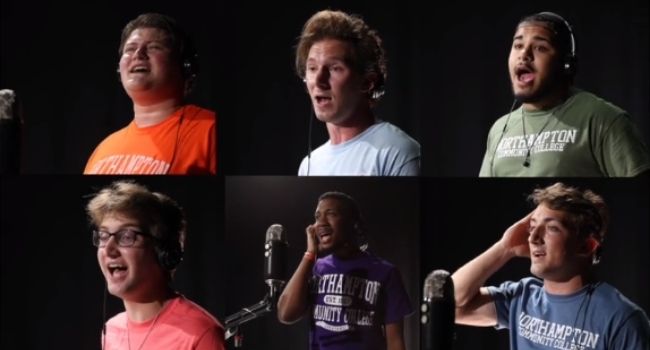 The evening ended on an inspirational note with NCC graduate Peaches Gordon's special rendition of "I Know Where I've Been." 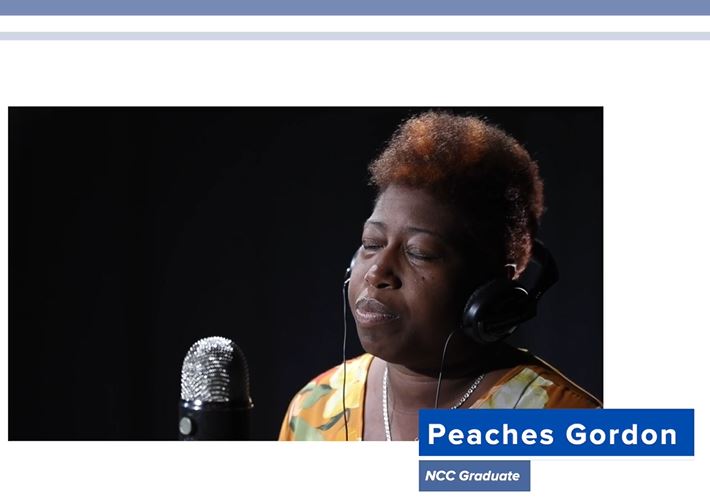 If you are inspired by NCC's mission and would like to donate, you can do so here. The college is holding its second Giving Day on October 1. To learn more and help spread the word, visit northampton.edu/givingday.

Thanks again to all NCC friends and supporters. The college would not have reached this milestone without your help. A special thank you to the Transforming Lives Campaign Committee Members: