NCC Baseball Player is Region XIX Player of the Year

Tommy Dunleavy is the first baseball player to earn the honor 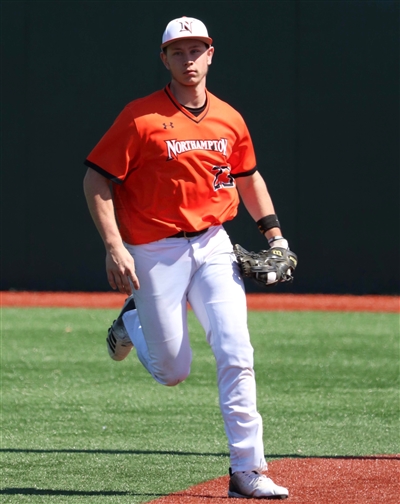 Dunleavy helped lead the Spartans to a record of 37-10 and the #2 ranking in the country. He finished his final season with the team with a .412 batting average, 68 hits, 21 doubles, 5 triples, 14 homeruns and 56 RBI. Dunleavy's career totals placed him second in homeruns with 22 overall and third in RBI with 115 total.

A graduate of East Stroudsburg North High School, Dunleavy finishes his Northampton career second all-time in homeruns with 22 and third in RBI with 115.