A trip to Belize 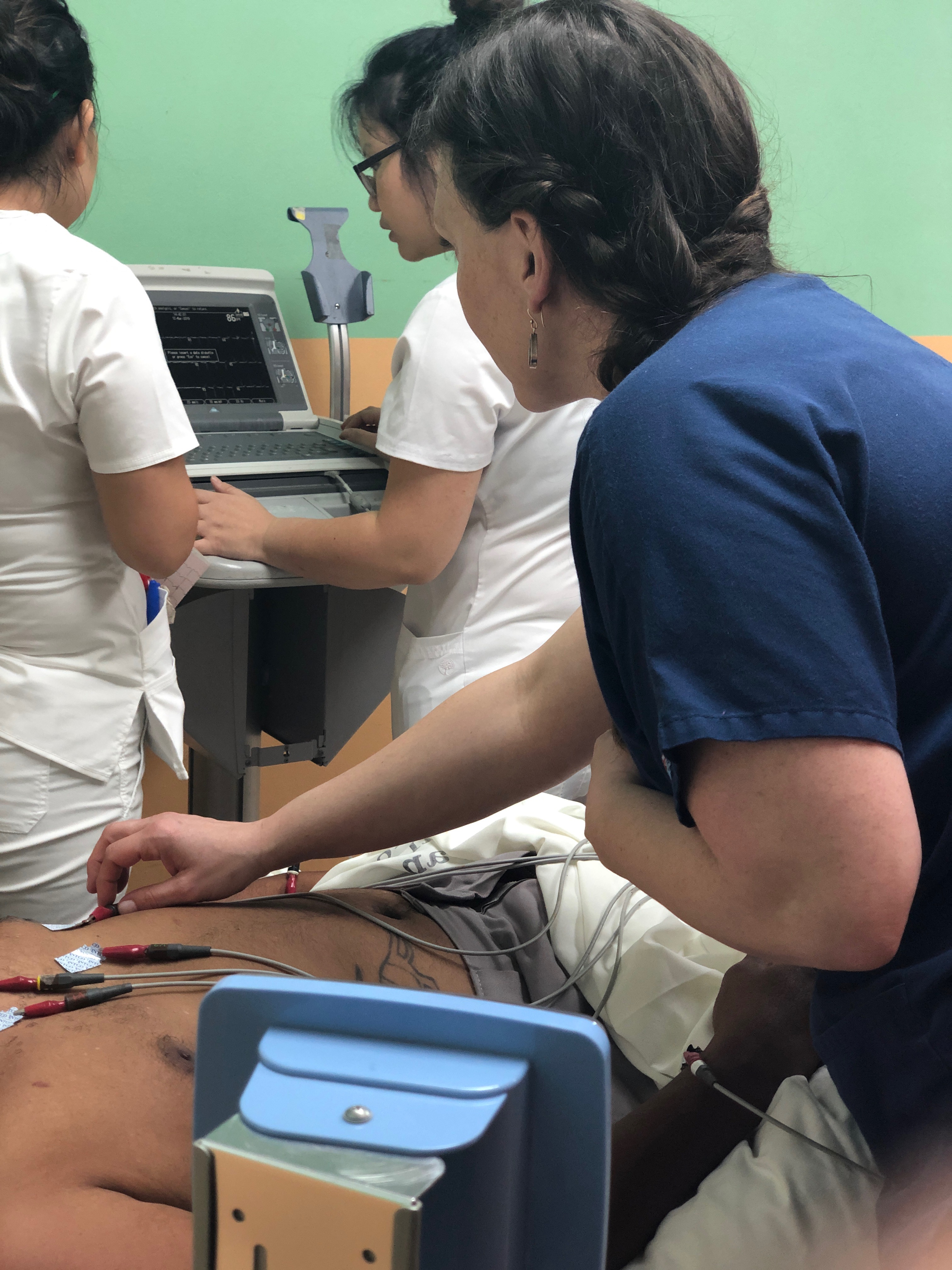 The man came to the emergency room bleeding from the face, having accidentally cut his cheek with a grinding tool.  As Northampton Community College (NCC) nursing student Robin Hampton assisted in suturing his wound, she felt impressed by his bravery.  “You have a lot of courage,” she told him.  “I learned courage from my seven-year-old daughter.  She underwent chemo for leukemia,” he replied.

Shana DiSimone helped treat a mentally challenged young man who had fallen on the sidewalk during a seizure.  After receiving medication, he was urged to stay for observation, but he left.  The nurses gave him medication to take with him.

Hampton and DiSimone were one of twelve NCC nursing students who provided hands-on care for patients at Western Regional Hospital in Belize, a country off the eastern coast of Central America.  Marie Everhart, nursing professor, and Nathan Carpenter, director of global education and international services, accompanied the students on their healthcare educational trip, from March 9-16.  Everhart gave a lecture to hospital staff on “Understanding the Difference between the Emergency Room and Disaster Triage.”

“The purpose of the trip was immersion, to learn, and to value and embrace differences and grow as a professional provider of care, a holistic approach in a cultural context.  Research shows that culturally competent care improves patients’ outcomes and has a positive effect on students’ professional growth,” Everhart says.

The students assisted with wound care, administered medications, did observations in the operating and labor-and delivery rooms, and helped with childbirth and post-natal care.

In the process, they formed strong bonds with patients and staff.  “The Belizean staff were welcoming,” Hampton says, “and the patients were appreciative.”  “We had a sense of camaraderie with the Belizean nurses,” Kaylee Hunter says.  “Even though we were from different cultures, they accepted us as their peers, working with the same purpose: the betterment of our patients’ lives.”

Mostly the students admired the hospital staff for their resourcefulness with outmoded equipment and limited supplies; the hospital is old, and without air conditioning.  Patients are treated in wards, with eight to ten beds in each.  “The nurses do a tremendous job with what is available,” Hunter says.  “The speed and efficiency with which they treat trauma patients was incredible.” 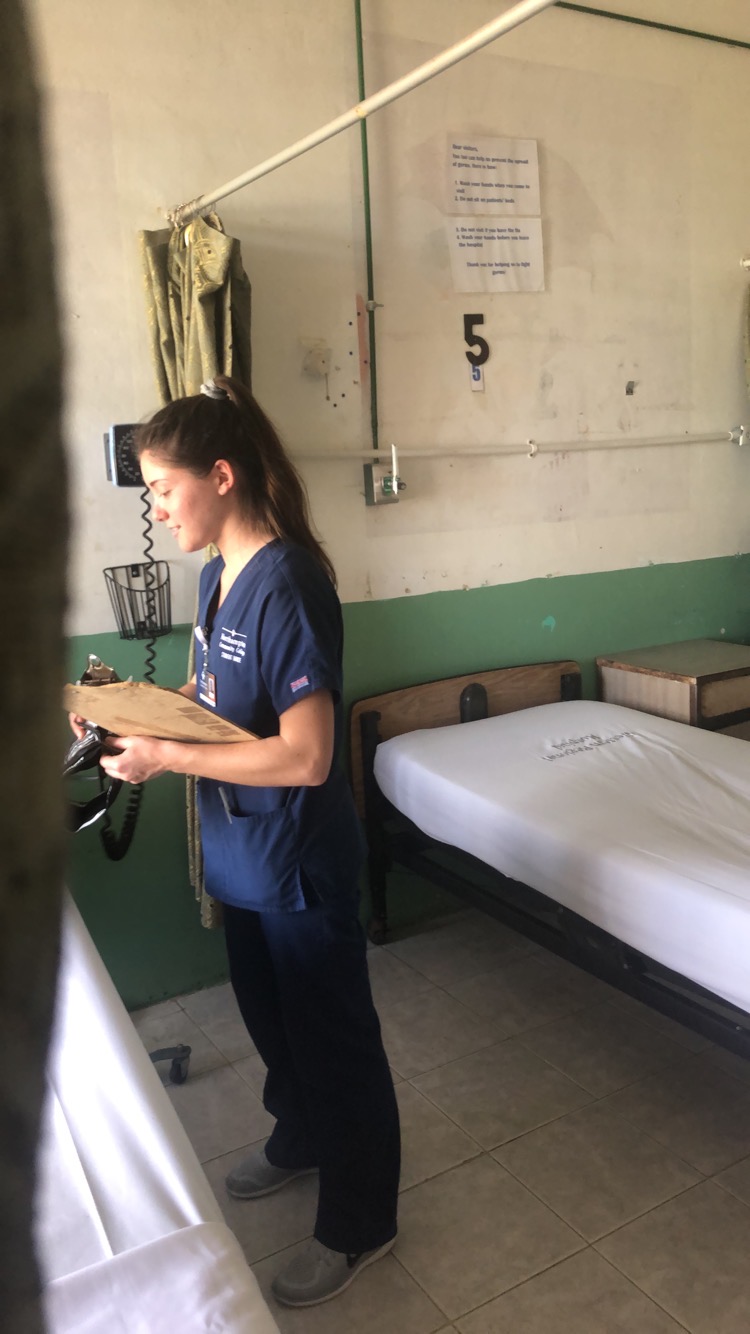 Nevertheless, Hunter felt helpless when a patient asked for a drink of water and there was none.  Another patient went to take a shower, only to find no soap, washcloths or towels.

These incidents taught Hunter a cultural difference between expectations in the United States and in Belize.  In Belize, families are expected to bring all the patients’ personal necessities to the hospital.  Moreover, patients are considered responsible for their health.  Often this means a stern talk about the consequences of unhealthful habits.

The nurses learned that in Belizean culture, girls have children and marry in their early teens or younger.  DiSimone assisted an eleven-year-old at her first prenatal visit.  When she asked whether the girl’s situation should be further investigated, staff told her that girls typically marry at 13 or 14.  She also found out that the average lifespan of people in Belize is from fifty to sixty years.  If a woman is unmarried by the age of twenty, she is thought to be a spinster.  Furthermore, the staff considers it inappropriate to involve themselves in personal family affairs.

The students also noted the staff’s compassion.   For example, DiSimone discovered that the young man with the seizures frequently returns to the hospital but leaves against the staff’s advice.  The doctors and nurses are never judgmental with him.

In addition to their hospital work, the students did some sightseeing, starting at the Bird Rescue Center.  Hunter describes the beauty of the place:  “Green, lush trees shaded the expansive lawn.  Palm trees dropped their coconuts and native birds talked from every tree,” she wrote in an essay.  She enjoyed walking through the town of Belmopan.  “Buildings line the streets, all painted bright tropical colors.”

The students also went snorkeling, at the Hol Chan Marine Reserve, where they ironically encountered “nurse sharks” and took a sunset sailboat cruise.

The trip was life-changing.  “My experience in the emergency room helped me realize that I was meant to be an ER nurse,” Hunter says.  “The trip opened my eyes as a new nurse and allowed me to see and understand a different culture.  I have a greater ability now to assess a patient, with limited supplies and communicating through non-verbal cues and body language,” DiSimone says. 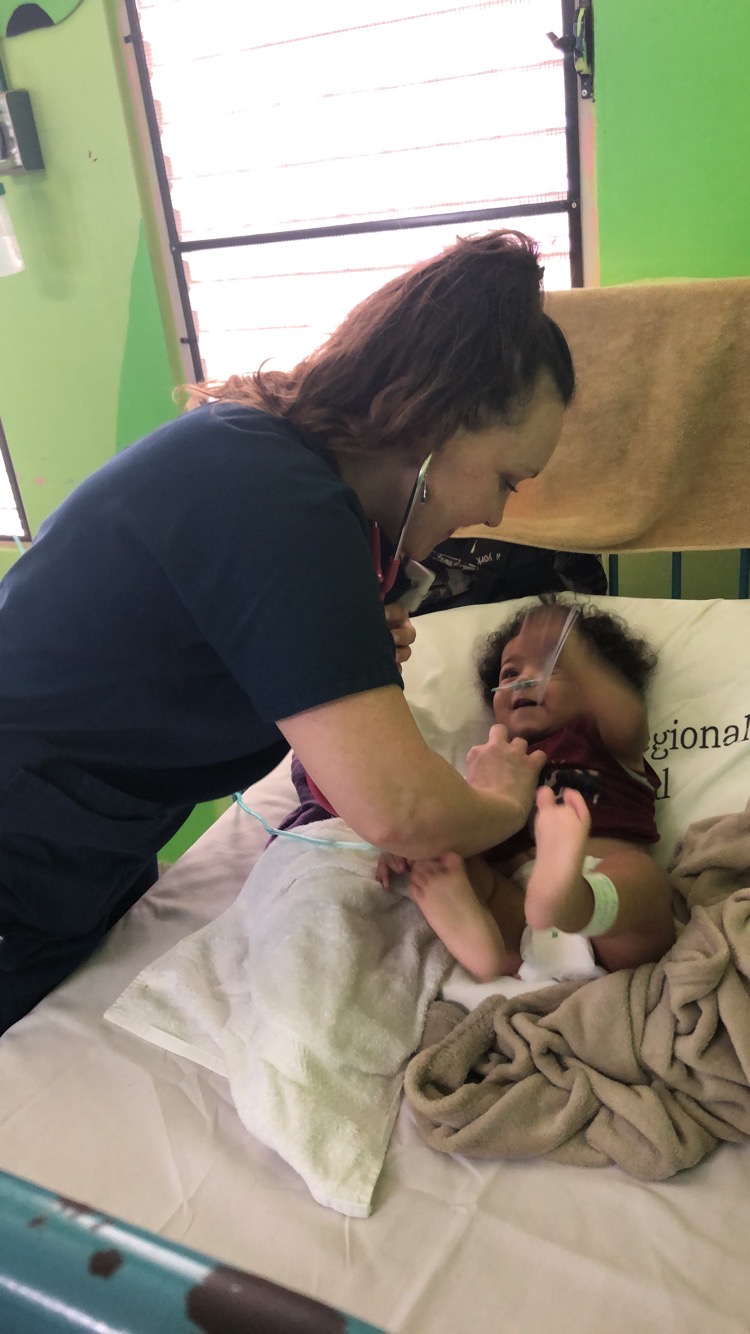 “These students will forever have a bond and understanding of the importance of including culture, along with evidence-based practice, to achieve the best outcomes for their patients,” Everhart says.

Everhart thanks Carpenter; Kim Burger from the international studies office; and Dr. Judith Rex, dean of Allied Health and Sciences.  “They made this trip possible without a flaw.  Dr. Rex’s enthusiasm and support were unequivocal.”