Earth Day is every day at NCC! 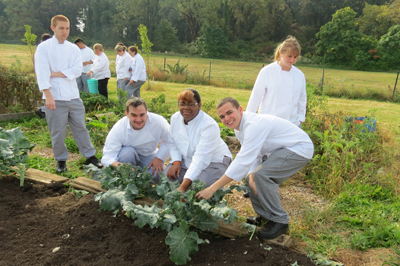 On Earth Day the U.S. Department of Education named Northampton a "Green Ribbon School" - one of nine colleges and universities across the country where, according to Department officials, "students learn to live, work, and play with sustainability and health in mind, not as an afterthought, but as an integral part of everything they undertake."   The other eight are Auburn University, Colorado State University, The George Washington University, Kirkwood Community College, Western Kentucky University, University of Minnesota, University of Virginia, and Western Technical College.  Schools cannot nominate themselves for the award.  Northampton was nominated by the Pennsylvania Department of Education.

Judges hailed the construction of Northampton's new Monroe Campus to LEED gold standards and the innovative ways in which that was accomplished.  They also were impressed with wellness and recycling programs on both of Northampton's campuses, the new environmental studies program, the College's year-long exploration of "Agriculture and the American Identity,"  and the ways in which the community garden in Bethlehem is being used for education and community outreach as well as for food production.

Northampton's commitment to responsible stewardship of natural resources was also recognized locally.  At a breakfast at Stroudsmoor Country Inn in Stroudsburg on 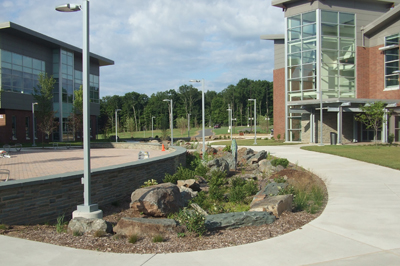 April 24 the Greater Pocono Chamber of Commerce presented Northampton with its "Save the Planet" award for energy-efficient design and construction of the new Monroe Campus, including buildings that flow with natural land contours, floor-to-ceiling windows made of high-performance glass maximizing southern exposure and natural light, and use of native vegetation to reduce storm water runoff. The 205,500 square foot campus is four times larger than the College's original site, but incurs energy costs of only $87,000 a year due to a geothermal system, high-efficiency HVAC and lighting systems, and a solar canopy that provides about 40 percent of the campus electricity.

Northampton's president, Dr. Mark Erickson says the awards are particularly meaningful because "they not only send a powerful message about Northampton's commitment to sustainability and preserving our environment, but also model what it means to be good citizens and stewards of our planet for our students."