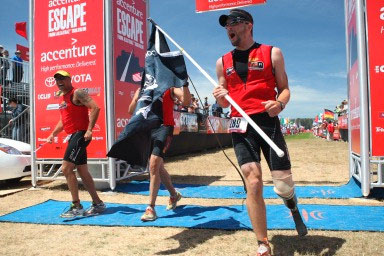 Warrior is a fitting description of Dan Lasko. Lasko, a criminal justice major who graduated from Northampton Community College (NCC) in 2009, was sworn into the Marines only a few hours before the tragic 9/11 attacks took place. But even though he could have backed out before boot camp started, Lasko is a believer in following through on his commitments.

Life would continue to go not quite as planned. Only a month after being deployed to Afghanistan, the convoy Lasko was riding in crossed over a trip-wire that detonated a homemade bomb, resulting in the loss of his leg.

It's a tragedy that set Lasko on a course that would not only change his life, but those of other injured vets.

While recovering in the Walter Reed Army Medical Center, Lasko was helped by members of the Injured Marine Semper Fi Fund, a group whose mission is to provide financial assistance to Marines injured in combat. As soon as he was able to, he wanted to give back.

And he did, through a series of grueling, physically-demanding races, marathons and triathlons. Lasko joined Team Semper Fi, a group of injured Marines who raises money for the Semper Fi Fund by competing in races. The members of the team were astounded when they are able to raise $90,000 competing in their first event.

Since then, he's competed in numerous marathons, half-marathons, triathlons, the Wounded Warrior Amputee football team, and even one of the world's hardest races: the Escape from Alcatraz Triathlon.  He managed to balance going to school with the intense training and travelling he needed to do for Team Semper Fi.

Right before he graduated from NCC, Lasko learned about the Wounded Warrior Program, which was established to create two-year fellowships for wounded or disabled veterans within the House of Representatives. Lasko was selected for the fellowship, becoming the first Marine in the country to be a part of the program. He worked as a caseworker specializing in veteran's affairs. Lasko helped other veterans obtain replacement medals and assisted with any issues involving benefits.

Today he is currently a commercial actor, speaker, and advocate for veterans. He has appeared on TV as co-host of Discovery Channel's "Saving the Heroes" and in Pedigree Dog Food's "Feed the Good" campaign. Lasko and his wife Jessica have two sons. He is among 50 alumni who will be honored by the College at NCC's 50th Anniversary Celebration on November 16.

For more of Dan Lasko's story, watch this biographical video about him. 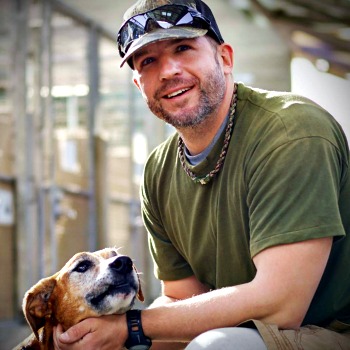