A Historian Says It's "Alive and Well" 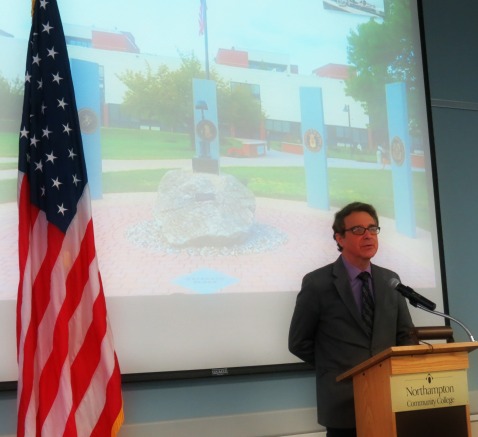 When Joseph Garrera was a young man -- in a time before cell phones, AAA or credit cards -- he had a flat tire driving down the road. The only remedy was to walk all the way home to get someone to help him. On the way, he happened upon an older gentleman, a Marine veteran who took him to his own home, found a tire, drove young Joseph back to his car, and changed the flat for him.

"I'll be back to pay you," Garrera told the veteran.

"No, son, I don't want you to pay me," the old man said. "I did what I did because I'm patriotic. If you want to pay me, I want you to spend your life being patriotic, too. Help people out when you can. That's how you can repay me."

That lifelong commitment to patriotism, defined as a love for or devotion to one's country, is what brought Joseph Garrera to Northampton Community College on November 12, to speak on "Patriotism in America" as part of the college's Veterans Week Celebration.

Garrera is the executive director of the Lehigh Valley Heritage Museum. He holds bachelor's and master's degrees in American history, and serves on several prominent Abraham Lincoln organizations. He has appeared on the Discovery Channel, C-Span, and PBS. He's even been given a tour of the Lincoln bedroom, courtesy of President George W. Bush and First Lady Laura Bush.

Patriotism, Garrera says, is a big part of American popular culture, and is like that class you take in college where the professor warns you that every chapter of the book builds upon the last, so you need to read all of them. American patriotism originated with the Revolution, and such iconic people and events as George Washington, Valley Forge, and the Battle of Yorktown.

It was biographies of men like George Washington that caused Abraham Lincoln, the next great patriotic icon, to become the patriot he was. "Lincoln didn't wake up one day and decide to be a patriot ... he got his ideals from the Founding Fathers," Garrera claims. 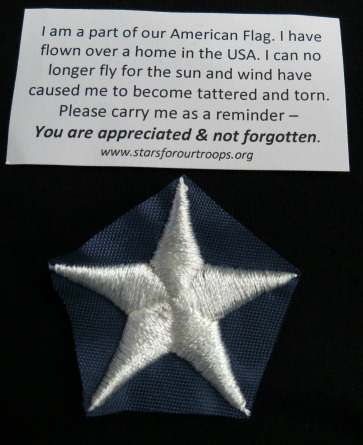 Another icon of patriotism, Uncle Sam, didn't start out as the image we now have of him, according to Garrera. The moniker came from the War of 1812, when huge barrels of beef for the troops were labeled "U.S." The initials came to be associated with "Uncle" Samuel Wilson, the meat-packer who supplied the beef. After a time, anything marked U.S. was said to stand for Uncle Sam.

Early depictions of "Uncle Sam" around 1817 showed a grizzled old man with shabby clothing. It wasn't until World War I that Sam got a makeover and a nice suit, showing up on Army recruitment posters all over the country. At that time, the iconic Uncle Sam we think of today "let people know there was something to stand up for," Garrera says.

"They say that the soldiers who fought in WWII were the greatest generation. I think all those who have fought for our country are the greatest of their own generations," Garrera says. "If someone fights to make your life better, don't you owe them a lifelong debt of gratitude? I think so."

Garrera believes that we should all be optimistic patriots. "You can be a patriot every day, by being part of a civic organization that upholds American ideals," he told the audience. "We're lucky to live  in this great country. Patriotism is alive and well here, and our country is in much better shape than what some would have you believe."