Pennsylvania Professor of the Year Teaches at Northampton Community College

Dr. Javier Ávila, professor of English, is the Pennsylvania Professor of the Year.

Dr. Javier Ávila, professor of English at Northampton Community College, has been named the Pennsylvania Professor of the Year.  The announcement 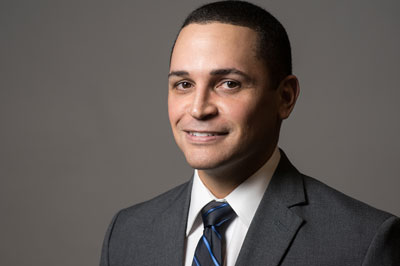 was made today in Washington, DC, by the Council for the Advancement and Support of Education,  a non-profit organization whose membership includes more than 3,670 colleges and universities, independent schools and education-related organizations in 80 countries.

The awards program is sponsored by the Carnegie Foundation for the Advancement of Teaching to recognize excellence in teaching and mentoring at two- and four-year colleges and universities.

Ávila says teaching is in his blood. Inspired by his mother, who was a public school teacher in Puerto Rico for thirty years, Ávila became a full-time college professor at age 23, the youngest professor at the University of Puerto Rico, where he taught for eight years before moving to Pennsylvania.

Since joining the faculty at Northampton in 2006, Ávila has taught a variety of courses including creative writing, modern poetry, contemporary literature, and poetry writing.  In all of his classes he is known for engaging both high-achieving students and those who are less motivated by asking questions that one former student describes as "igniting dialogue," leading to a "profound influence on students that traverses culture, age and life experience."

Ávila believes it is "crucial to identify the tools and approaches that benefit each student" and to involve students "in their own and their peers' education. Mutual responsibility," he says, "makes students accountable for one another, and they succeed as a unit, not just as individuals."

Ávila says he learns from students as they learn from him.  "The pre-college journeys of many of our students are difficult, but to treat them as though they had limited potential would diminish all of us, for we are one and the same on this path to reach the best version of ourselves."

Dr. Christine Pense, a dean who has observed his classes, says that as soon as you walk in you feel the sense of expectation.  "Students feel called to bring their best.  It is as if it would be wrong not to be prepared for this class." Dr. James Von Schilling, professor of English and humanities faculty coordinator, calls Ávila a "remarkable educator" whose students "have a genuine fondness and excitement for his teaching and his wit, style, and humanity."

Students are enthusiastic in their praise for Ávila.  Some describe themselves as "Avilites," signing up for as many of his courses as possible.  A Facebook group they created is named "Prof. Ávila:  The Man, the Myth, the Legend," for "anyone who ever thought they learned more in one class with Ávila than they ever did in any of their other classes."

Ávila is a gifted writer as well as a gifted teacher.  While teaching full-time, he has written nine books -  novels and volumes of poetry that have earned him several national awards.  His poetry is widely anthologized and is on school reading lists. One of his novels was made into an award-winning movie. Dr. Janette Becerra, a renowned writer and professor of Spanish, says that "Ávila's writing career is an extension of his teaching," and that "his work inspires students to become better readers and writers."

In nominating Ávila for the Professor of the Year award, Sara Dolci, a former student, wrote, "The classroom sanctuary that Dr. Ávila carefully constructs is one of mutual sharing, trust and understanding.  His genuine interest in students, passion for his craft, and willingness to be vulnerable through sharing his own life and poetry creates a perfectly constructed classroom in which students are guided beyond the limits of their boundaries," finding "a guidebook on how to live an exceptional life." 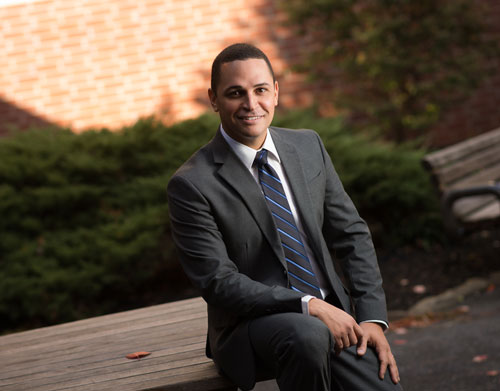 Ávila holds bachelor's and master's degrees in English from the University of Puerto Rico and a Ph.D. in literature and literary criticism from Indiana University of Pennsylvania.  He is equally fluent in English and Spanish.  Former student Jess Bolluyt says that "As a speaker and writer of both English and Spanish, Dr. Ávila understands the privilege of language, the proprietary knowledge to be gained through a deep understanding of how to read and think about what language can communicate, and he works to initiate students into that understanding." In doing so, Ávila is "a catalyst of inspiration for many students trying to maneuver the waters of self-discovery, educational attainment, and the need for societal contribution," according to Dr. Jeffrey Focht, former vice president for academic affairs.

Ávila is the third professor from Northampton to be named Pennsylvania Professor of the Year.  The other two were Dr. Vasiliki Anastasakos, professor of political science (2009) and Dr. John Leiser, professor of biology (2011).  "This is a tribute to the caliber of our faculty," says NCC's president, Dr. Mark Erickson.  "They make us proud."

Read The Express-Times article,  The Morning Call article and watch the WFMZ video.