Visitors are part of the Open World Program 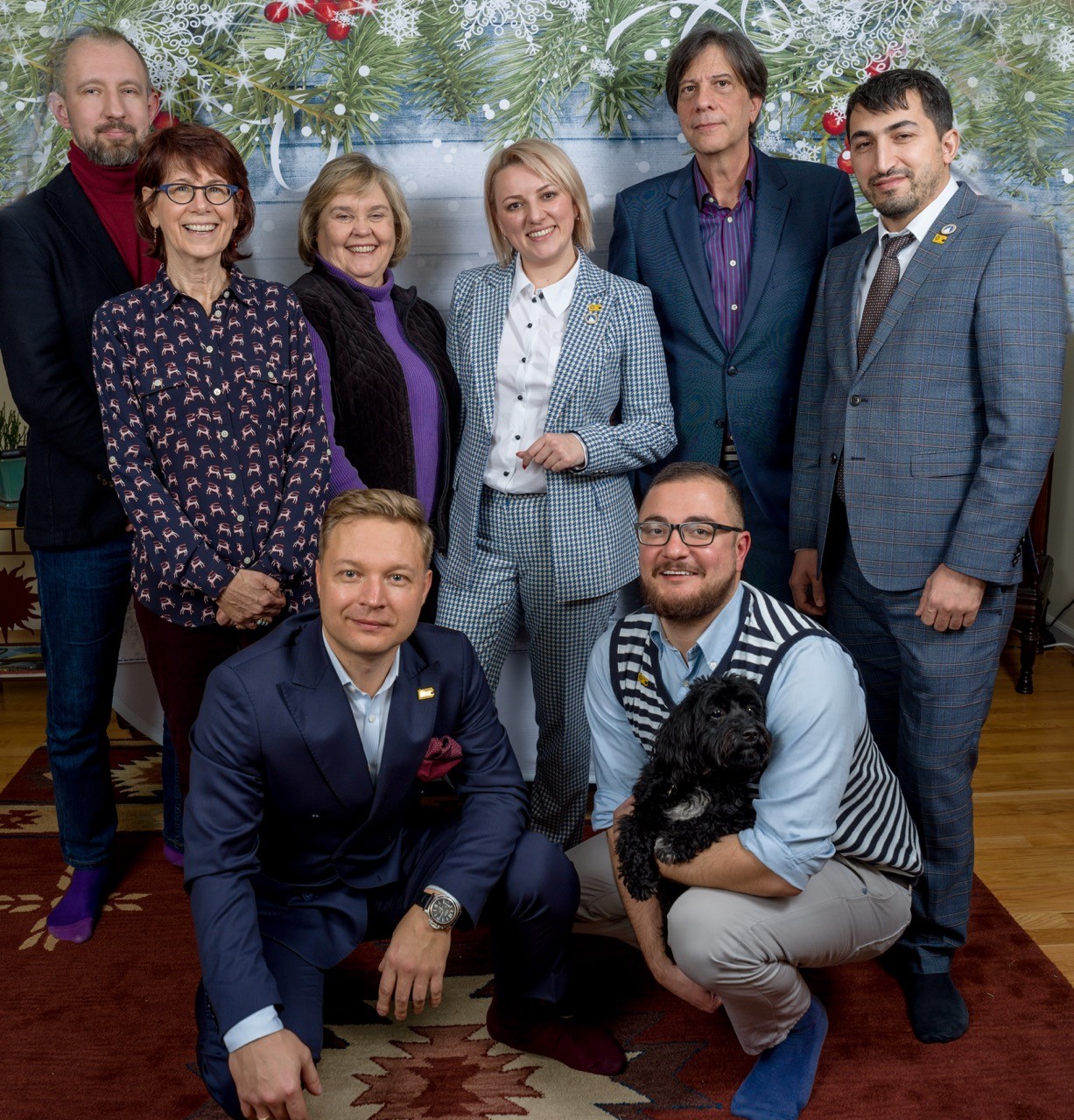 “If you feel you are a winner, you will become a winner.”  That is the motto of Rustam Magomedov, one of four successful Russian entrepreneurs who spent December 6-14 at Northampton Community College (NCC) exploring the field of entrepreneurship as part of The Open World Program (OWP).

The Russian delegates, all entrepreneurs, included Dmitriy Vladimirovich Bykadorov, Rustam Tazhibovich Magomedov, Vadim Vladimirovich Patychkin, and Yelena Ravilyevna Ichuzhkina. They were accompanied by Lucy Annable, interpreter, and Sandro Kondzhariya, facilitator, and came from many areas of Russia.  The entrepreneurs’ clients include the Russian government and companies around the world.

According to the OWP mission statement, the program brings delegates, (emerging civic leaders) to the United States “to enhance understanding and capabilities for cooperation between the United States and the countries of Eurasia by developing a network of leaders in the region who have gained significant, firsthand exposure to America’s democratic, accountable government and its free-market system.”

A whirlwind week encompassed presentations by NCC administrators; a tour of NCC facilities, including the Center for Innovation and Entrepreneurship and the Center for Teaching, Learning and Technology; visits to local startup businesses and a business incubator; a meeting with Robert Donchez, the mayor of Bethlehem, and other government officials; and trips to the National Museum of Industrial History, in Bethlehem, and the Statue of Liberty/Ellis Island, among many other activities.

On December 10, the Russian delegates gave members of the NCC community presentations about their businesses’ innovative projects. Magomedov demonstrated how his company is purifying seas and lakes by decontaminating detritus and releasing it back into the ocean. Similarly, they salvaged a lake in Moscow that was drying out by collecting rainwater, treating it and releasing it back to the lake. His company also sells materials for innovative products.

Ichuzhkina, a human resources consultant, tracks labor market trends and does career consulting and employee recruitment.  She also creates and organizes business events. In colorful, dynamic videos, which she showed at the NCC presentation, she advertises women’s business forums.  She is also concerned about middle-aged and older workers. “I want to spread awareness of the knowledge possessed by people over 45, who experience finding employment difficult, in order to help them find jobs.”

Patychkin’s business concept is that of creating knowledge. They sell expertise in telecommunications, railways, and surveying, even preparing leasing packages for clients.

Bykadorov is a recruiter, career counselor and consultant for the healthcare industry and feels great satisfaction in helping to open a rehabilitation hospital in Moscow.

The delegates talked about a major concern of the Russian government: the need for young entrepreneurs, to get them ready for positions in the economy. Bykadorov attributes the relative scarcity of Millennials to old attitudes toward entrepreneurship; which is changing, as entrepreneurship becomes trendy and even fashionable.

The American and the Russian participants also discussed differences in approaches to entrepreneurship in their countries. In Russia, new businesses are largely sponsored by government grants, while in the U.S., they more often start at the grass roots level and are supported by private foundations.  Academia plays a smaller role in entrepreneurship in Russia than it does in the U.S. Nevertheless, Russian companies follow outstanding students, subsidize their educations and hire them after graduation.

The Russian delegates shared their early impressions of Pennsylvania: They cited the Benjamin Franklin Program, which serves as an incubator for entrepreneurship, with four centers in Pennsylvania, one of them at Lehigh University. They also characterized the people they have met here as open, professional and generous.

The topic of entrepreneurship is particularly applicable to NCC this year, as the NEH series’ theme is social entrepreneurship.  Shortly before the Russian delegates’ presentations, Professor Bill Mutimer, head of the NCC Theatre Department and chair of this year’s NEH series, talked about social entrepreneurship, the practice of businesses giving back to the community. He gave as one of several examples NCC’s East 40 Garden, where students, faculty, staff and community members grow fresh food without insecticides and where participants also learn educational lessons: in math, science, reading, cooperation, and countless other areas.

Many of the Russian businesses the delegates discussed also serve the public good. One example given was that of a woman in the Ural Mountains who teaches women in remote villages to make shawls according to an ancient technique, which the women can then sell.

Along with a lot of serious discussion, a bit of levity entered into the conversation, one that Pennsylvanians can certainly identify with: “Please don’t judge Pennsylvania by our roads,” said one American participant to the Russian visitors.

In previous years, NCC has hosted One World delegates from Serbia and Ukraine.