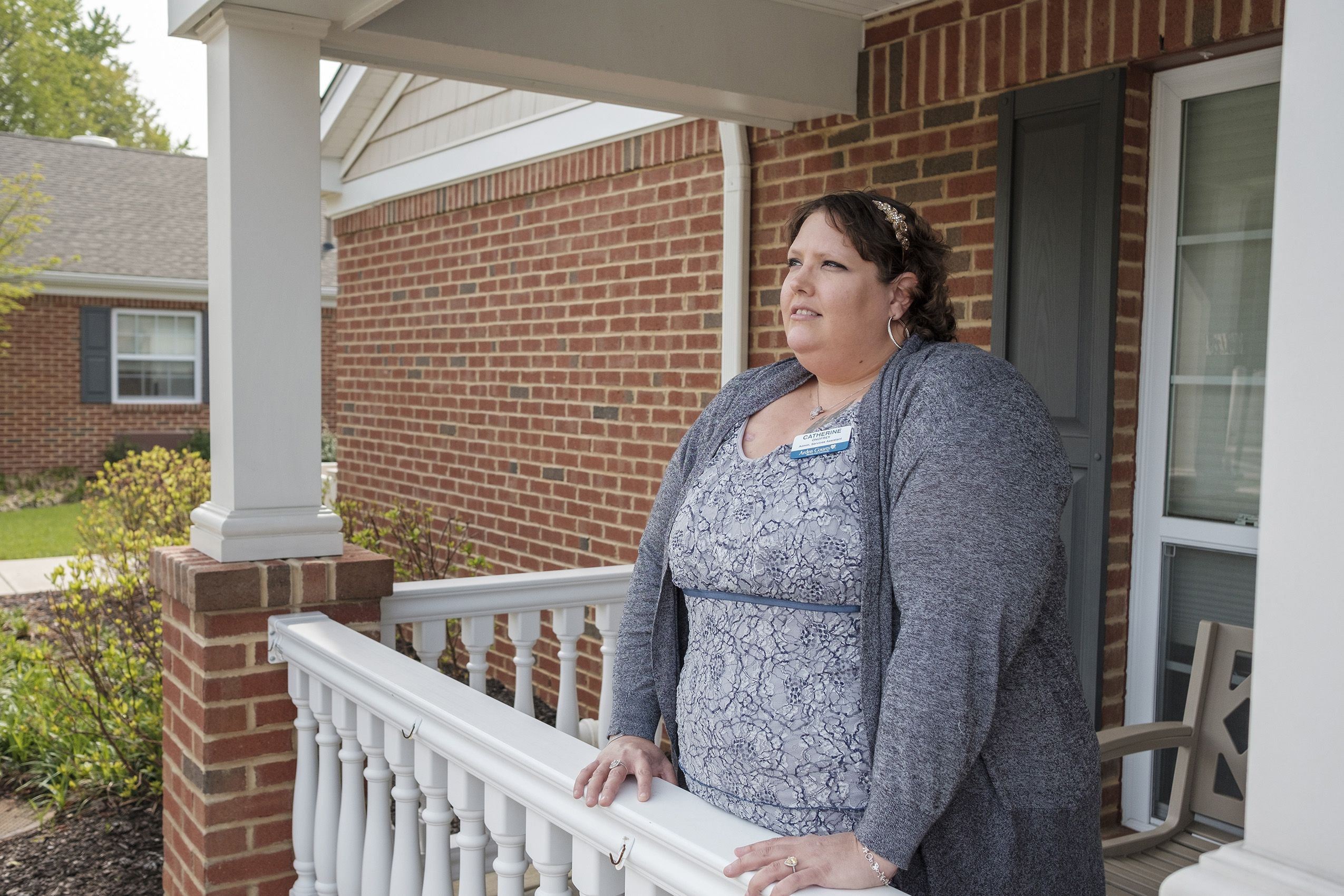 Everything in Catherine Onofrey’s life was stable. Her job in a nursing home laundry facility wasn’t her dream job, but it was making ends meet.

She had unconditional love from her fiancé and his two children. Life was good.

Then, one day everything blew up.

“I thought it was just a hernia, but I was experiencing nausea and weight gain. I didn’t understand what was going on,” said Onofrey, who recently earned her medical secretary certificate at NCC’s Monroe campus.

Things came to a head in March of 2018 and she found herself in the ER at Lehigh Valley Hospital – Pocono. A CAT scan revealed her left ovary had expanded to the size of a cantaloupe. Suspecting it was cancer, doctors wanted to operate immediately.

Insurance problems caused delays and the surgery to remove her ovary was pushed back a month to April. By that time, it had grown to the size of a watermelon and weighed 26 pounds, with two gallons of fluid in it.

When lab testing on the fluid came back, the news she dreaded was confirmed; she had stage 1 cancer.

To make matters worse, during the surgery, a complication arose. Some of the fluid from her ovary leaked into her abdomen, increasing risk that the cancer could spread. She was immediately put on three different chemotherapy drugs for several months.

During this time, she wondered, terrified, if the cancer had moved into other parts of her body.

“I’m going to be 40 in two years,” Onofrey thought, “and I want to do something with my life, with my future.” Indeed, the cancer was about to change the trajectory of her life, but not in the way expected.

Living in East Stroudsburg and motivated by her circumstances, she found the Medical Secretary Certificate Program at NCC’s Monroe Campus through her local Careerlink office.

Onofrey finished chemotherapy in July 2018, was found to be cancer free in August, and began classes in September, wasting no time. 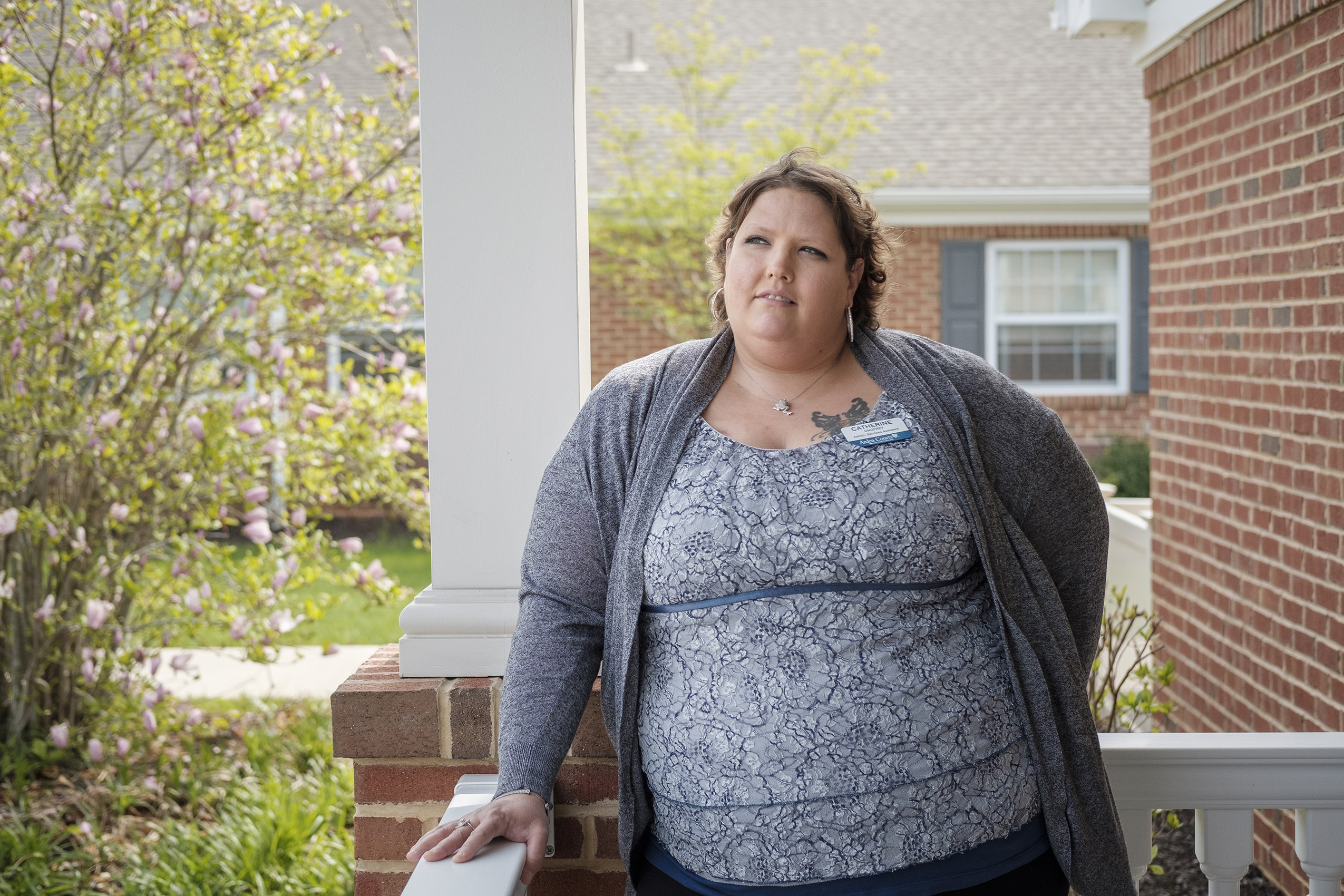 The strong-willed Onofrey graduated from the program last November and quickly landed a job in Arden Courts Senior Living Facility in Easton as an administrative assistant. She went into the medical field because of the job opportunities and her love of customer service and helping people. “As hard as it is because of the pain and sickness I have had in my life, you need to keep busy and put other people first.”

She credits her fiancé and his two teenage boys, who have been there for her throughout her medical trials, for giving her the incentive to go to college. “My family is number one in my life. I want to support them by starting a better career.”

Throughout it all, Onofrey says she felt support at NCC in and out of the classroom. “Instructors Alicia Martin, Dana Nicholson, Liz Shaffer and Kevin Molnar would talk to me and help me focus on the long run. They’d say, ‘don’t let this break you.’” And her classmates were right there to help keep her focused and lift her up when she needed it.

“We were more like a family because we were able to relate to each other, and we had compassion for one another. That’s what makes us suited for the field we were going into. You need that empathy.”