Sweets for the Sweet

The students came to say thank you to the donors whose gifts enable NCC to provide more scholarship aid than any other community college in Pennsylvania.  Without that assistance many of the students in the room might not have been able to further their education. 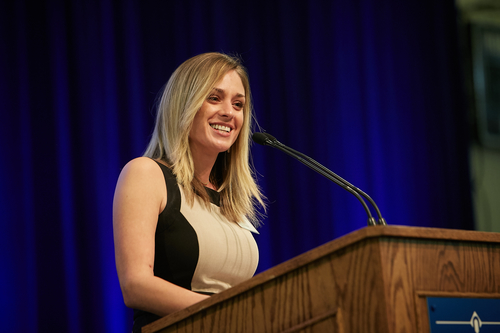 Holli Johnson was one of them.  Holli will graduate in May with an associate in science degree in radiography.  Her path to graduation was anything but straight.  She started taking classes at NCC nine years ago, but had to withdraw when her son was born.  Convinced that "creating a future for my son and myself was the most important thing I could do," she returned to college while supporting herself as a bartender.

The first time she applied for admission to the highly competitive radiography program, she was not accepted.  Disappointed, but not deterred, she "took classes for nursing as a back-up plan."  Her hard work was rewarded when she reapplied to the radiography program and was accepted, but there were still challenges ahead as she juggled classes, required internships, motherhood and working.  A scholarship helped her complete her senior year.

"To me this scholarship is more than a generous monetary gift.  It's validation that this path is as right as it feels, that I have a future in a career I love, and the pride and passion reward themselves."  Looking to the future, Holli said she hoped to return to NCC as a donor making a difference for someone in a situation similar to her own.

Adding to the excitement at this year's dinner were the presence of the founding president of NCC, Dr. Richard C. Richardson, and his wife, Pat, who was very 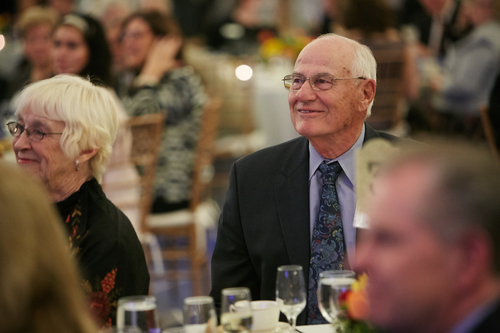 active on campus and in the community, and Dr. Javier Avila, a faculty member who had just returned from Washington where he was named Pennsylvania's Professor of the Year.

Presiding over her last recognition dinner as chair of the NCC Foundation, Diane Martin presented Jason Laubach with an award given to a member of the College staff outside of the Advancement staff whose work significantly advances the work of the Foundation.  As NCC's controller, Jason has "become a real 'go to' guy, overseeing financial reporting, investments, fund management and IRS filings for the Foundation," Diane said.

Diane's leadership of the Foundation was lauded by NCC's president, Dr. Mark Erickson, and also by Arif Fazil who will succeed her as chair.  During a brief Board meeting, Mike Molewski was elected vice chair; Curt Hoyak, Gary Olson, Bob Oster, and Denise Spence were elected to their first terms on the Board, and John Alexander, David Kennedy, Diane Martin, Robert Rupel and Paul Schuchman were reelected to the Board.  Diane thanked outgoing Board members Kate Haney, Donna Taggart and Tim VanSyckle for their service.

The following long-term donors were recognized for consecutive years of giving: