The Art of the Language

Seeking to make it big in America

We live in a nation that’s been called the great melting pot. Pick a nationality, and you will find it represented in the United States. It truly is the land of opportunity, and that’s why so many come to America from far-off lands.

But not everyone arrives with language or communications skills well developed enough to help them succeed at the highest level. And that’s where NCC’s English as a Second Language (ESL) kicks in to make all the difference in the world.

Meet Megumi Taguchi. Her long journey to NCC began in Tokyo via New York City before she settled in as a Spartan. A native of Japan, the NCC art major came to the United States in 2017 and lived in New York City for a year before Bethlehem, and NCC’s ESL program, beckoned. 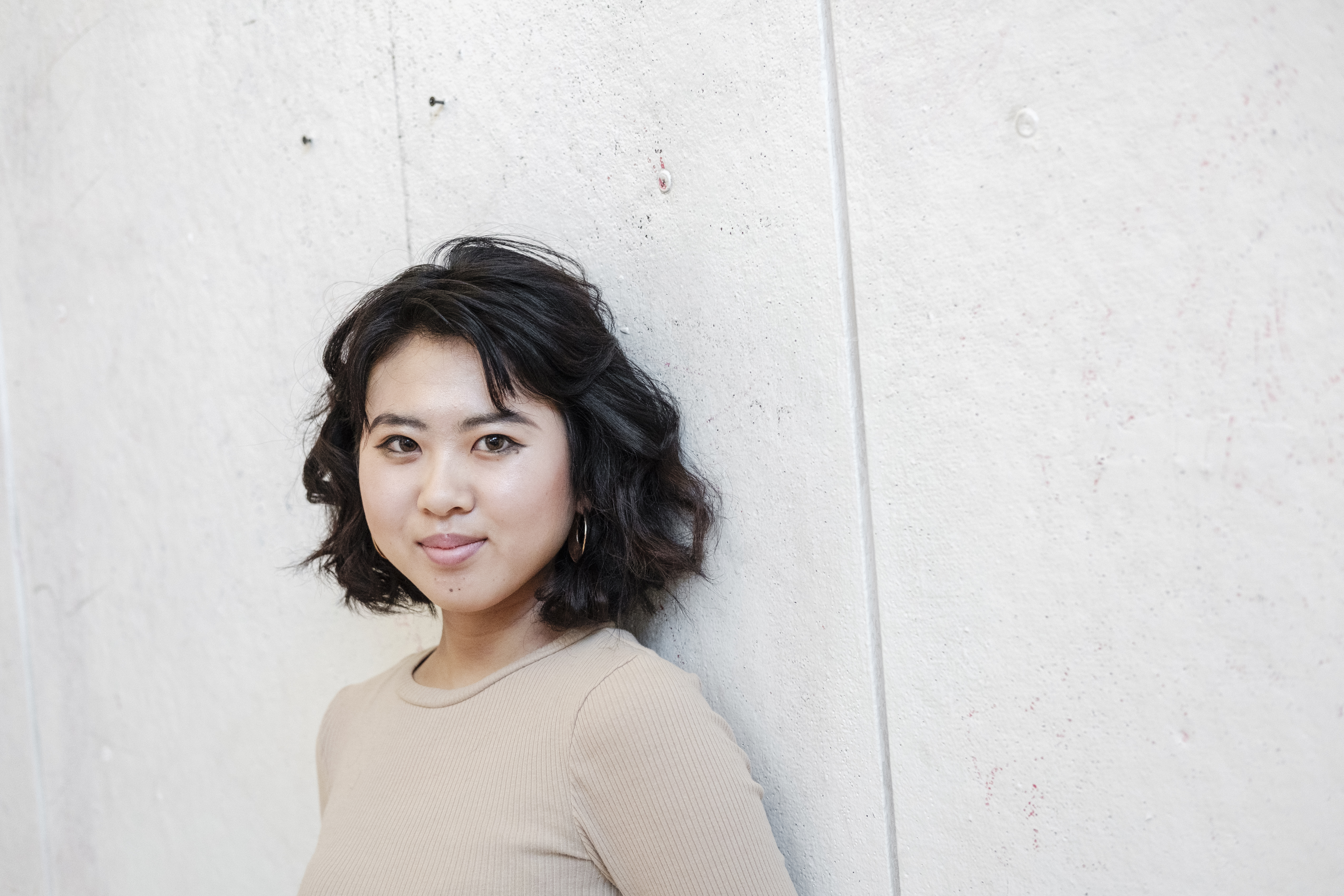 “In Tokyo, I decided to major in fashion, and when I applied to university, I tried to find one that integrated my love of art and matched my major. They told me that I could not do that, so I decided to come to the United States,” Taguchi says. “I’ve made good friends. I taught art at a private art school in Manhattan. This country has already given me so many opportunities.”

But mastering the English language was a hurdle that remained for Taguchi, and when she learned she could enroll in NCC’s ESL program, and take art classes at the same time, she was sold. “In the past, I was afraid to show my art. I worried that no one would like it because it’s unique. But uniqueness is very important in this country and at this school. People are more open to my art and complement it, and I really appreciate that,” she says. 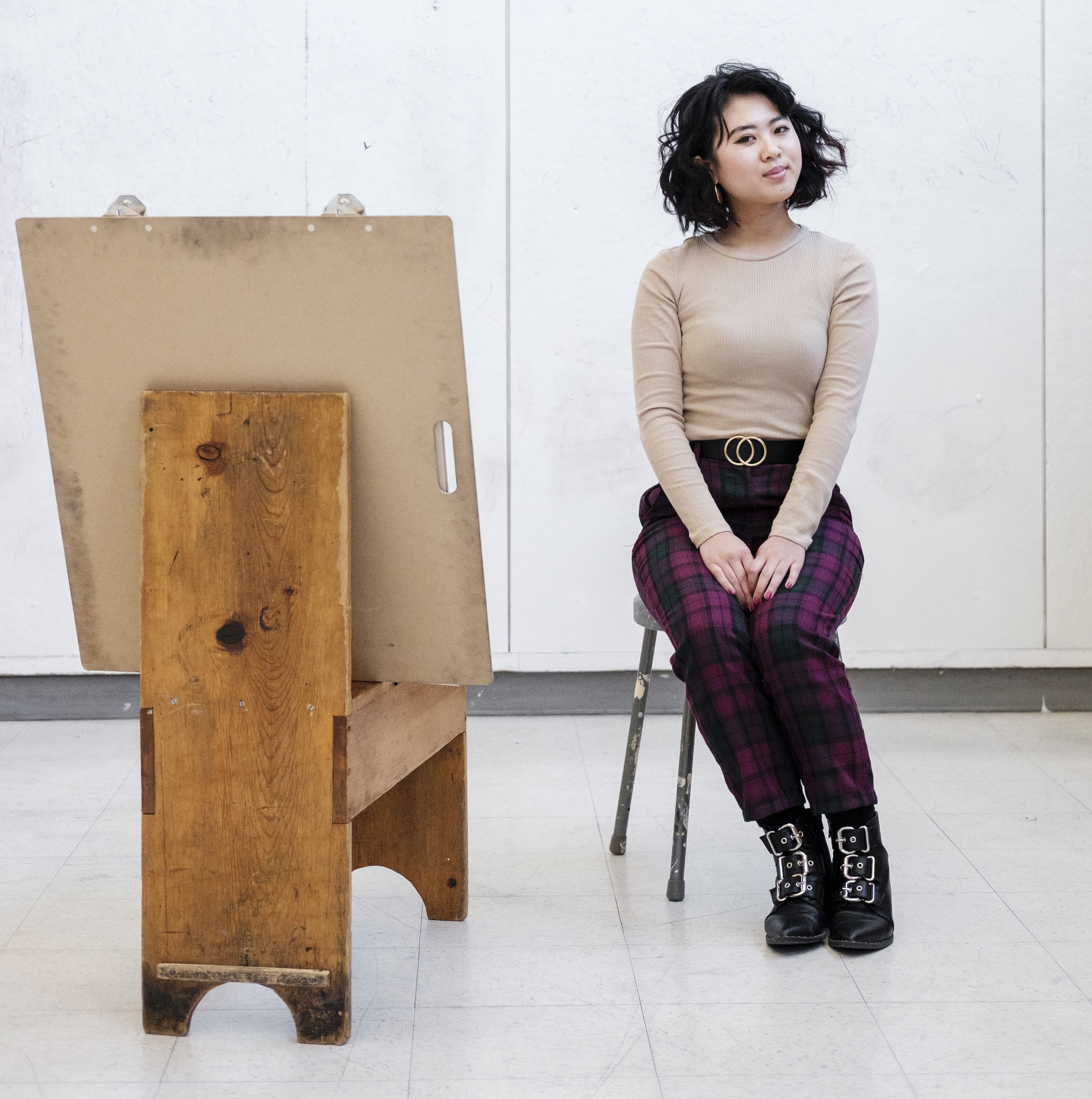 NCC’s ESL program was first developed to provide community members and international students an opportunity to bring their English speaking, writing and comprehension skills to a level that will help them to succeed in the workplace or at an American college or university.

“Our program is a credit program that students can take full or part time,” says Brandon Andrews, professional assistant in the ESL program. “During the semester, we need students to complete a certain number of lab hours, which could include participating in a conversation group, attending an event or completing computer hours, so they’re getting more immersion and practice than what they receive in the classroom.”

Taguchi plans to finish her associate degree in fine art within two years and then … well she’s not quite sure. “I would like to get a job here in the States. I would very much like to teach about art, especially if I can introduce Japanese culture and traditional styles, because my art is connected to Japanese history and culture.” 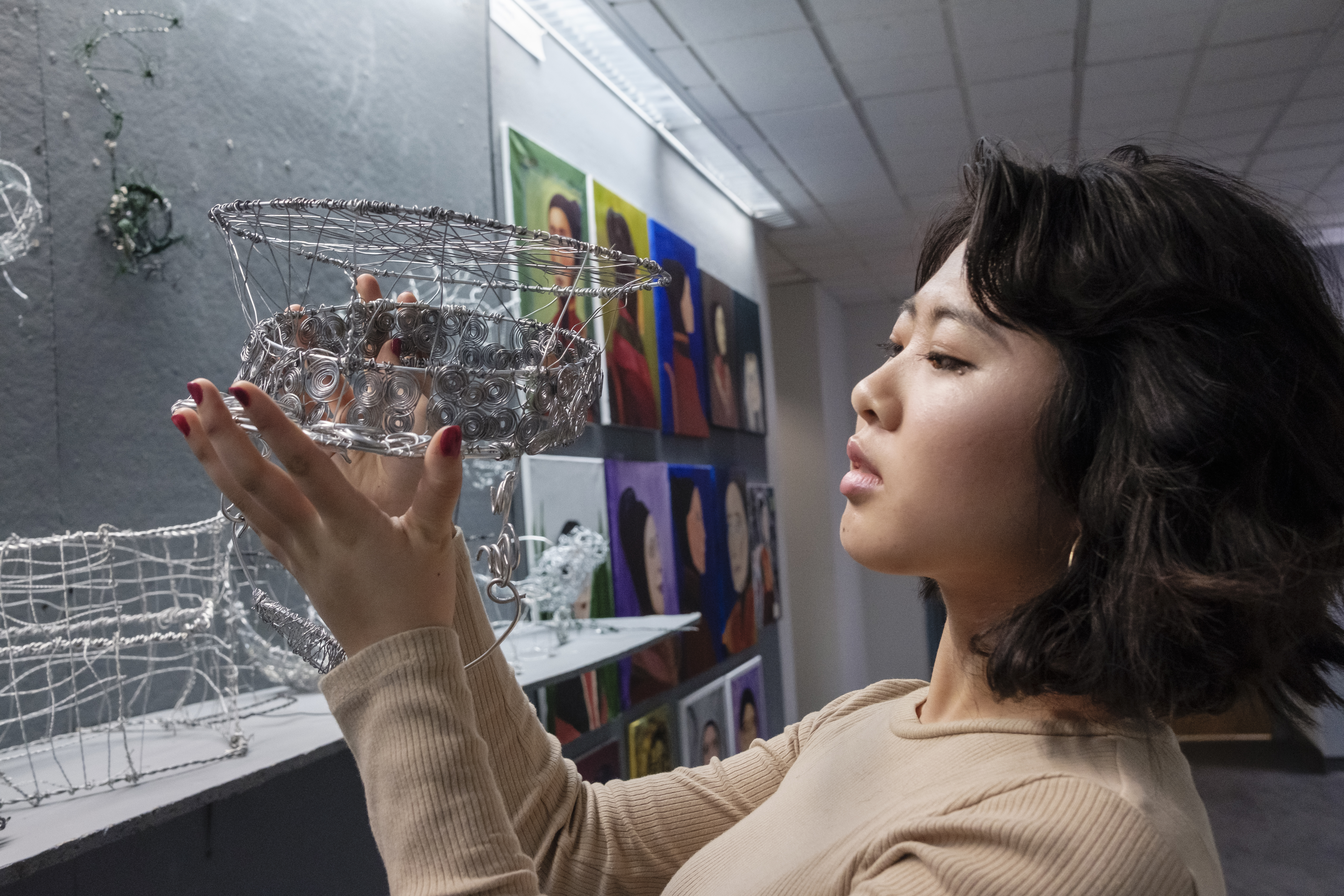 For now, however, she is enjoying both the ESL and art programs. “The professors are great and helpful. They encourage me, and I don’t get embarrassed anymore. I just want to talk with people and show my art. That’s my purpose.”

“About 75% of our students are permanent residents from the community and 25% are international representing over 45 countries,” says Andrews. “With all the students in our program, not only is there diversity in the ethnicities and language culture but also in our students’ goals and education backgrounds.

“Some want to study English full time and transition to an associate or bachelor’s program. Other students who work full time take evening courses to improve their English for family or personal reasons — to get a promotion or hone their career skills.”

“We offered instruction, housing, and cultural activities. It works beautifully with the program as a whole because students can complete the ESL program faster when they have the opportunity to improve their language skills throughout the summer. The length is shorter, but the instruction is intense,” Scott says.

She says the Summer ESL Institute was specifically designed to facilitate the transition to college for international students who are away from home for the first time. The program helps students acclimate, improve their English skills, and learn more about the culture before they begin their degree program.

“Oliver Sanon is a great example of how a student’s English can improve during an intensive program,” she says.

Sanon, originally from Haiti, was NCC’s first participant in the pilot. “I decided to come to NCC to improve my English fluency, because I will be in the U.S. for four more years. I’m going to Juniata College and majoring in management.”

“The people here care about how you’re doing and what your next steps are. I’ve met some good people and friends here, and I will definitely come back to visit,” Sanon says.

Former student Williams Bangre studied English at NCC in 2018. The young man from Burkina Faso, in West Africa, says, “I got accepted to Kutztown and they told me my English was good enough to go there directly. But my father advised me to take more English classes because English is not our native language. I talked to the people at Kutztown who told me about their partnership with NCC, so I came here for the spring.

“The teachers here are very supportive. I have been studying English since seventh grade but it wasn’t that intensive. NCC’s environment is definitely better because I’m around Americans who speak English and I need that immersive element.”

This immersive element of NCC’s ESL program that was so helpful to Bangre is also a boon to other local non-native English-speaking students. As Andrews says, “We are helping to break down barriers for non-native speakers. Improving their English skills is the first and most crucial step on the path to achieving their goals.” 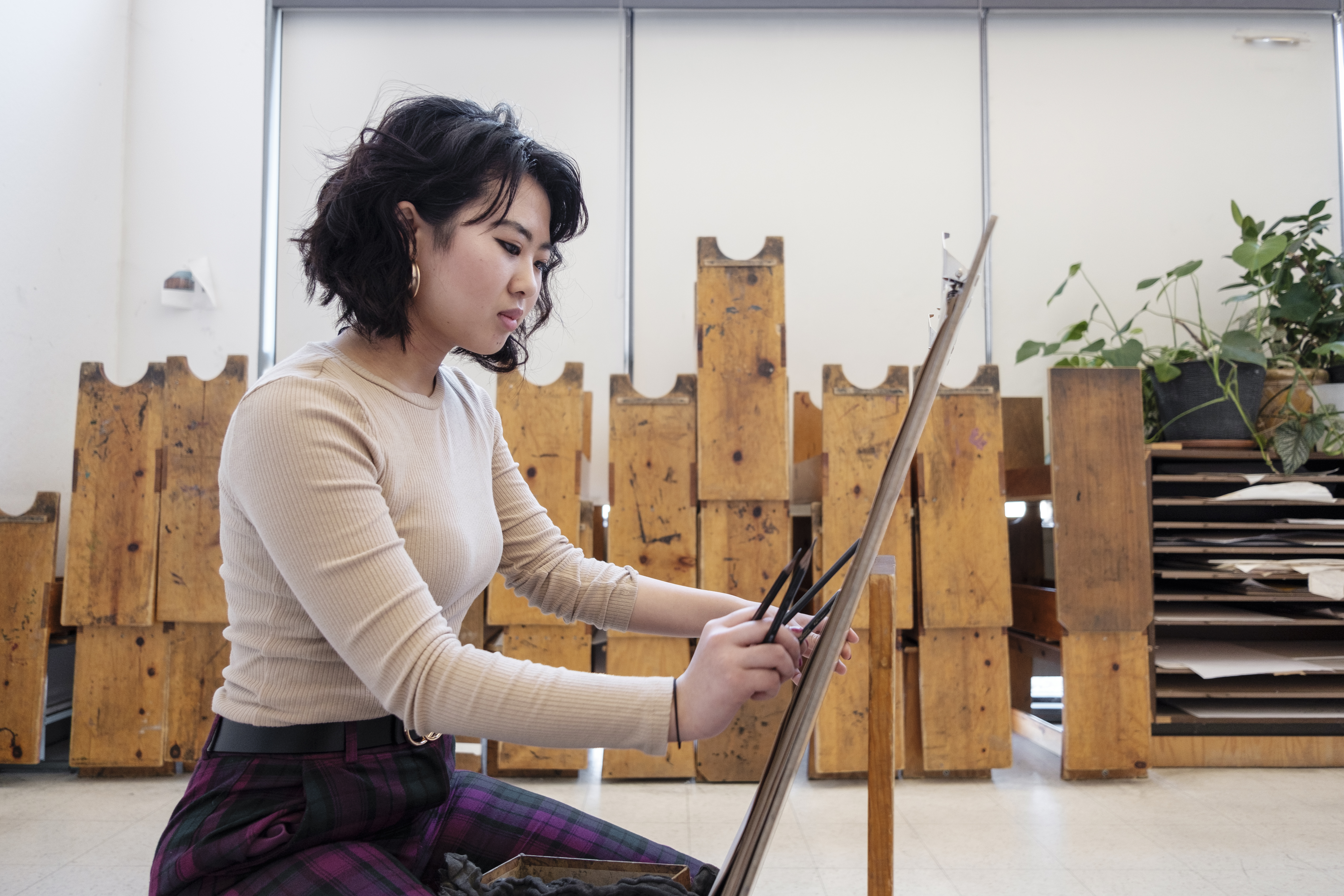