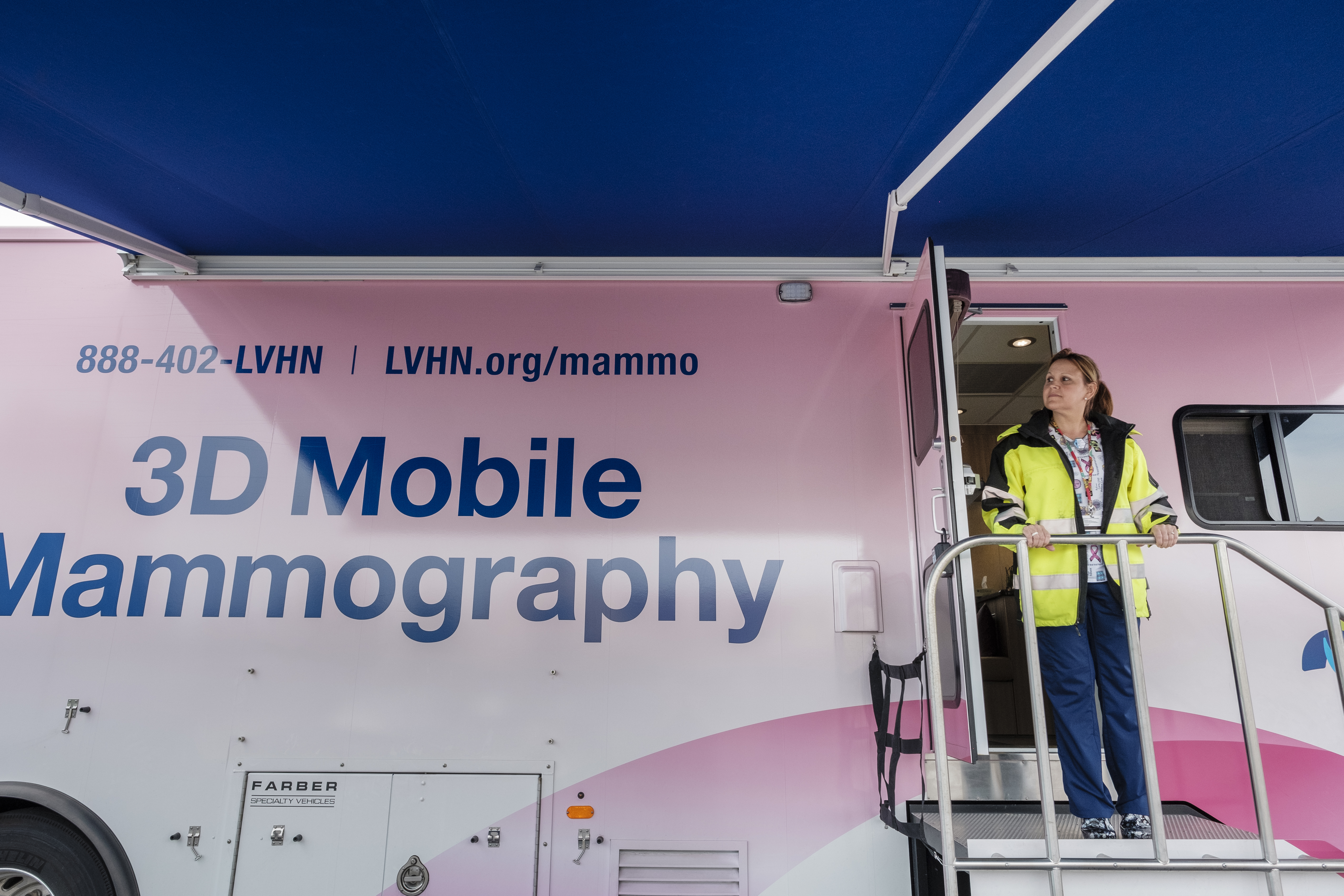 Anne-Marie Serfass has never met a challenge she didn’t like, or take!

And so when she was deployed as a Navy Reservist from 2005 to 2006, she didn’t shrink at the thought of what was to come. She took leave from her job as a radiographer at Advanced Radiology and left her young son behind with her husband to report to the radiology department at a naval hospital in Portsmouth, Virginia.

She remained there until duty called her to work for part of the year on the USNS Comfort, a hospital ship that provided medical support and humanitarian aid for victims of Hurricane Katrina.

After her deployment concluded and she returned home, she found work with Lehigh Valley Health Network. The NCC radiography graduate heard her new employer was looking for someone to take their show on the road, working on a mobile breast screening van. It was a challenge Serfass couldn’t resist. Before long, she once again found herself at the precipice of something new.

“I thought it sounded like something different and that it would be fun,” said Serfass, 52. “I guess I was just ready for a change.”

She may have gotten a little more change than she bargained for. As it turned out, her new role as a mobile mammography technician required her to earn a commercial driver’s license (CDL) to operate the 40-plus-foot motor coach, which travels the region to provide mammograms.

“To get the job, I had to get my CDL,” Serfass said. Of course, she knew right where to head for the necessary training — NCC! Before long, the always fearless Serfass had enrolled in the college’s high-demand, semi-macho truck driver training program.

“I even gave up my family vacation to go to CDL school in Tannersville,” she said.

The program was held last August, with Serfass the only woman in her class. In four weeks, she learned to master the 36,000-pound coach that serves women in the Lehigh Valley and beyond.

“It was the hottest time of the whole year, and I’d spend my days crawling under the truck and getting grease in my hair,” she said.

“There was an awful lot to learn” she said. “It was stressful, but I got a lot of support, both from the other members of my class and my colleagues at work.” 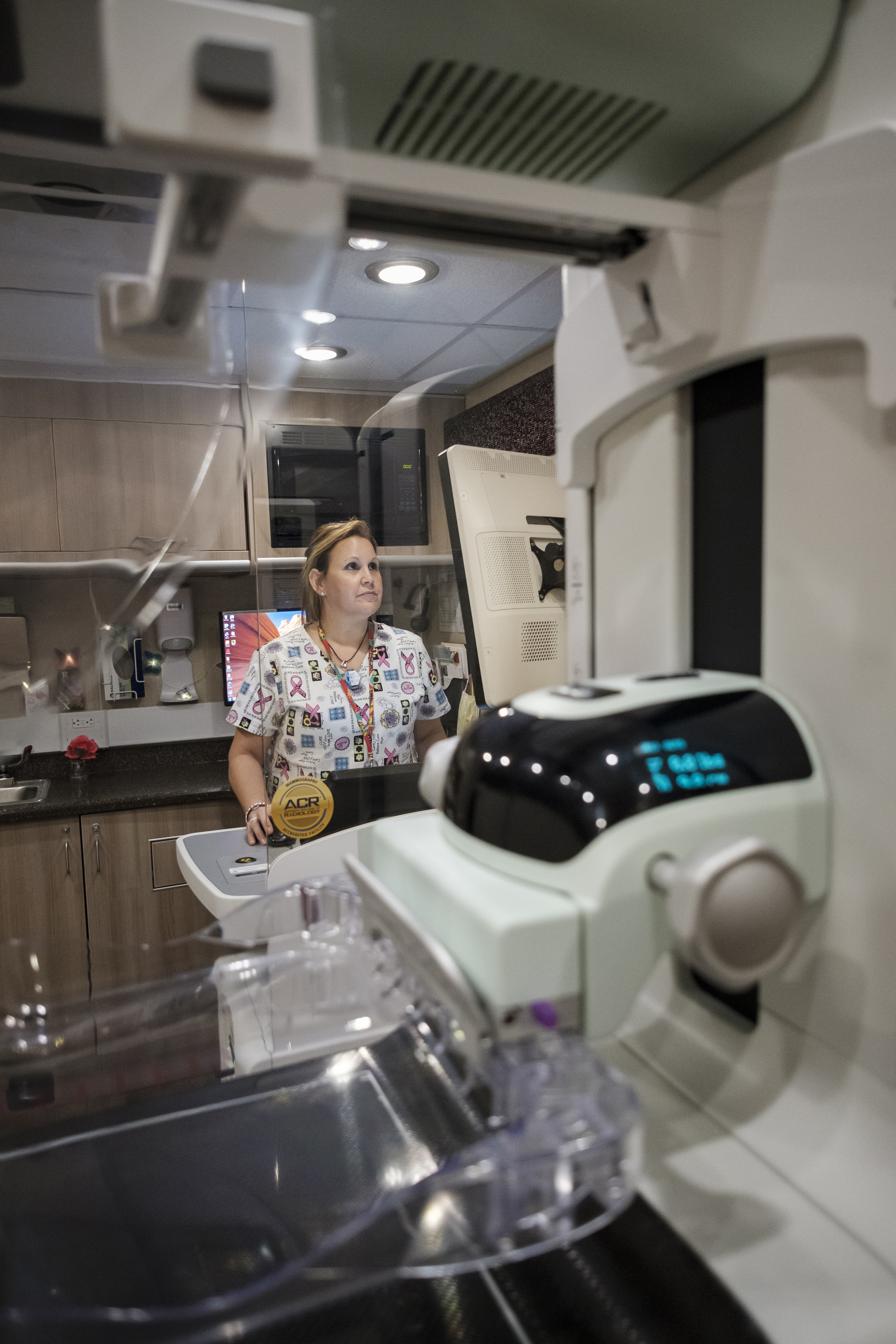 At the end of the program, Serfass had earned a Class B CDL and was ready to hit the road. She’s been driving and working in the mobile screening van ever since.

The colorful coach gets a lot of attention as it moves from place to place.

“It’s a blast,” Serfass said. “I’m ecstatic that I did it. I absolutely love being out and meeting people right where they are.”

An open, empathetic person, Serfass connects with the women she serves in the van.

“Some of the women who come in don’t have anyone else to talk to, and they open up to me,” she said. “I love talking to them and hearing about their lives. It helps me to put my life in perspective a lot of times.”

She also is encouraged that the mobile screening coach enables women who might otherwise not have access to mammograms.

“We get women who haven’t been able to get a mammogram for a couple of years, but now they have a place to go,” Serfass said. “All they have to do is look for the big pink van.”

Also, mammograms provided in the van are 3D mammograms, which employ the latest technology in imaging.

“She’s been driving for eight years, so she can give me some good tips,” Serfass said. “We are quite the team on this rig.”

She credits NCC for not only teaching her how to drive a commercial vehicle, but for much of her overall career success.

“Northampton has been amazing for me,” she said. “This school made it possible for me to have a good career as a radiographer technologist and then was here for me again when I needed to get the CDL.”

Equipped now with her CDL, Serfass is looking ahead.

“Things seem to be going well, and I hope I can do this for a long time,” she said. “I never thought I’d be in this situation. It’s amazing.” 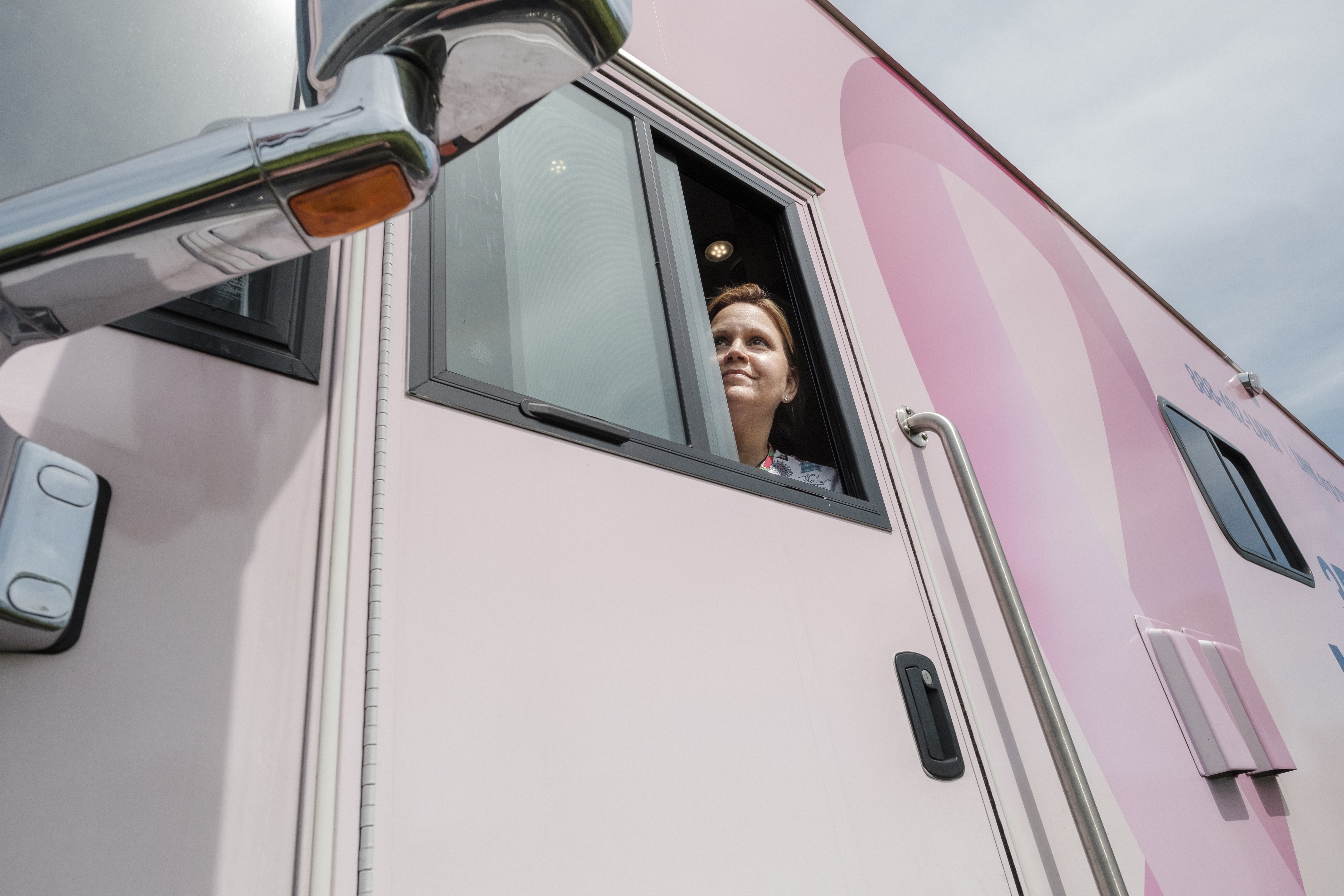