A Culinary Challenge in China 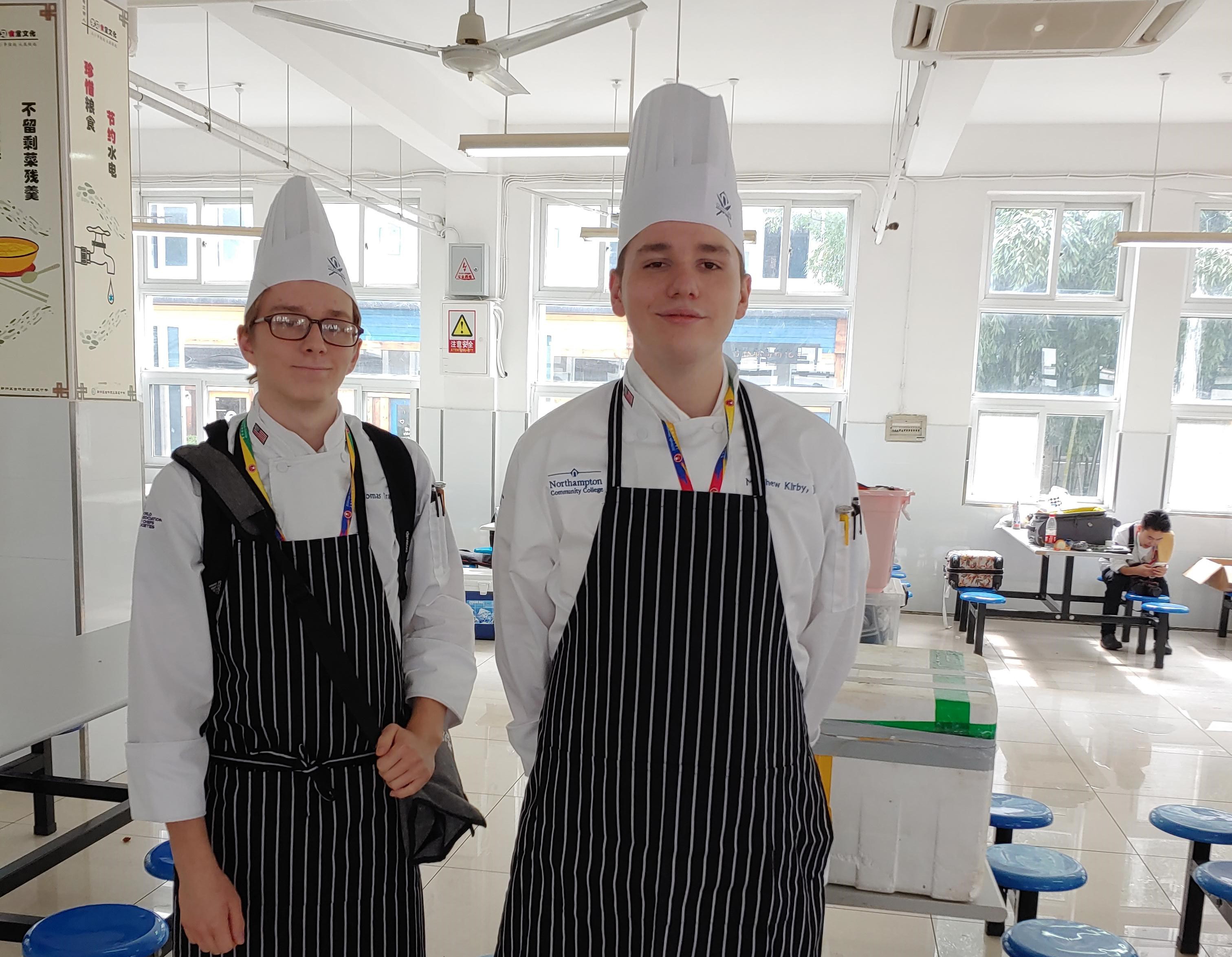 Imagine going to a country you’d never been to before and vying with 165 well-honed, professional competitors from sixteen countries, from Estonia to South Africa, in an international culinary contest. Some of these competitors make their livings entering challenges worldwide.

Competitors were judged on a cold appetizer and a hot, Western-style entrée, one a “two to tango,” in which teams worked together, and one meal made individually. The Kirby/Traupman team prepared duck breast with sweet potato puree, a mixed berry gastrique, and sautéed spinach with a sweet potato chip. For individual entrees, Kirby made pan-seared, boned lamb, a barley-mushroom risotto, a veal demi-glace, and carrot tuile. Traupman cooked salmon with everything-bagel seasoning, a lemon-dill béchamel sauce, potato latkes, and sautéed asparagus with pickled mustard seeds and shallots.  Both young men won bronze medals for their individual entrees! 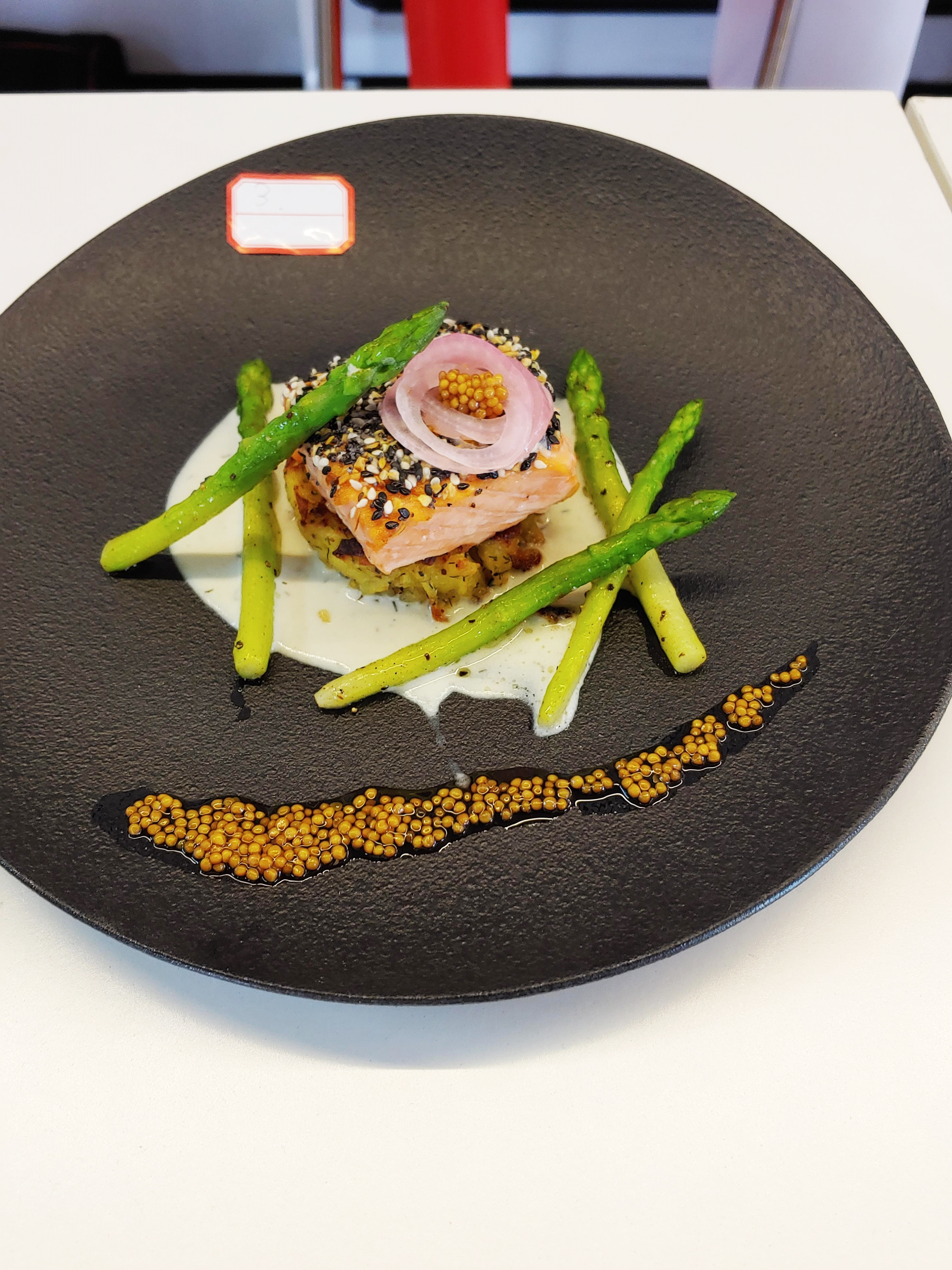 In addition to creating their own dishes, Kirby and Traupman observed critiques of other chefs’ dishes. “Matthew and Thomas watched professionals compete and saw how they did it,” says Chef Marz. “They learned that the devil is in the details.”

“I learned to work cleaner, arrange my plates more nicely, and be attentive to detail and organization,” Kirby says.

In addition to culinary technique, they also learned how to navigate in an unfamiliar country and its kitchens. The grads had to be adaptable with ingredients, substituting foods at hand for ones they had intended to use, but were not available. For examples, crab apples filled in for green apples, Sambuca for fennel. With the help of Google Translate, they shopped at stores, took cabs, explained their need for equipment, and got used to a different time zone.

They also experienced aspects of Chinese culture: the care taken to waste nothing, and lives spent living in survival mode. “In China, people eat to live; in America, people live to eat,” Marz said. They found the streets to be extremely crowded, with bicycles, cars and fabric-covered mopeds. The vast population lives elbow-to-elbow, with little of the personal space Americans take for granted. Cellphones are ubiquitous. 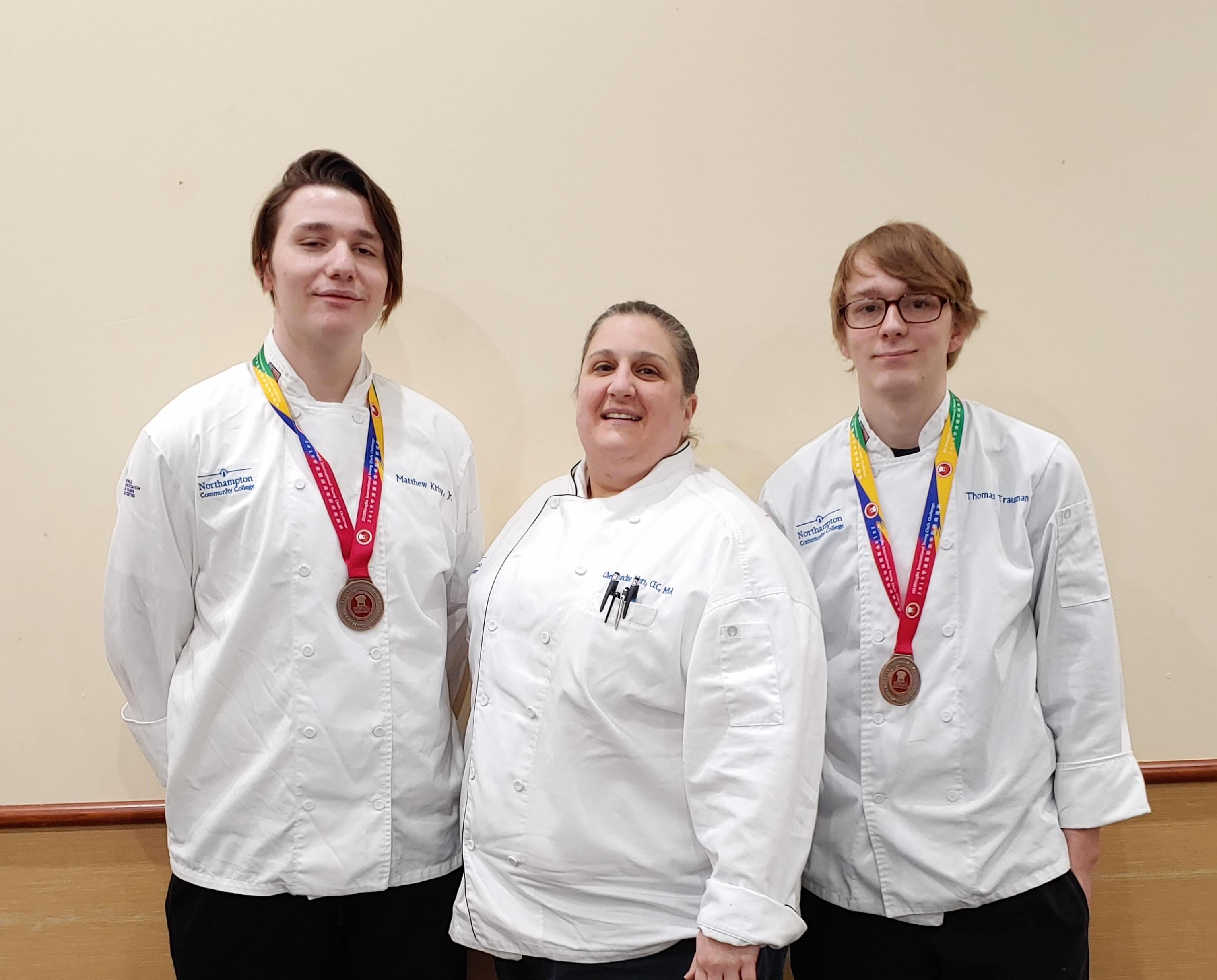 On a trip to a mall, the alumni encountered popular American restaurants, some with a twist. A McDonalds served their regular burgers, but had taro pie instead of apple pie. A Dairy Queen offered oolong tea blizzards, and a Pizza Hut featured pizza, but also escargot, calamari, steaks, and burrata pie.

Marz is proud of these two. “The trip had a great impact on Matthew and Thomas,” she says. “They learned a wide range of skills. In a different environment, they had to use strategy to obtain ingredients and equipment. They had to be on their game every moment.”

Most of all, she says of the two, who had never been outside the United States, “they learned that there is a big world beyond the Lehigh Valley.”

The contestants' enthusiasm was palpable, in their excited tones of voice and their eagerness to talk about their experience. Both said, that if given a chance, they would return to China. 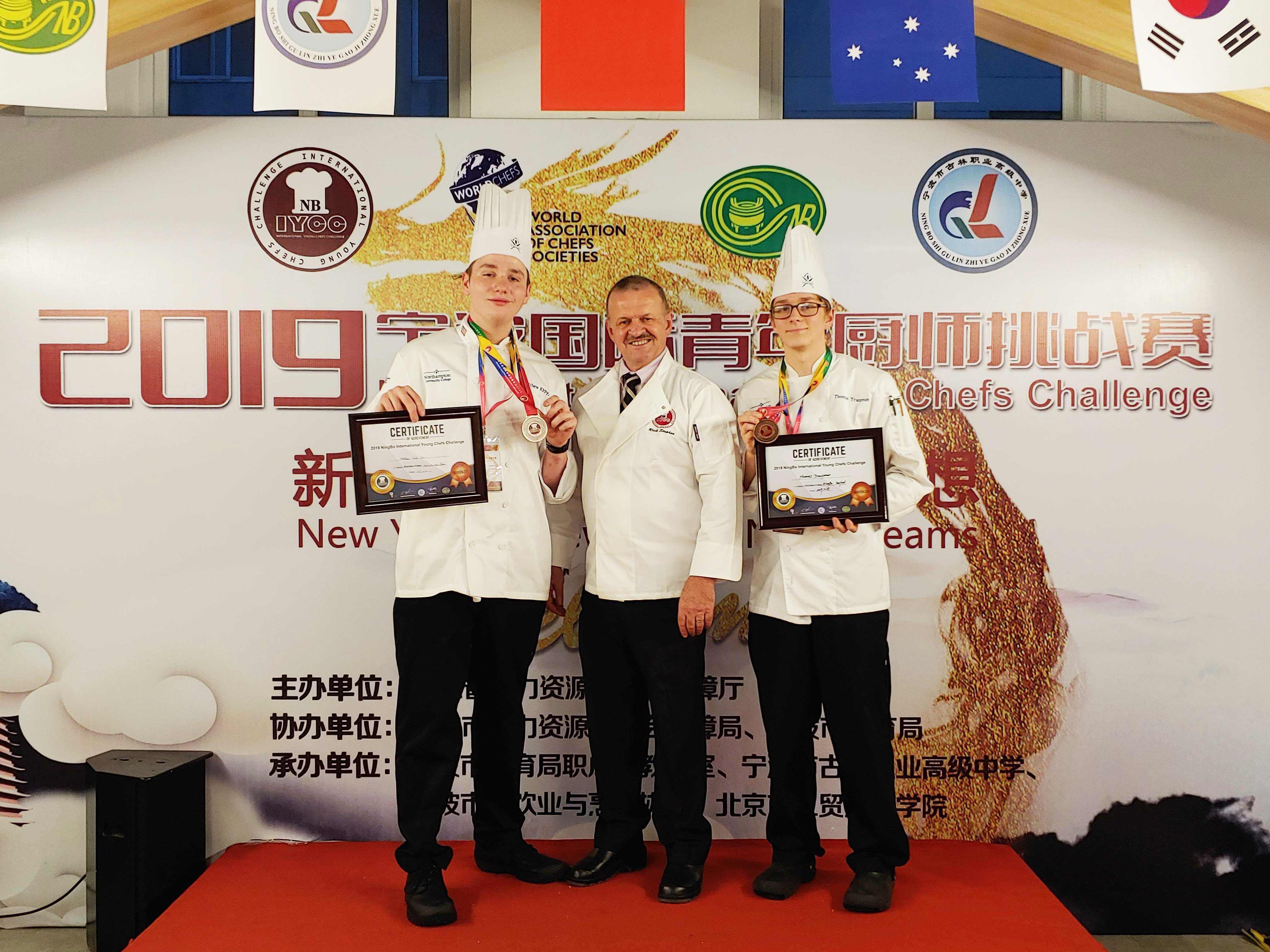