A culinary adventure in China 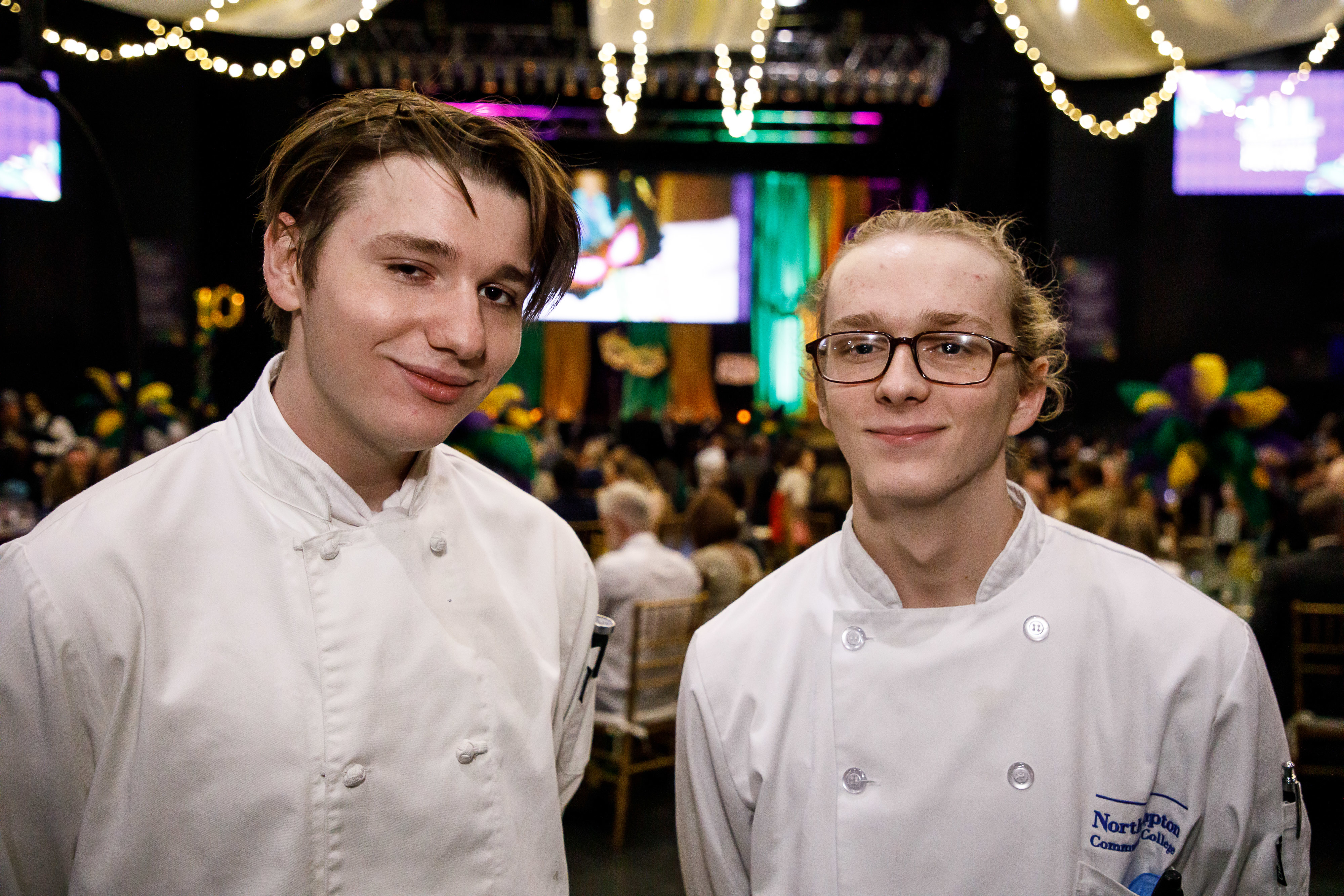 Two culinary arts majors at Northampton Community College (NCC) have been invited to compete in the International Young Chefs Association Challenge in NingBo, China, from October 24-26.  Matthew Kirby and Thomas Traupman will represent the United States as one of sixteen international teams and the only one from the U.S.  To participate, competitors must be 25 or younger.  Francine Marz, director of NCC’s culinary program, will accompany the students and help prepare them for the event, at the Gulin Vocational Technical High School located in the northeastern part of the country. The three-day competition is endorsed by the World Chefs Association and includes culinary competitors and teams from Australia, Singapore, Cambodia, Indonesia, Malaysia and China.

Kirby and Traupman were chosen for submitting the two top-ranked essays among their NCC group of students.  They will vie as a team against other international teams and as individuals challenging each other to bring home a gold medal.  For the team competition, they will be creating two dishes (one seafood and one chicken, pork, beef, lamb or duck entrée), three plates, each, in one hour.  Then the two will individually face off against other culinarians, producing one dish, two plates, again with one hour to prepare.

One challenge the contestants will encounter is a different array of ingredients and equipment from those available in the U.S., a fact which will demand their improvisation.  Chinese food, as prepared in China, can differ substantially from that served in Chinese-American restaurants.

Chef Marz foresees great opportunities for Kirby and Traupman.  “Just being able to see another part of the world and cook outside their comfort zone is eye-opening,” she says.  “In addition, they will get to meet people from around the world, be exposed to another culture, build their skill set, hone their craft, gain confidence in their culinary abilities, and be able to build their resumes.”  Kirby and Traupman have been preparing for months, practicing at least once a week perfecting their dishes for this competition. “This is a tough competition and I’m excited to see how they will do, cooking under the pressure in a foreign country”.

Kirby and Traupman look forward to their upcoming trip with great enthusiasm.  Kirby plans to venture beyond traditional American cooking.  Traupman anticipates learning how to work under pressure, gaining new methods and expanding his plating technique.  Both are eager to meet other young chefs from around the globe.

We will find out about their adventure after their journey.  Watch for an after-trip article on the NCC website during the fall semester.